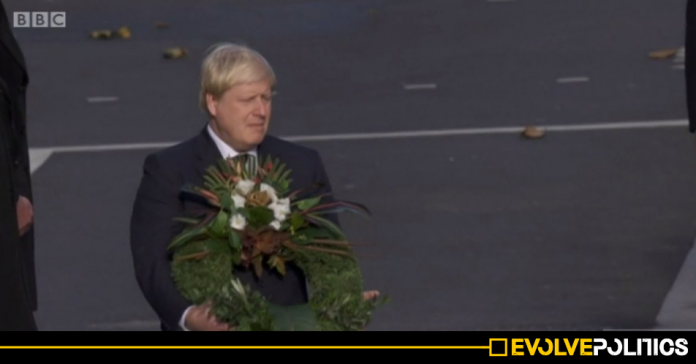 The BBC have been accused of ‘covering up’ Boris Johnson’s extraordinary gaffes during yesterday’s Remembrance Day service at the Cenotaph – where he stepped out of line too early and laid his wreath upside down – by using footage from 2016 rather than from yesterday’s proceedings in their rolling news reports.

A tweet from Ava-Santina, a producer at LBC, revealed that the BBC have made the bizarre decision to use footage of Boris Johnson from three years ago to report on yesterday’s Remembrance Day service.

“Slide One is Boris Johnson, yesterday, laying a wreath upside down on the Cenotaph”

“Slide Two is the footage BBC News are rolling with this morning – bizarrely, it’s from 2016.”

Accompanied with her tweet were two pictures: one from the BBC’s live broadcast of the event yesterday: And an image of the footage the BBC are using in their rolling news broadcasts this morning – which dates back to 2016: Slide One is Boris Johnson, yesterday, laying a wreath upside down on the Cenotaph

Slide Two is the footage BBC News are rolling with this morning – bizarrely, it's from 2016. pic.twitter.com/8BrOyA9Kyr

And the LBC’s Producer’s claim was verified by BuzzFeed reporter Mark Di Stefano, who admitted that the BBC were indeed using old footage of Johnson in today’s news reports, but said there was “likely an innocent explanation“.

There’s likely an innocent explanation for this –– young producer couldn’t find yesterday’s footage for overlay or something –– but can confirm BBC running Remembrance footage from years ago. https://t.co/piRRrAoadK

Another viral tweet also questioned why the BBC’s Breakfast programme were using the clip of Boris Johnson from 2016 to report yesterday’s proceedings:

Hi @BBCNews. Could you please explain the editorial decision to use this footage of Boris Johnson laying a wreath in 2016 on this morning's news bulletin instead of footage from yesterday's service?#BBCBreakfast #BorisJohnson pic.twitter.com/bzyw1bktx7

Virtually all the responses to the tweets claimed that the BBC had made a concious decision to use old footage in order to cover up the Prime Minister’s gaffes.

This is probably the most shocking Tory propaganda the BBC has done to date. Be sure to share it. https://t.co/AfuQKIu0Ha

Funny how these “innocent mistakes” always benefit the Conservatives, though…

'Footage from less than 24 hours ago? Where am I expected to find that? What's that you say, three years ago? Easy, it's saved on my desktop.'

Editorial policy of "Since what actually happened doesn't make him look good, we'll substitute something that didn't but does."

This is outrageous and unacceptable. I've complained. Disgusted by this but not surprised.

Absolute proof of @BBCBreakfast bias towards Tories and Johnson.

In addition to his two major gaffes during yesterday’s Remembrance Day service, the Prime Minister was also widely criticised for appearing ‘disheveled’ and ‘scruffy’ .

Despite the media consistently criticising the Labour leader Jeremy Corbyn for his appearance and actions at previous Remembrance Day services, there has yet to be widespread reporting in the UK press of Boris Johnson’s many faux pas yesterday.

The BBC have responded by saying their decision to use the 2016 footage was a “production mistake“.

This morning on the programme we incorrectly used footage from a Remembrance Day service that was not filmed yesterday.

This was a production mistake and we apologise for the error.

However, many have already pointed out that the BBC would have needed to search through their archives to find the 2016 footage – making the excuse that it was simply a “mistake” highly implausible:

A production mistake… Where you mixed up yesterday's VT with one from 2016 that you had to search for in the archives? Yes, that's very plausible. Thank you for making it clear…..

In addition to BBC Editors ‘mistakenly’ searching through their archives to use footage from 2016, they also appear to have overlooked the fact that the video also showed numerous politicians in attendance who have long since left their positions: 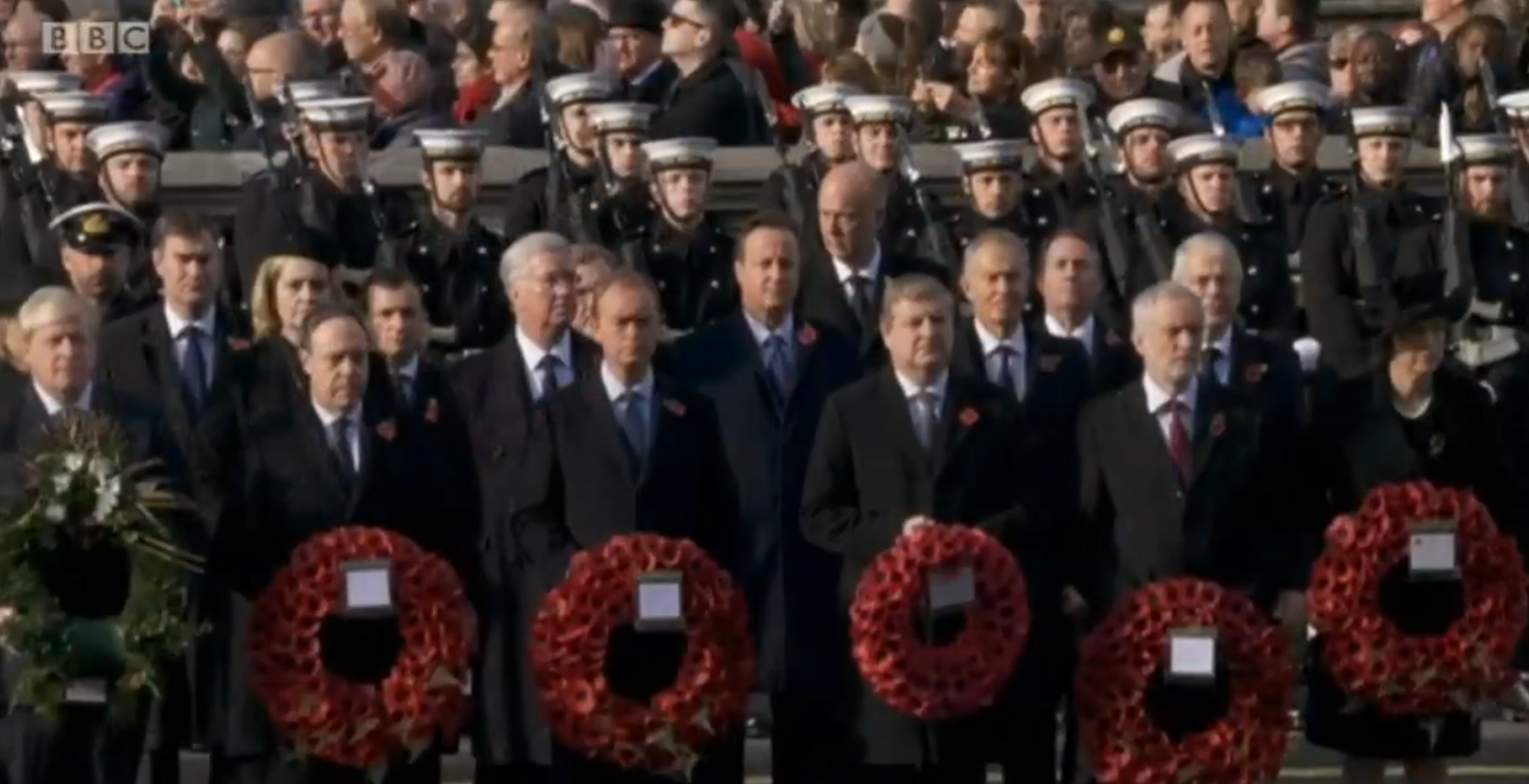 Clearly an easy “mistake” to make.