Tens of thousands of people have gathered in London today to take part in the #NotOneDayMore protests against the shambolic Tory government and it’s continuing failed agenda of austerity.

The event, organised by The People’s Assembly Against Austerity, has seen huge numbers congregating in a mass show of strength against an increasingly wobbly Tory government.

As you can see from the tweet below, the numbers were quite something:

Unlike a vast array of anti-government protests to have taken place this year, the BBC have decided that this particular one is big enough that they might have to do some actual reporting on it.

However, during a live interview on the BBC News channel, one protester decided to show the cameras exactly why he was attending today: 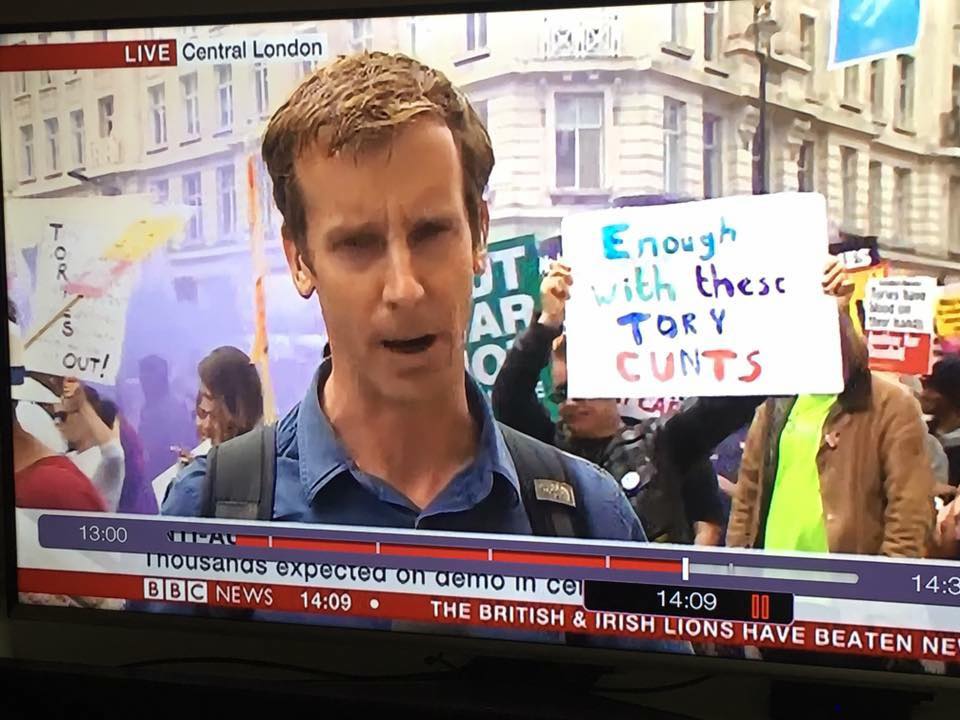 Unfortunately for the man getting his 15 minutes of fame in front of the cameras, the BBC probably won’t be showing his interview again any time soon.