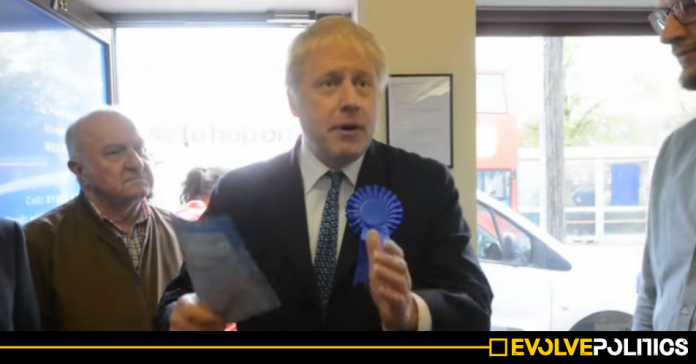 The former Foreign Secretary and leading candidate to be the next Tory leader, Boris Johnson, has, astonishingly, been exposed lying about voting for his own party in the Local Elections.

“I just voted Conservative in the local elections. Make sure you do too! You’ve got two hours left to get out and vote!”

However, just a few minutes after posting the tweet, Johnson inexplicably deleted it.

As it soon emerged, the reason Boris Johnson deleted the tweet is because he is a resident of London and there weren’t actually any Local Elections held in London yesterday – meaning he had just issued a brazen lie about voting for his own party.

Unfortunately for Johnson, there is a website designed to catch MP doing exactly this sort of thing – Politwoops: 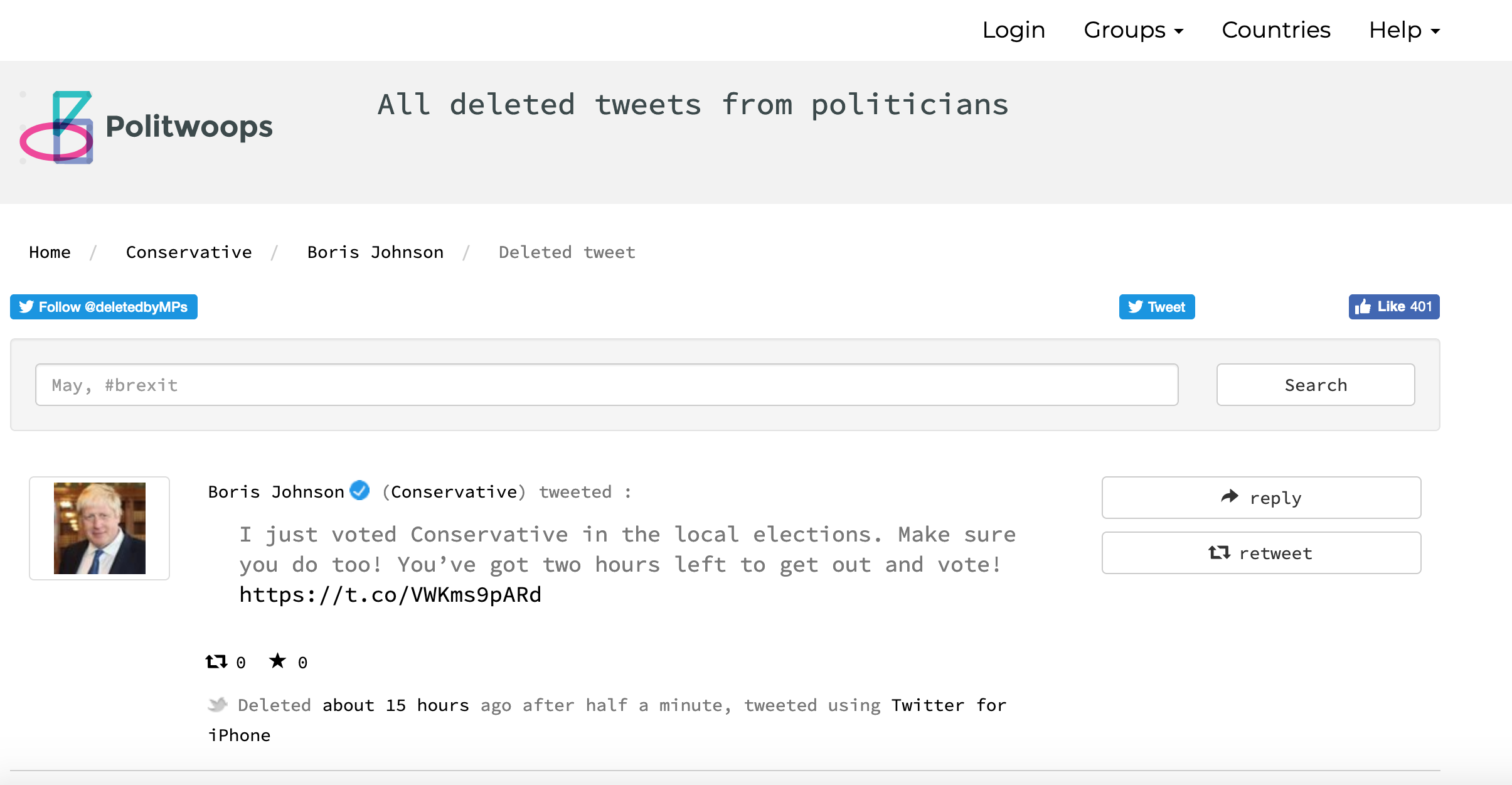 And sure enough, just a few hours after deleting it, Johnson’s truly ridiculous, and utterly inexplicable, lie was picked up by Twitter legend James Felton – and, well, the rest is the rest:

Boris Johnson (former mayor and current resident of London) tweeted that he just voted in the local elections.

He deleted when he was informed that there are no local elections in London today.https://t.co/p8Urwe1mC1 pic.twitter.com/nwH3Cj8pmm

It’s almost as if this Johnson’s chap is a liar. https://t.co/7IHqy2V0aO

Boris Johnson is a compulsive liar. You cannot trust a single word he says. https://t.co/eam9kPRPYK

The man that some Tories consider making Prime Minister. https://t.co/wOlV54t8mU