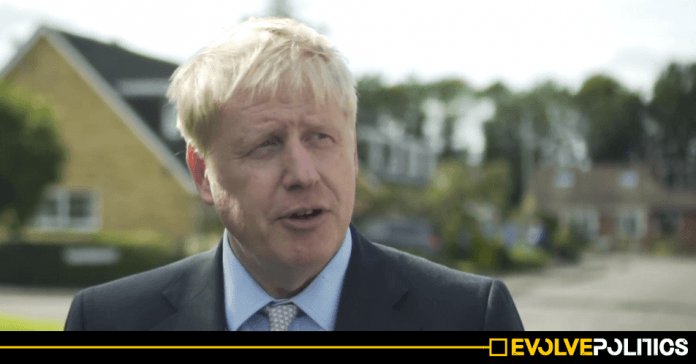 The clear favourite to be the next leader of the Conservative Party, Boris Johnson, has today risked the wrath of ordinary working people by pledging to spend a staggering £10Bn cutting taxes for the rich by raising the 40% income tax threshold from £50,000 to £80,000 – plans that, conveniently, could see MPs like himself pocket an extra £6,000 a year.

Currently, members of Parliament earn just shy of £80,000 a year, and Johnson’s £10Bn tax cuts would put MPs completely out of the higher 40% rate bracket.

In practice, Johnson’s staggeringly large tax cut would see current high rate payers, such as MPs, only liable to pay the basic income tax rate of 20% tax on all earnings above the £12,500 personal allowance, up to £80,000 – potentially saving them in the region of £3,000 to £6,000 a year.

Conveniently, Johnson’s announcement to drastically cut taxes for MPs comes on the first official day of the Conservative Leadership election in which he needs the support of his own MPs to win.

Furthermore, Johnson’s pledge to cut taxes for the rich also comes in stark contrast to the rhetoric in his first Tory Leadership campaign video, where he pledged extra funding for public services and to help people who “feel left behind”.

Unsurprisingly, Boris’s pledge to essentially hand extra money to MPs, should he win the Tory leadership election, has come in for significant criticism:

Boris Johnson’s tax cut will benefit MPs (salary: £79,468) along with other upper earners.

Which could be useful in the hunt for MP support?

There are now 14.2 million people living in poverty in the UK, with 320,000 people without a home and 1.6 million food bank parcels distributed last year.

No No No, Boris Johnson tax cut plan for higher earners is the absolute last thing we need. I thought the Tory leadership candidate couldn't get anymore out of touch with ordinary people but l was wrong, tax cuts at this time for the higher paid is not the answer to our problems https://t.co/2GMvgDM4ZQ

After pursuing a Brexit that's costing the poorest their jobs, man of the people Boris Johnson says he'll fund a massive tax cut for the rich using money set aside to protect ourselves in the event of a catastrophic No Deal. Tell me one last time how remain are the elite. pic.twitter.com/B92nGz8MOT

At a time when poverty is soaring, foodbank use is skyrocketing, and ordinary people are become increasingly desperate just to make ends meet, Boris Johnson’s pledge to hand rich people – including himself and his fellow MPs – a massive tax cut is both truly disgusting and extremely revealing.

Brexit was never about helping those worst off in our society – as Boris Johnson and his Vote Leave campaign promised – but so free market fanatics like himself could slash regulations for the benefit of huge corporations and so that the rich could continue to avoid as much tax as possible.

Should Johnson succeed in his attempt to become the next Tory leader and Prime Minister, his pledge to spend the so-called Brexit dividend on the rich, and not on helping ordinary working people, will surely come back to haunt him at voting booths across the country.