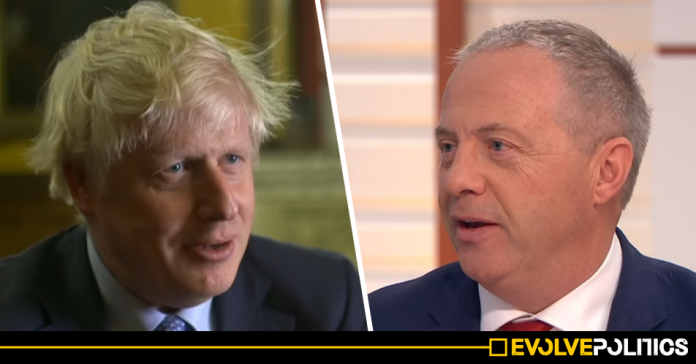 According to The Times, the Bassetlaw MP has revealed he is quitting the House of Commons in order to become the Tory government’s full-time “antisemitism tsar”.

Over the past 3 years since the EU referendum, Mann became a serial rebel in the Labour Party as well as a pariah with many of his local constituency party members, having repeatedly voted in favour of the Tories’ Brexit plans and constantly attacked the Labour leader and his supporters.

Mann told The Times that he was quitting the party over their handling of antisemitism and because he thought Jeremy Corbyn was unfit to be Prime Minister.

Mann stated that he did not believe Corbyn’s vision was “dynamic” enough, and that the party’s message was not one which could “positively” change the country.

The outgoing Bassetlaw MP also said that he was “not prepared to lie to my voters” and tell them that he believed Jeremy Corbyn should be Prime Minister.

Mann was one of just two Labour MPs to vote against Hilary Benn’s bill to avert a No Deal Brexit last week – the other being Kate Hoey, who has also announced her intention to quit the party.

In his new role, Mann will be based in the Tory government’s Ministry of Housing, Communities and Local Government department.