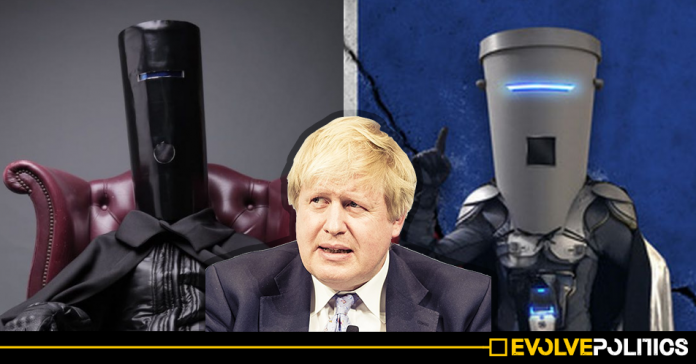 Boris Johnson is already facing a huge struggle to keep hold of his Uxbridge and South Ruislip constituency, with Labour candidate Ali Milani relentlessly campaigning to chase down his 5,000 majority – but, as appears to be customary in UK General Elections nowadays, the sitting Prime Minister will also face challenges from numerous other candidates, some with particularly extraordinary names and personas.

As the deadline for General Election candidates has now passed, we can officially confirm that Boris Johnson will face challenges from:

You may remember Lord Buckethead from the 2017 General Election, but this is not the same Lord Buckethead who famously stood against Theresa May in her Maindenhead Constituency two years ago.

Comedian Jon Harvey was the man behind Buckethead in 2017, but has now been forced to change his character after another person declared their candidacy under the Buckethead name for this year’s General Election.

In response, Harvey has created the the enitrely new character of Count Binface, who will also be standing in the Uxbridge and South Ruislip constituency.

Whilst Count Binface will is standing on an anti-Brexit platform and advocating a “Human’s Vote”, not much is known about the policies of Yace “Interplanetary Time Lord” Yogenstein or Bobby ‘Elmo’ Smith.

In order for Johnson to avoid becoming the first sitting PM to lose his seat in any General Election in history, he will also have to beat: