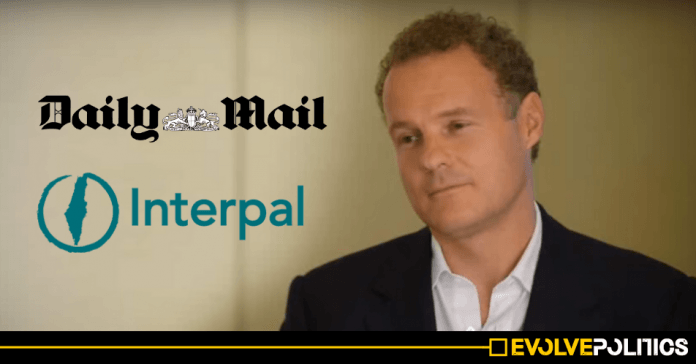 Associated Newspapers, the owners of both the Daily Mail and MailOnline, have been forced to pay £120,000 in libel damages to a pro-Palestinian charity after falsely accusing them of supporting antisemitism and implying that they were involved in terrorist activities.

In August 2018, the MailOnline published articles accusing Interpal – a non-political charity which provides relief and development aid to Palestinians in need – of supporting a “hate festival” in Gaza in which children acted out the murder of Jewish people.

However, whilst Interpal – among many others – had donated to the festival, they did not fund or support the play in any way and had absolutely no prior knowledge of it.

Indeed, as soon as Interpal became aware of the nature of the play, their leadership team issued an unequivocal condemnation of both the play and the appalling activities it depicted.

In addition, the Mail’s articles also referred to Interpal as having been listed in the United States as a “specially designated global terrorist organisation” whilst excluding the fact that this classification was made 16 years ago in 2003, had always been strongly contested by Interpal and its Trustees, and no evidence had ever been presented by the US for the classification.

Moreover, despite the US classifying the charity in this way, Interpal had continued to operate “entirely lawfully under the supervision and aegis of the Charity Commission“, and numerous investigations conducted by the Charity Commission had uncovered any evidence of wrongdoing whatsoever.

In their apology and correction published online and in print in April, the Daily Mail claimed that it was “not [their] intention to suggest that the Trustees [of Interpal] promote or condone anti-Semitism or attacks on Jews” and they now accepted that “neither Interpal, nor its Trustees, have ever been involved in or provided support for terrorist activity of any kind“.

Speaking after the resolution of the libel complaint and settlement on payment of damages today, Ibrahim Hewitt, the Chairman of Interpal’s Trustees, said:

“Interpal and the Trustees welcome the decision taken by Associated Newspapers both to apologise formally and pay a suitable sum in damages, in recognition of the gravity of the falsehoods that were published.”

“The timing and amount of the settlement are particularly noteworthy within the context of the ongoing wider agenda to politicise humanitarian aid to Palestinians.”

“We hope that this significant success will encourage commentators and others to take seriously their responsibility for reporting unbiased, accurate information to the general public and service providers.”

Latest #Islamophobia in the press: The Mail and Mail Online have apologised and paid £120,000 in damages to Interpal Trustees over false terror & extremism allegations. https://t.co/mlzxSkwFgL pic.twitter.com/ss5gBwLfhD

The correction in the print edition was on Page 2 of the Daily Mail on 30 April & the online apology is https://t.co/E2yZeT45dm pic.twitter.com/zNqsbrCkri

Sections of the right-wing press continue to lie about Muslims or Muslim organisations.

Is it lack of basic due diligence?
Or is it that some of these newspapers leverage the fact #Islamophobia sells?

Despite MailOnline being forced to pay damages regarding the false accusations from 2018, an article from 2016 reporting extremely similar allegations against Interpal can still be found online.