The Tories, amplified by their loyal minions in the mainstream media, have spent much of their General Election campaign smearing Jeremy Corbyn as a “national security threat” or a “terrorist sympathiser”. There is, of course, no credible data with which to make this particular assumption.

In fact, when we do take data into account, it actually seems the exact opposite is true.

Statistics from the Global Terrorism Database (GTD) shows that terrorism always rises under the Tories and drops under Labour — a historical trend evidenced since 1970 (when statistics on terrorism first began being properly recorded).

Furthermore, Corbyn himself played a key role in bringing about peace in Ireland, and has also actively opposed all of the West’s disastrous and illegal wars across the Middle East. Wars which even the former head of MI5 said were a large contributing factor in the rise of terrorism throughout the West.

The fact that Theresa May and the Tories claim that Corbyn is a threat to national security becomes all the more shocking when you consider that in the short time May has been Prime Minister we’ve already had two major ISIS-inspired terrorist attacks.

It is commonly understood within the highest levels of government that the West helps fuel these terrorist attacks by endlessly supporting brutal Islamic regimes. Regimes such as Saudi Arabia who, as reported in a leaked memo, are alleged to have directly funded ISIS itself. In turn, the British government has sold the Saudi regime billions of pounds worth of weapons that have been used against civilians in Yemen.

Oxfam estimates that 7 million people are on the brink of starvation in the country, whilst thousands of innocent civilians have already been killed during the conflict. 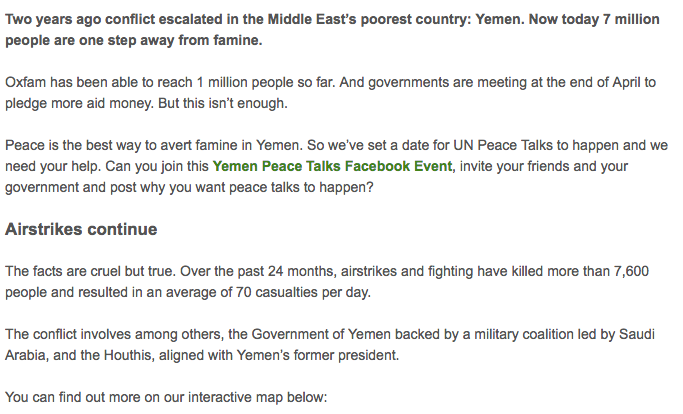 Monday’s suicide bomber was a British-born national, 22-year-old Salman Abedi, whose parents emigrated from Libya to London before he was born. Whilst nothing can justify this despicable attack, it is worth noting that NATO forces bombed Libya into oblivion in 2011, after which the US decided to oust Colonel Qaddafi who was then raped by a mob and executed.

Ever since, the country has been in a state of unrelenting turmoil. Theresa May herself voted for that bombing – the consequences of which are still being felt today.

Back home, the Tories have systematically cut police budgets and drastically reduced the number of officers on the ground. Policies that Theresa May, the then Home Secretary, was specifically and emphatically warned would lead to a significantly increased risk of terrorism:

It can be said quite safely that it is Theresa May’s Tories who are the true threat to our national security.

The Global Terrorism Database (GTD), a group of leading academics from the University of Maryland who work with retired Air Force personnel, have collected and analyzed data from 1970 to 2015. The findings paint a clear pattern – one which shows the Tories to be far worse than Labour on national security.

The GTD has made it clear on its website that they do not want to be associated with inference between terrorism and particular individuals, so for the purposes of this analysis, I have not included the names of Prime Ministers, but rather a timeline of British political party office terms superimposed over the GTD’s terrorism graph.

The pattern in this graph clearly shows that terrorism significantly increases under the Conservative Party, and tends to decrease under the Labour Party.

Whilst it was Tony Blair who lead the charge into Iraq in 2003, Theresa May also voted in favour of the invasion — in stark contrast to the voting record of Jeremy Corbyn, who personally lead the Stop The War Coalition and offered these prophetic warnings against the illegal war:

Theresa May also voted for the bombing of Libya — whilst again Corbyn opposed it.

There is also evidence to show that British governments have a long history of actively supporting Islamic based terrorism, as the below video of ex-Tory PM Margaret Thatcher shows:

Given all of this evidence, for the Tories to claim Jeremy Corbyn is a threat to national security is to disregard the fact that they – and Theresa May personally – have a proven track record of compromising Britain’s security, failing the public, and actively increasing the liklihood of terrorist atrocities with their actions.

On foreign policy, Jeremy Corbyn has always been on the right side of history. And if the Tories, and red Tories alike, had have listened to him, the world would unquestionably be a safer place right now.

None of this brings back the millions of innocents who have lost their lives as result of terrorism, but if we are ever to find a practicable solution, there would be nobody more qualified to lay the foundations for peace than Jeremy Corbyn.