Home Mainstream Media Bias Did the BBC just use subliminal messaging to label Corbyn as a... 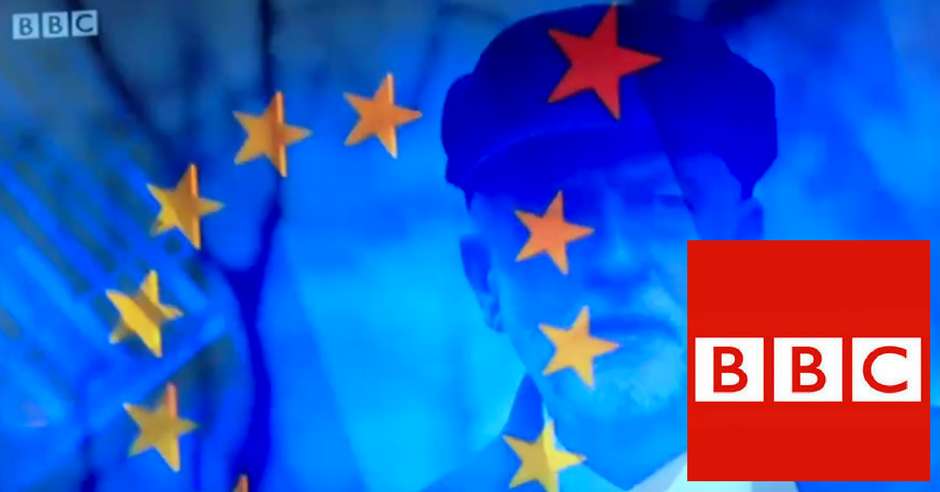 Since Jeremy Corbyn became leader of the Labour Party, the BBC has sustained numerous attacks from his supporters accusing the corporation of bias against him.

But now, some on social media are suggesting that the BBC have resorted to subliminal messaging to try and manipulate the public’s perception of the Labour leader.

Tuesday’s BBC News at One opened with a report on Corbyn’s views on immigration and Brexit, with a graphic showing the Labour leader next to the flag of the European Union. However, as shown in the video below, one of the stars moves around, turns red, and is emblazoned upon Mr Corbyn’s forehead.

The five pointed red star is traditionally linked to communism as well as broader socialism, with socialist news outlets such as The Morning Star proudly using it as their emblem.

However, with right-wing outlets such as Guido Fawkes comparing the red star to the Nazi swastika, it’s easy to see why opponents of Corbyn would want to associate him with the symbol.

We’ll leave it up to you to decide whether you think the BBC graphics department have overstepped the mark with their symbolism here.

EvolvePolitics has emailed the BBC asking whether the use of the red star was intentional. We will update when we receive a response.