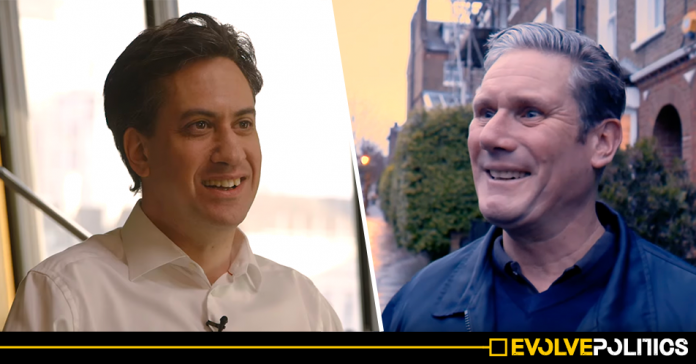 The former Labour leader, Ed Miliband, has endorsed Keir Starmer to take over from Jeremy Corbyn at the helm of the party in the upcoming Labour leadership election.

Miliband revealed on Twitter that he had nominated Starmer for the top position and the Shadow Education Secretary, Angela Rayner, for Deputy Leader.

In a statement on Twitter, the former Labour leader – who garnered just 9.3m votes during a widely derided 2015 General Election campaign – said that Mr Starmer shared his belief in “transformative politics” and described the Shadow Brexit Secretary as the best candidate to deliver “21st century Socialism to the country.”

I have nominated @Keir_Starmer and @AngelaRayner for Leader and Deputy Leader. My statement: pic.twitter.com/hWs1I2FtVk

However, many criticsed Miliband for nominating Rayner and Starmer due to the fact that both had already more than reached the requisite nomination threshold.

Candidates require the support of 22 (10%) Labour MPs or MEPs in order to make it on to the ballot paper.

Keir Starmer currently has around 66 nominations – more than 3 times the number needed – whilst Angela Rayner has even more at around 72.

Many argued that Miliband should have endorsed the BAME candidates Clive Lewis and Dawn Butler – who are both struggling to reach the required threshold – to both widen the debate and ensure the shortlists were not “all white”.

This is absolutely disgraceful. You have every right to support Keir & Angela, but when they’ve already passed the threshold why not nominate others- especially BAME candidates- so they can be on the ballot too?

Some are also worried that the former Labour leader’s endorsement of Starmer signals a return to the ‘dour’, Tory-lite politics espoused by the party in their much maligned 2015 General Election manifesto.

Miliband was widely criticised for a number of policies during his ill-fated 2015 General Election campaign – including kow-towing to Tory austerity and appearing to pander to xenophobes with an extremely vague commitment of “controls on immigration“.