With just under 3 weeks to go until polling day, the new Ipsos Mori poll is in and the figures for Labour’s polling in England are remarkable.

With bookmakers across the country expecting a Conservative landslide, few would have predicted the huge surge in support for Jeremy Corbyn’s Labour Party over the last two weeks.

Labour have increased their overall polling score by almost 10 points, and if they still retained support in their former Scottish heartlands, Labour would be polling almost neck and neck with the Conservatives.

Jeremy Corbyn’s party are polling significantly higher than the Tories in the north of England as well as London, but it is Labour’s overall share of the vote in England which is the most remarkable.

Many in the media have already written off Jeremy Corbyn’s chances of victory and assume the Tories will take a landslide win on June 8th, but with 39% of those polled in England saying they will back Jeremy Corbyn, an upset does indeed look possible if a further surge in support occurs combined with a drop in support for Theresa May’s party.

Furthermore, this latest Ipsos Mori poll was carried out between the 15th and 17th of May which was BEFORE the Conservatives released their manifesto – a manifesto which has been received extremely poorly by the public. 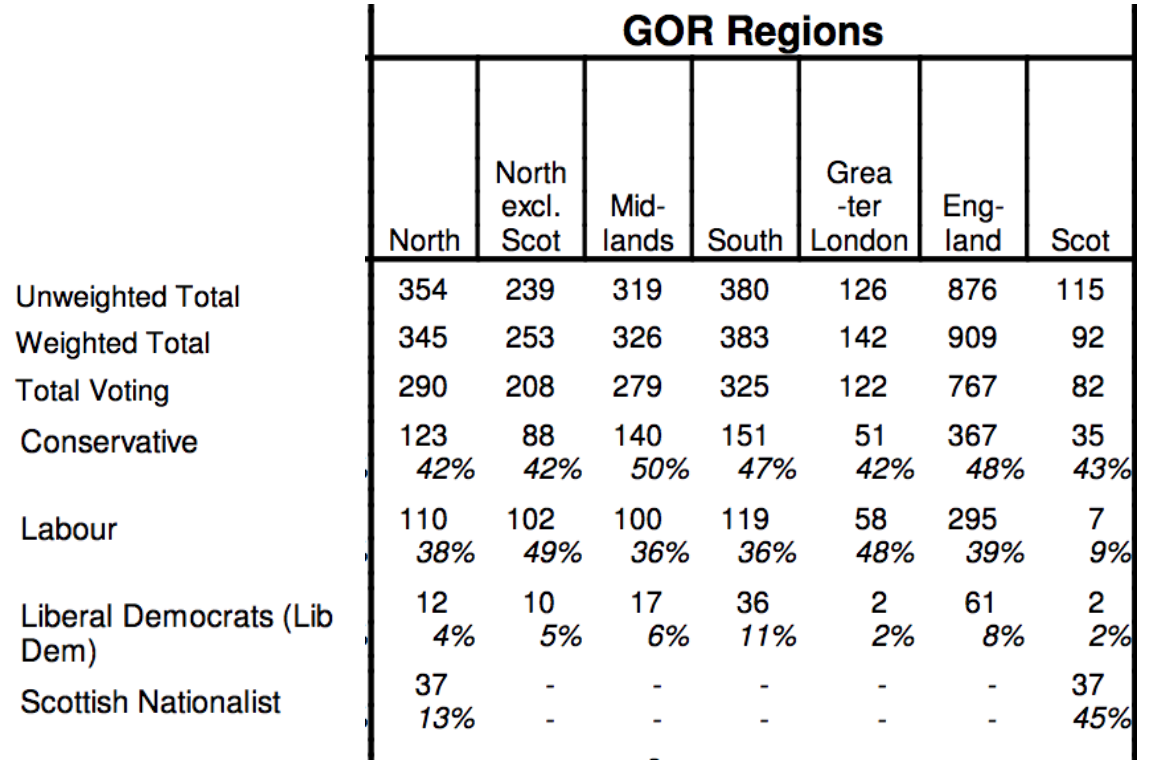 However, with Labour significantly behind the Tories in Scotland and the South of England, it would almost certainly take a reduction in Conservative support to enable Jeremy Corbyn’s party to draw nearer to Theresa May’s party.

But when taking the effects of both manifestos into account, future polling could well show that the huge surge in support for Jeremy Corbyn looks in no hurry to slow down any time soon. In fact, the next week of polls will almost certainly show yet another narrowing of the gap between Britain’s two main parties – but the question is, can Labour get close enough?

And with the prospect of live TV debates to come – a format which Jeremy Corbyn excelled at in both Labour leadership elections (and a format which Theresa May is quite obviously terrified of) – we could be about to witness an unprecedented few weeks in the history of British politics.

It would take something special, but it is now entirely plausible the people who labelled Jeremy Corbyn as ‘unelectable’ may be in for a massive shock in the coming days and weeks.