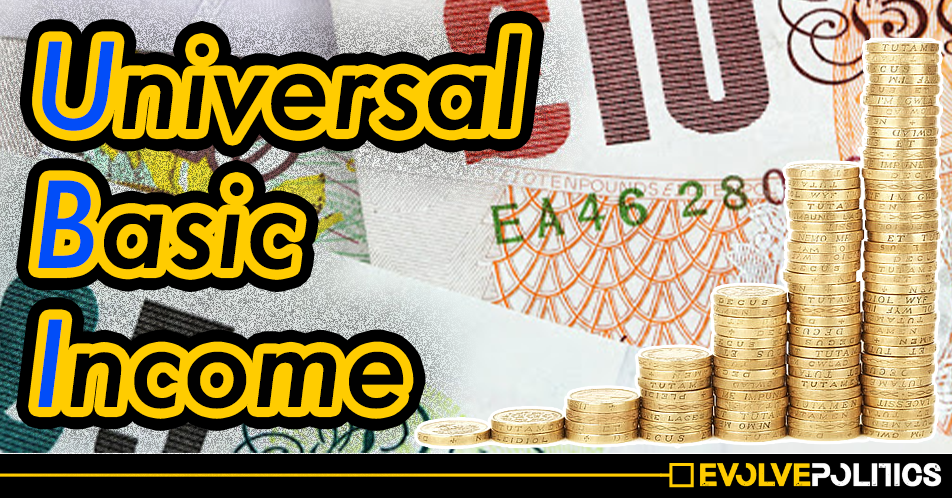 “A system that is humane, rapid and above all, simple.” Not words you’d expect a Tory MP to use when describing a policy that redistributes wealth from those who can afford to pay a little more to those who need a little more. Yet those are the words Tory grandee Sir Edward Leigh used to describe Universal Basic Income in March, when he urged the government to implement a ‘Recovery’ UBI to help those struggling from the financial fallout of the pandemic.

Universal Basic Income (UBI) is a fixed, regular and unconditional payment given to all citizens regardless of their wealth, income or employment status. The idea isn’t new. In the 18th century, Thomas Paine wrote in Agrarian Justice how the Earth is the common property of man and we should all share in its spoils.

Indeed, Sir Red Ed said he ran the idea past Thatcher forty years ago, and although she wasn’t keen, her economic guru Milton Friedman was a fan of another form of basic income: the negative income tax. Martin Luther King also advocated the idea, as did Friedrich Hayek, and more recently, Pope Francis.

This idea reaches across the political spectrum, and at a time when all of us must play our part in rebuilding the economy we should consider new ways to ensure everyone receives the support they need. A UBI is the fairest way of doing this. It creates a financial floor that everyone can stand on, instead of relying on the trickle-down economics that followed the 2008 financial crash. That model did not work – it only served to increase the wealth of the very richest. We cannot afford to get the response wrong again, because if resurgent right-wing populism was the result of the last financial collapse, god only know what the result of the corona-crash will be.

That’s why I contacted the UBI Lab Network and co-founded UBI Lab Cardiff with my old roomie Liam Richards. The idea is one I’ve followed for many years. With US Presidential candidate Andrew Yang’s success in bringing UBI to the American mainstream, and with the pandemic now shaking our economy to the core, it propelled me into doing more than just being an armchair admirer.

UBI Lab Cardiff’s objective is for a basic income trial to be undertaken here in Wales. We’ve written to the First Minister of Wales, asking him to follow Scotland’s lead (a report was recently published recommending Scotland hold a pilot) and to look at ways in which we can run a pilot here in Wales.

Our letter gained serious traction – prominent politicians such as the Welsh leaders of the Lib Dems and the Green Party signed the letter, as did several Cardiff councillors. We’ve since drafted a letter and a motion asking Cardiff Council to support the idea of a pilot in the city, and we’re in discussion with academics at Cardiff University to draft a working paper for our pilot. The UBI Lab Network has already successfully lobbied councils in Sheffield, Liverpool and Hull to pass motions backing the idea of a pilot, and we hope Cardiff will soon follow.

There’s now a body of evidence that illustrates the benefits of a basic income. Trials have been undertaken in Namibia, Canada, India and most recently in Finland. All have shown reductions in poverty and homelessness, significant increases in physical and mental wellbeing, significant improvements in public trust in government, higher levels of educational attainment and increases in employment.

The latter of these statistics may surprise you. UBI’s detractors often say that we would all sit at home and stop working. But that fails to recognise the fact that a UBI only provides a basic level of income. It does not provide for all of the things we enjoy doing, such as going out or going on holiday. It is simply a basic level of security to ensure that no one is left destitute in the 21st century. Not a big ask is it? You may also be surprised to learn that Alaska has had a form of basic income since the seventies, which is paid from a sovereign wealth fund created through oil profits. Good idea, right?

Support is growing for UBI in Wales and across the UK, with over 100 MPs signing a letter for a Recovery UBI to be implemented as a response to the pandemic. The Future Generations Commissioner in Wales, Sophie Howe, recently supported a UBI as a “very real solution to helping people out of poverty and aiding the economy, while reducing society’s gaping inequalities which have grown deeper during the crisis.” Furthermore, the First Minister of Wales said at this year’s Hay Festival that he was willing to “play his part in such an experiment.”

UBI Lab Cardiff recognises that many people will wonder how we can afford to pay everyone a basic level of income if a trial was successful and UBI was rolled out to everyone. That conversation must run parallel with discussions about simultaneous measures such as reforming the tax system so that we tax wealth more effectively, the introduction of new taxes such as a carbon tax, and higher tax rates on top earners who would also receive a basic income but who don’t need it. In short, you would give high earners a basic income with one hand and take it away with the other through taxation.

We are not professing that UBI is a silver bullet that will eradicate poverty and solve all the other economic problems caused by years of austerity. But poverty is quite simply a lack of cash. By putting money directly into people’s hands they are likely to spend it in their local economies, which will help communities recover in the years following the pandemic. It will also give citizens the freedom and confidence to be entrepreneurial and retrain in readiness for a more automated economy, and this will help put rocket boosters under our post-Covid recovery.

In the midst of every crisis lies great opportunity, and a Universal Basic Income is that opportunity. The last time the UK faced a national emergency of this magnitude we founded our most-loved institution. That institution is universal, unconditional and free-to-use from cradle to grave.

It is time to make Universal Basic Income our generation’s NHS.

This article was written by Jonathan Rhys Williams, Co-Founder of the UBI Lab Cardiff.