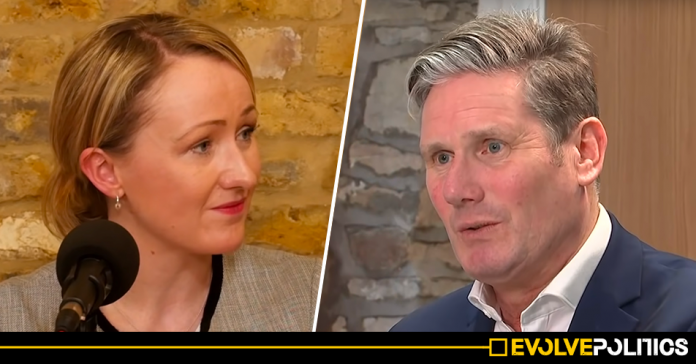 Everybody, even some of the most fanatical Brexiteers themselves, accept the fact that Britain’s economy will be worse off under any form of Brexit. However, should the economic hit be worse than expected, and should chaos and public discontent run riot after Boris Johnson finally implements whatever shoddy Brexit deal he eventually lumbers home with, the response that the next Labour leader takes will be absolutely crucial to their chances of finally ousting the Tories and gaining power at the next General Election.

Ardent Remainers will no doubt use such a post-Brexit demise, quite understandably, as proof that they were right all along. Newly assembled and highly emboldened pro-EU organsations will quickly emerge, and – supported and promoted by a large section of the liberal media – will proceed to apply pressure on MPs and political parties to change course and support a swift return to EU membership in order to resolve the crisis.

Layla Moran, who is currently the second favourite to succeed Jo Swinson as the new leader of the Liberal Democrats, has already indicated that her party could start campaigning to rejoin the EU within the next 11 months – and, no matter the scale of damage or lack thereof that does result from Boris Johnson’s Brexit deal, it is almost inevitable that the Lib Dems will eventually choose to position themselves as a bona fide ‘Rejoin’ party before the next General Election.

In such a scenario, whoever becomes the next Labour leader will face an immense conundrum. With the Lib Dems effectively becoming the reverse-UKIP, Labour’s vote share will be in danger of splitting in precisely the same way that support for the Conservatives was split by Nigel Farage’s former party prior to 2016.

However, just two years ago, Labour faced an extremely similar dilemma: Parliament was in deadlock and public opinion around Brexit appeared to be changing. Support for the Lib Dems and the Brexit Party skyrocketed whilst Labour and the Tories subsequently plummeted in the polls.

It is now clear that, rather than any genuine change in public opinion about whether or not Brexit should still go ahead, the rapid shift in public mood was simply a result of Parliamentary deadlock and a general feeling that the situation simply needed to be resolved as soon as possible.

Electorally-speaking, the Tories’ response to the situation turned out to be spot on. They ousted Theresa May – whose refusal to engage with other parties was only exacerbating the impasse and further enraging the public – and installed Boris Johnson on a promise to simply get Brexit done by whatever means necessary.

However, faced with an insurgent Liberal Democrat party eating into their vote share, Labour incorrectly believed that public opinion had significantly changed over Brexit, and they decided to change tack entirely – shifting from what was a popular Brexit policy in 2017, to a second referendum fudge which didn’t please anybody and ultimately led to the party losing huge support in Northern Leave-voting heartlands.

Whilst it is impossible to predict exactly how things would have turned out had Labour stuck to their 2017 Brexit policy in 2019, it is highly likely that they would have been far closer to the Tories in terms of votes, and they wouldn’t have lost anywhere near as much support in Northern Leave-voting heartlands.

Would the Lib Dems have been able to rampage through the middle? Would Labour have simply ended up losing the same amount of support in Remain-voting areas? Given the fact that the Lib Dems also proposed a second referendum in their 2017 manifesto, and given that the majority of the general public were simply sick of the whole thing and wanted it resolved, it’s unlikely things would have been anywhere near as bad as the eventual reality.

Admittedly, Labour faced an extremely tough decision over what path to take – but they misjudged the public mood and made the wrong choice, and it cost them dear. Central to this disastrous shift in Brexit policy was none other than the current favourite to succeed Jeremy Corbyn as Labour leader, Keir Starmer – and it is his pivotal role in this decision, more than anything else, as to why Labour members should be extremely wary of believing the Holborn & St Pancras MP will be the safest choice to become the next leader of the party.

At the time, Starmer was warned of the ramifications – with his current leadership rivals Lisa Nandy and Rebecca Long-Bailey, as well as numerous Labour MPs in other Northern constituencies such as Ian Lavery and Laura Pidcock, openly hostile to the change in policy. However, Starmer was so certain that his stance would be vindicated that he refused to tow the party line and declared that Remain would be on the ballot before the policy had been decided, and consistently described the party as a “Remain Party” – completely alienating and entirely disregarding Labour’s Leave-voting Northern constituencies.

Once Brexit is finally done, and whatever the immediate consequences of it, Labour will almost certainly face an extremely similar dilemma: whether to reopen a toxic Brexit debate and support rejoining, or to simply accept that the argument is over and to focus on building a post-Brexit Britain on the back of their highly popular domestic platform.

Unless Boris Johnson’s Brexit deal has utterly catastrophic consequences for the country, it is highly unlikely that the prospect of reopening such a divisive debate around EU membership so soon after it has finally been resolved will be able to garner any significant public support in the immediate future. Liberal media commentators will clearly try to use any negative effects to try and push Labour into such a move – but giving into to this pressure, again, would have exactly the same result as it did in 2019.

The Tories are now completely devoid of any popular policies to address the panoply of crises that 40 years of neoliberalism has inflicted on the British people – and, with the Brexit debate resolved, the only possible way they will be able to convince the public to elect them again after 15 years of doing precisely nothing to resolve them is with yet another ‘us versus them’ culture war. Labour’s current policy platform would do so much to reverse the suffering and misery our system has created, and it is crucial that the left doesn’t allow the Tories yet another open goal to divide people against eachother and distract them from voting for policies which will actually solve the country’s problems.

Rather than letting the Tories off the hook by blaming any post-Brexit crisis solely on Britain having left the EU, Labour need to get smart and apportion blame on the Tories’ shoddy deal and general incompetence – in much the same way the Tories used the 2008 financial crash as a tool to destroy Labour’s electability. If Labour manage to mould this narrative successfully, not only will it dampen calls for a return to the in/out debate, it will also be highly effective electoral strategy.

I believe that Rebecca Long-Bailey and Lisa Nandy fully get this. Unfortunately, given his key role in promoting Labour’s disastrous shift to a second referendum, added to his relatively lukewarm appraisal of Labour’s policy positions and his lack of domestic vision, it appears that Keir Starmer may well prioritise EU membership over implementing any of Labour’s current policy platform.

Labour members are, understandably, desperate for the most ‘electable’ person to become the new leader – but, despite his remarkable career, his admirable personal qualities, and his highly-polished public persona, Keir Starmer’s political judgement has show itself to be highly suspect over the past two years.

Many Labour members believe Brexit simply won’t be an issue come the next election – but, believe me, the Lib Dems and the media will make sure it is. And, if Labour screw up their stance on the issue again, it won’t only mean yet another 5-year nightmare of the Tories in power, it will also mean curtains for Labour’s current policy platform.