Health Secretary Jeremy Hunt recently attended a secretive “patient safety” conference in the US —  sponsored by large US healthcare corporations — and met with American pharmaceutical companies to discuss ways in which he could “expand” the “partnership”.

Hunt’s visit follows Prime Minister May’s recent trip to meet President Trump, and discuss a “trade deal” with the country. May’s fevered enthusiasm for securing a trade deal with the US has been met with fierce criticism by Labour’s leader Jeremy Corbyn — who has urged her to confirm that she will not allow private US healthcare firms to take over the NHS as part of any possible trade deal — something which May has repeatedly refused to do.

Hunt’s visit is just the latest event to lend validity to the growing concerns and evidence that the NHS is for sale to US healthcare companies and pharma — a move which could have disastrous consequences for the future of the NHS, and the health of the population.

A video by the British Consulate General in New York shows Health Secretary Jeremy Hunt speaking during a recent trip to the states.

Hunt talks about the ongoing work of medical research universities in the UK, and the US (much of the innovations in the pharmaceuticals sector has been paid for by the taxpayer in public institutions such as universities, before being handed to private companies who then proceed to make extortionate profits.)

Hunt says that he has been “meeting some of the pharmaceutical companies here” to talk about how he can “expand that partnership”. Quite what Jeremy Hunt is talking about here is hard to clarify, however it seems likely that he is talking about the “partnership” between US drug companies and the UK, something which indicates that the Tories are trying to open up the NHS to US Pharma — as many of us have feared, and suspected.

[email protected] Secretary @Jeremy_Hunt is in NY with @AntoniaRomeoUK to discuss the close links between the UK & US health sectors #GlobalBritain pic.twitter.com/YdJoxu6CeH

Hunt then goes on to say that he is speaking at a “conference on patient safety” because the UK and The US are leading the “movement globally to reduce the shockingly high numbers of avoidable deaths in all our hospitals”. In the US thousands of people die every year because they cannot afford health insurance, those people don’t even make it into hospital — presumably something the conference paid little attention to.

The conference that Hunt is talking about is called the 5th Annual World Patient Safety, Science & Technology Summit and was held at the exclusive Laguna Cliffs Marriott Resort & Spa resort in California.

The summit was organised by a group called the “Patient Safety Movement” — apparently this is their mission statement. 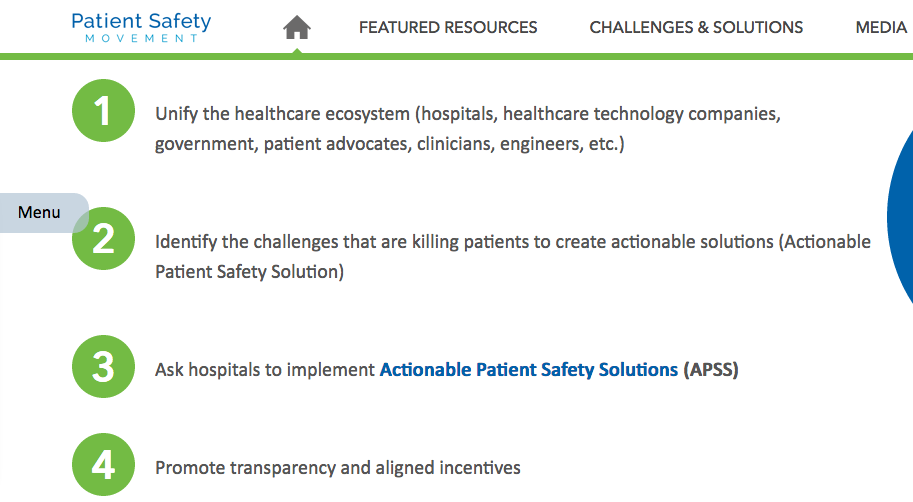 The patient safety movement was founded by Masimo, a US healthcare corporation that specialises in medical equipment, and was projected to make $92.1 million in profits in 2016. 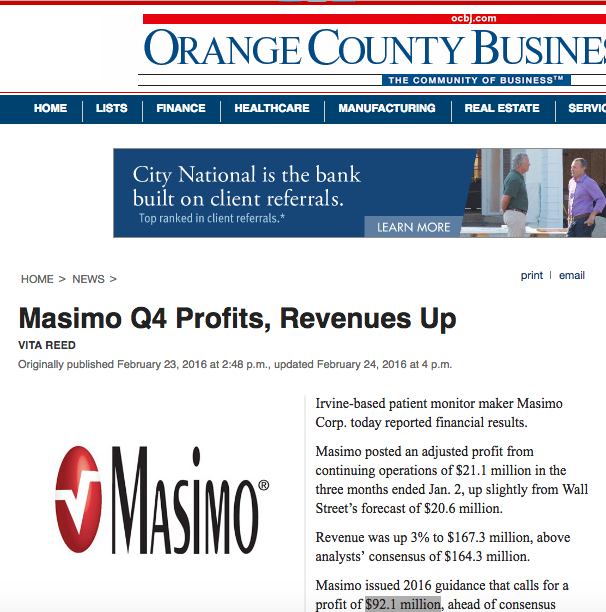 The benefactor of the Patient safety movement is a similar global healthcare corporation called Medtronic, who are expected to make 30.3 Billion (at the low-end) in revenue in 2017. 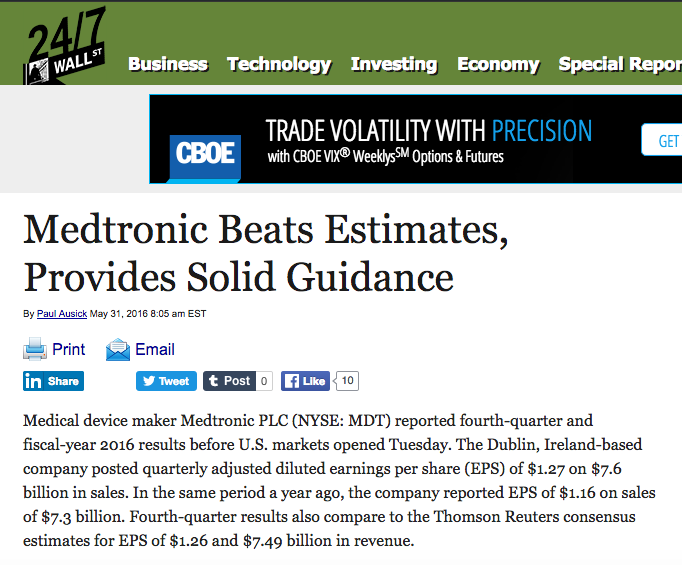 The British Consulate tweeted out this message during Hunt’s visit, giving us yet another insight into the purpose of his trip:

When translating from neo-liberalism into plain English it is important to remember that “super-competitive” and “innovation” almost always means opening up markets to foreign investors and corporations, almost certainly with a view to the ever expanding global ‘race to the bottom” to carve up state services like the NHS.

This essentially is the essence of May and Co’s much lauded “trade deal” the one that the mainstream media is so happy to report on, yet can never tell us the details of. Perhaps an early indication of what to expect from May’s US trade deal can be found in the one she made last year with India, the purpose of which is primarily to open up new markets, and outsource cheap manufacturing to the country. 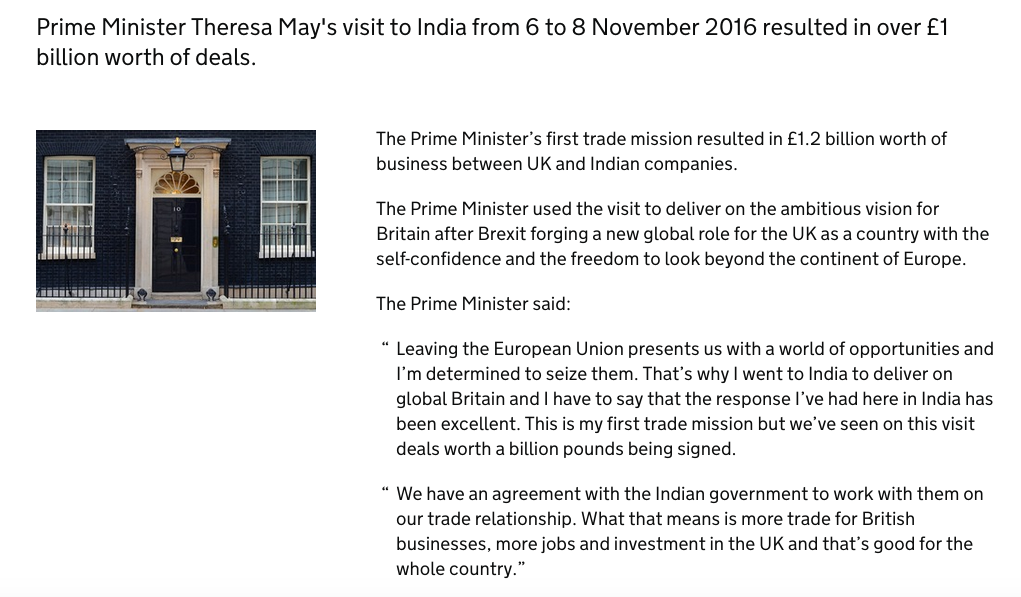 The first response to come out of May, after Trump won the election was about getting a trade deal with the US —  she was the first leader of a foreign country to meet with President Trump after he was sworn in — in a desperate bid to secure some sort of deal with the US, and Trump. May has all but ignored the obvious bigotry of Trump (including his much professed love of illegal torture, and complete disregard for climate change, among many other things) in order to secure a deal that will almost inevitably carve up our country and services for the benefit of shareholders and investors in both countries, and will most likely be nothing other than destructive for the general population in both countries.

Jeremy Corbyn has so far been the only voice of opposition against the potential US trade deals, and the Trump presidency. Last week at Prime Ministers Questions (1st February 2017) Corbyn raised this very issue (for the second week in a row) asking the PM:

May responded by refusing to rule out opening up the NHS to US healthcare firms, saying:

I could give a detailed answer to the right hon. Gentleman’s question, but a simple and straightforward reply is what is required: the NHS is not for sale and it never will be.

To which Corbyn responded:

I hope that that includes not having US healthcare companies coming in to run any part of our national health service.

The potential impact of opening up the NHS to US healthcare corporations and pharmaceuticals could be catastrophic. The NHS is already suffering the effects of privatisation and the structure of the supposedly competitive “internal markets” which has seen decreasing services, spiraling costs and siphoning off of billions of taxpayer’s money to the likes of Richard Branson’s Virgin Care, and other corporate welfare queen’s such Serco, and Capita.

If the UK was opened up to US pharma then this could itself have potentially disastrous consequences. America’s Food and Drug Administration (FDA) the government body responsible for ensuring that drugs and food are safe is notoriously lax compared to our own and Europe’s. Medications that have been banned in the UK (or were never legal) and elsewhere due to well established side effects such as addiction and death are still on the market in the US.

The Tories are planning on opening up the NHS, and therefore increasing the amount of taxpayer money going to the private firms who profit so much this, while services get worse. Of course as the long-term goal of the Tories is to privatise the NHS — it’s quite natural for them to show such as interest in the US healthcare system, a place where they still don’t have an NHS. The US healthcare system is the most expensive in the developed world — leaves millions without cover — has the worst outcomes — and thousands die every year just because they don’t have basic cover.

In other words the Torie’s ideal healthcare system — no wonder they are so keen to open the NHS to American healthcare corporations.