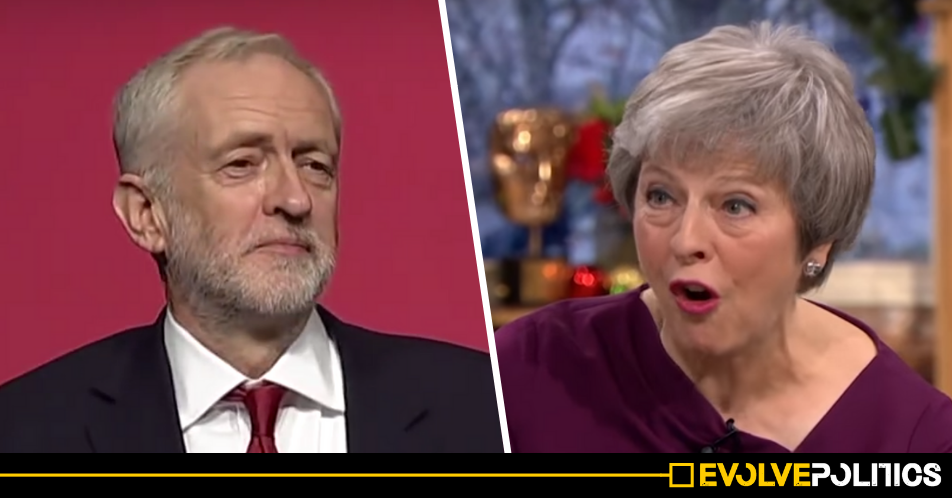 In startling figures released today, YouGov polling suggests that Jeremy Corbyn may be on route to Number Ten. The shock poll shows the Tory lead halving in just a week, falling by 9 points and dipping below single figures for the first time since the start of the year. The vote of confidence in Labour’s manifesto should startle the Tories out of their quiet campaign.

Just a month ago it seemed impossible. The Tories were inevitably headed towards a stonking election victory. There was even talk of their mandate eclipsing Tony Blair’s landslide 1997 win. They were 23 points up in most polls and were riding high. Tonight, that lead fell to single figures.

It represents one of only a few times since the Labour Coup last year where the gap between Labour and the Tories has fallen below ten points.

YouGov polling today shows Labour on 35% with the Tories ahead on 44%.  The same polling organisation found Labour on 32% and the Tories on 45% just two days ago. A week before it measured the result as 31% to 49%.

The numbers are truly staggering and show the speed at which Labour has made a dent in the Tory lead. Within a week their lead has halved and at this rate Jeremy Corbyn may well find himself walking into Downing Street on June 9th. With current shifts in polling the lead might close within a week. A fact that will undoubtedly unsettle the Tories.

The Tories’ lead has begun to evaporate following an embattled week for Theresa May and a buoyant week for Jeremy Corbyn. Labour’s manifesto leak generated a large amount of media coverage. Which, despite hostility from the tabloids, increased exposure of Labour’s universally popular policies. Meanwhile Theresa May came under attack from previously loyal journalists like Adam Boulton.

Mr Boulton, a reporter for Sky became furious at the degree to which Sky had been excluded from May’s campaign. He complained that they’d been excluded from meetings and refused access to interviews with ministers. This message was then echoed across the media, with stories emerging of restrictive conditions at May’s rallies.

This combined with a disastrous manifesto launch which saw the Tories arrogant manifesto attack many of their core supporters. Those swing voters who will be essential to an election victory will almost certainly be put off by the Tories’ vicious attacks on pensions and social care. These cuts will also likely undermine the Tories vote share with their elderly base, a group who are significantly more likely to vote.

Whilst the release of the manifestos certainly provides more reason for polling to change than usual, this doesn’t mean that the campaign is over at a 9-point lead. With the upcoming leader’s interviews providing a chance for the British public to see the humanity of Corbyn and the emptiness of May there is certainly reason to believe there is still change to come.

In discussing the EU referendum, I always made one thing clear. In the final weeks of the campaign, the Leave camp had the momentum, they were the ones gaining points in polling and in tight campaigns that is vital. It energises supporters, empowers politicians, and pushes people to work on every single vote. Labour currently has the momentum, the Tories believed they could win an election with no effort, let’s prove them wrong.