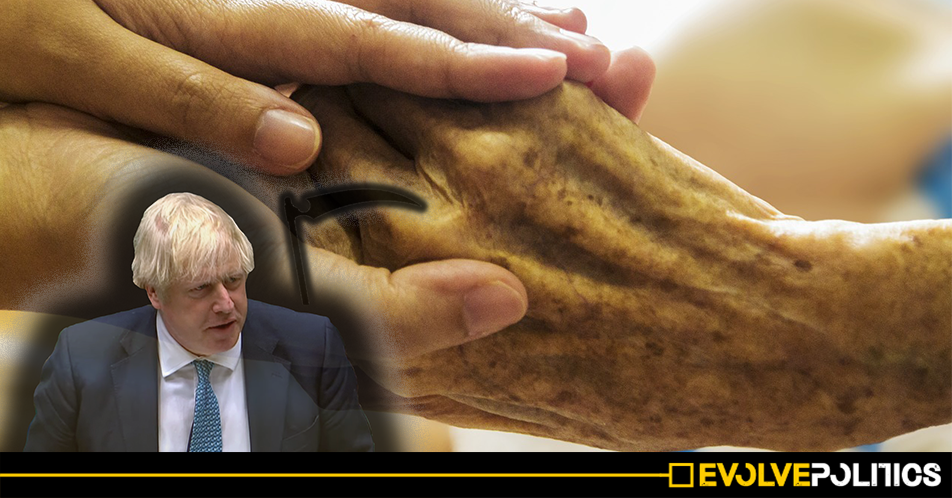 Covid-19, Coronavirus, was announced in China in late November 2019. My Care Assistant collegues and I saw the impending danger. We knew it was on the way, but I was optimistic – we live in a country where we really should know how to handle this type of thing, I thought. Yet, in the back of my mind I remembered the Black Alert in NHS hospitals from the previous two winters – a crisis caused by regular winter illnesses alone. At that time, when a resident became ill and needed to be admitted, we’d simply be told “The hospital is full, find somewhere else” – and this memory made me nervous at just how bad things could get if we didn’t act quickly to prepare for this new and highly infectious threat on the horizon.

The first major part of preparation for a large scale virus is to ensure there’ll be enough beds for the sick. But, for as long as I can remember, Care Homes like my own have been trying and failing to find beds for the elderly because of lack of funding. Different care providers are arguing about who pays for who; what care they’re obliged to provide; and where the people should actually go. No one wants to take responsibility because every decision costs money – and they just dont have enough of it.

In January, we were told that the new virus was still not here, and we were still taking new admissions as usual. So far, nothing was amiss – we were told that no extra precautions and no extra PPE were neccesary. However, I was naive. At the time I believed that it was probably the right call. I didn’t know much about the virus, and assumed the government would be on top of everything already – especially considering we had such a big head start on other countries and could learn from their mistakes. Back then, myself and my colleagues weren’t aware of the 2-week asymptomatic infectious period, or the fact that people could be infected and remain asymptomatic but still spread the virus – but we simply assumed the people who make the decisions would know the facts and act accordingly.

In February, I got what I thought was a chest infection. I was off sick for a week and still felt bad the week after. When I returned to work, I requested a protective mask to wear because chest infections are risky for the elderly, and people were starting to get worried about Covid-19. However, at this point we were still slightly amused about the public reaction to this new virus. As Care Assistants, we routinely deal with all manner of infectious diseases such as HIV, MRSA, C-Diff, and Hepatitis. We wear gloves, aprons, and masks when necessary, and we wash our damn hands all the time as a matter of routine. We were also laughing about the ridiculousness of the public panic-buying toilet paper, but getting increasingly annoyed at the hoarding of food. As Care Assistants, we don’t make anywhere near enough money to bulk buy – meaning we had to go without a lot for a while. But that’s for another rant.

A few days after I went back to work, other colleagues started getting sick. At the time I didn’t think much of it. It’s pretty normal for a number of staff to be off at the start of the year – it’s freezing outside and colds spread around homes like wildfire. It became a running joke: every cough or sneeze was met by semi-joking cries of “Corona!”. By this time we were still accepting new residents without any Coronavirus testing, and the official UK death toll was still under 100. However, we were also running shifts alongside agency staff who work in several different homes in any single week to cover for absences of regular staff.

But in early March, as the national death toll began increasing, more and more measures began being slowly introduced. Firstly, visitors were limited to one person at a time. The nurse on my ward also insisted on all staff wearing masks. The masks were extremely basic and were only meant to be worn for 20 minutes or until they were wet – but there was only enough stock for one mask per staff member for an entire day. The next week, all visitors were banned. And, despite the increasing restrictions, staff were now being given the option of wearing face masks because stocks were running dangerously low. We were rationing face masks as best we could whilst desperately trying to bulk-order them from wherever we could –  but the stockists were being told to prioritise hospitals.

At this time there were still no restrictions on which residents were being accepted into the home, and still no testing. Then one resident got sick. They had a nasty infection that wouldn’t clear. They were also displaying a number of other symptoms, but none of the ones we’d been told to watch out for. However, the nurse was concerned and the resident was admitted to hospital. The next day we were told they’d tested positive for Covid-19.

A few days went past before the next hospital admission – another positive test. Within 3 weeks, the number of residents who had died was into double digits – and most of them hadn’t even been admitted to hospital and had been remotely diagnosed. Despite the virus clearly running rampant through the home, we were still being told we needed to accept new residents in order to clear beds from the hospitals. And, up until around mid-April, a negative Coronavirus test was still not required for the transfer.

We are still accepting admissions from hospitals. They now require a negative test before they arrive – but the horse has already long bolted. I can’t tell you how many mothers, fathers, sisters, and brothers we have lost, who we saw more than our own family members, who became our family, whose hands we held as they gasped for air, with fear in their eyes as they contemplated what could be their final moments on earth.

There is nothing else we can do but make them comfortable. Hospitals refuse to admit them. Paramedics simply tell us that their SATS aren’t low enough, or their temperature isn’t high enough, or that they just aren’t sick enough for hospital and there’s just nothing else they can do. And then, with no family around them, they die where they lay.

We Care Assistants have a dark sense of humour. In this job you need one. My colleagues are some of the strongest, kindest, bravest people I have ever had the pleasure of working with – strong men and women genuinely putting the lives of residents above their own. A lot of us refuse to be called heroes because it is “just our job, its what we do!“.

But, Mr Johnson, whilst I didn’t vote for you, I don’t envy the job you were handed in dealing with this virus. I am sure it causes many sleepless nights. I also don’t doubt that, when you were very sick with Covid-19 yourself, you took the time to contemplate the decisions you have taken and how they have affected the lives of ordinary people.

But when I am asked in the future – as I am sure I will be – about what it was like to be a Care Assistant in the UK during the 2020 Coronavirus pandemic, I will tell them that the Prime Minister of the time was either intentionally killing old people, or he was beyond incompetent. From the sheer horror I have witnessed at first hand – from the criminal lack of preparation, the shameful failure to provide PPE, and the simply outrageous decision to allow Coronavirus positive patients to be transferred into care homes without any consideration to the fact it would so obviously lead directly to an untold amount of completely avoidable deaths – there really is no other conclusion any reasonable person could reach.

This article was written by an anonymous UK Care Assistant whose workplace has seen almost half of their residents die since the Coronavirus pandemic hit the country.