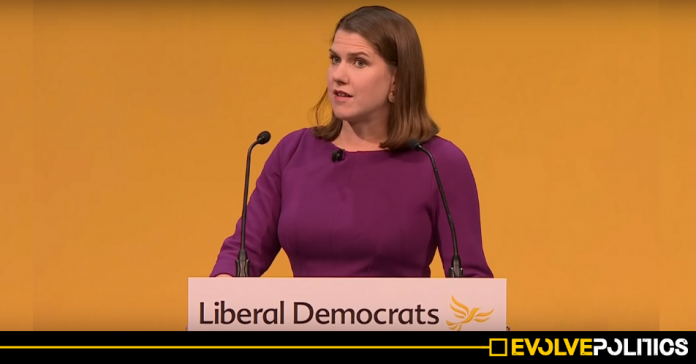 Yesterday, members of the Liberal Democrats voted to change their Brexit policy. From previously supporting a second referendum in order to resolve the issue, Jo Swinson’s Party are now pledging to simply cancel the result of the 2016 EU referendum by revoking Article 50, should they come to power.

In 2016, I voted to Remain, and I would vote Remain in any second referendum. However, the Lib Dems’ stance to simply cancel the result of the 2016 referendum is truly revolting.

Not only would such a move would do untold damage to trust in our democratic system, it runs the very real risk of causing irreconcilable divides across the country and unleashing social upheavel the likes of which this country has arguably never seen before.

The 2016 Brexit Referendum was the biggest democratic exercise this country has ever seen. It was billed as a ‘once in a lifetime opportunity’ for the people to have their say on what an inherently divisive issue – and both sides consistently argued that the result, whichever way it went, would be implemented.

Following the 2016 referendum, the Lib Dems briefly argued that the Brexit result should be implemented in the least damaging way possible. At the time, the then Lib Dem MP Vince Cable – who would soon succeed Tim Farron as leader – argued that having a second referendum on the issue would be “seriously disrespectful and politically utterly counterproductive“. However, just a few months later – not even a year after the vote to Leave – the Lib Dems adopted a second referendum as official party policy and pledged it in their 2017 General Election manifesto.

With three and a half years having now passed since the referendum, and with the Tory government having botched negotiations disastrously, asking the public to decide the way forward in a confirmatory vote on any deal has now become a completely understandable policy position – one which, following more than two years of pressure from Remain supporters, has recently been adopted by the Labour Party.

But, having watched their Brexit policy become clouded by Labour’s newly adopted stance on a second referendum, the Lib Dems have clearly made a tactical decision to differentiate themselves – essentially moving to the other end of the argument in the hope it will hoover up votes from people who simply want this whole Brexit mess to stop.

However, with the Lib Dems’ latest change of tact to what is essentially an extreme Remain position, and with The Brexit Party and the Tories positioning themselves at the other end of the spectrum by offering the hardest of hard Brexits, Labour have been left as the only major party attempting to reconcile the divide by offering a sensible compromise policy to actually bring the country back together after years of Brexit turmoil.

Referenda are only very rarely held in the UK, but they remain the most democratic way to resolve deeply divisive single issues – and the precedent in this country has always been that only a second referendum can override the result of a previous one. Conversely, General Elections are held regularly so that the country has the chance to decide on all manner of issues and the overall direction of the country.

Yet, what the Lib Dems are attempting to do – almost certainly due to a lack of popular domestic policies – is to turn the upcoming General Election into a de-facto Brexit referendum. But, not only does the Lib Dem’s latest tactical ploy risk undermining our entire constitution, it also risks splitting the Remain vote and allowing the Tories through the middle to implement a disastrous No Deal Brexit.

I wholeheartedly believe that Remaining in the European Union would be the best thing for our country, but the damage that simply cancelling the result of the 2016 referendum would cause would be far more catastrophic than having a second referendum and leaving with a sensible deal.