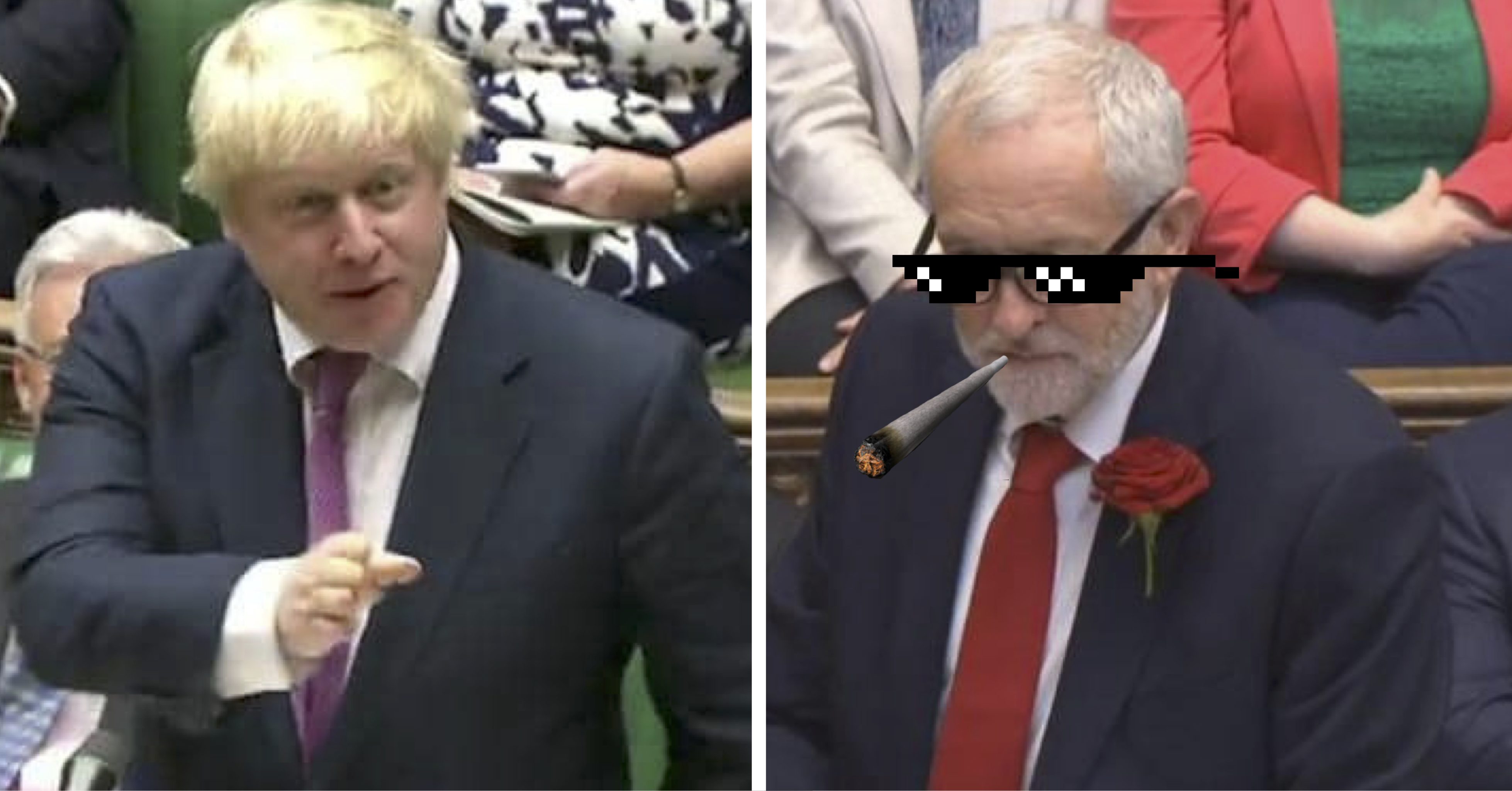 It’s safe to say that the Tory party are in utter chaos right now.

Theresa May is leading a shambolic government propped up by extremist religious fundamentalists; she’s dropped every single commitment she proposed in the Tories’ abominable election manifesto; and now, to top it off, senior Conservative cabinet ministers are now openly advocating stealing policies from the opposition.

Secretary of state, Damien Green, has recently hinted that he is astoundingly now favour of a national debate around cutting tuition fees – a proposal that would never have been suggested by a savagely neoliberal Conservative party had it not been for Jeremy Corbyn absolutely obliterating the Overton window during the General Election campaign.

And now, with no hint of irony, Foreign Secretary Boris Johnson has thrown a monstrously large onion in Theresa May’s foul-tasting ointment by suggesting the PM should engage in yet another u-turn by accepting Corbyn is right about scrapping the 1% public sector pay cap.

But – I hear you ask – wasn’t there a vote on this just a few days ago?

The very same Boris Johnson that voted against Corbyn’s proposal to scrap the unfair and unjust wage cap on our heroic emergency service workers and public sector staff has now, miraculously, changed his mind.

No offence Boris, but do you really expect anyone to believe a single word you say anymore?

I don’t think most people in Britain do any more. Least of all Jeremy Corbyn – who, as you can see from his ruthless Facebook post below, has just savagely exposed the brazen hypocrisy of Boris Johnson’s latest confused mutterings.

The Labour leader is spot on.

How can you possibly trust a party who now say they want to implement a policy they almost unanimously voted against just a few days ago?

How can you possibly trust a Conservative Party who have already scrapped every single commitment they proposed in the General Election manifesto?

How can you trust a Party led by a woman who said she wasn’t going to call a snap election, and then did, purely out of self interest?

And how can you trust a Tory Party who say one thing in the press to lull the public on to their side, and then do the complete opposition in division chambers.

The long and short of this story is that Britain needs a leader with steadfast conviction, and an iron-will to improve things for the ordinary people of Britain.

Many said that Thatcher was an iron lady: a politician of unshakable conviction and principle. And these people were right.

It’s just a shame that her convictions and principles were directly aimed at destroying the gains of the working class in favour of handing power and wealth back to the already super-rich elite.

Theresa May, much the same as Boris Johnson, has absolutely nothing on Thatcher in terms of conviction. The modern Tories have absolutely no principles whatsoever.

They are so consumed with maintaining their ever-loosening grip on power that they have absolutely no idea what to do with it. They have no vision, no direction, and no clue how to make Britain a better place for ordinary people.

The simple fact is that the Tories don’t want to make Britain better. They just want to stop Jeremy Corbyn getting into power. And if that means they’ll shamelessly steal policies put forward by a rejuvenated true-Labour party, then the Tories seem more than willing to do just that.

Why don’t we elect someone who might actually change Britain for the better next time, eh?