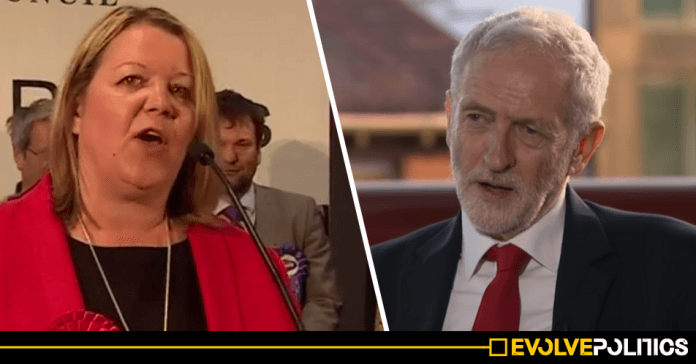 The Labour Party have defied the odds of every single major bookmaker in the country to beat Nigel Farage’s Brexit Party in the Peterborough by-election – managing to hold the seat by a clear margin despite hugely negative media coverage of their candidate and the former Labour MP, and the fact that the constituency voted overwhelmingly for Brexit in the 2016 EU Referendum.

As late as yesterday, bookmakers were still offering long odds of 7-1 for Labour to hold the seat – meaning that if you put £10 on it, you would get £70 back plus your original £10 stake.

Furthermore, Nigel Farage’s Brexit had been odds on to win the seat since their success in the EU elections, with many bookies rating them as short as 1-7, meaning that if you put £10 on it, you would only win an extra £1.43.

Furthermore, Labour also had to contend with hugely negative media coverage of their candidate in the run up to the vote, as well as the fact that their previous MP, Fiona Onasanya, was forced out of the seat in disgrace after being convicted of perverting the course of justice.

However, despite the odds being stacked against them, and despite everything that was thrown at them, Labour managed to hold the seat by grabbing 31% of the vote.

Meanwhile, despite Peterborough voting by a massive margin of 61%-39% in favour of Brexit in 2016, Nigel Farage’s Brexit Party could only settle for second place, picking up 29% of the vote.

In third place were the Tories on 21%, with the Lib Dems and the Greens picking up just 12% and 3% of the vote, respectively.

Whilst the result came as a shock to both mainstream journalists and the bookmakers, former Evolve Senior Editor (and an ex-staffer for Fiona Onasanya), Matt Turner, predicted a Labour victory and was proved completely right:

100% record in tact. Thanks to the Westminster bubble journalists who didn’t want to know about my insight despite having worked in the Onasanya office. Keep on talking to yourselves and book me next time x

Furthermore, Evolve also saw a Labour victory coming – correctly predicting that the huge split in the Brexit vote between the Tories and The Brexit Party would allow Labour to sneak through the middle:

Despite the bookies and the media all predicting an easy win for Farage’s Brexit Party in the Peterborough by-Election, we accurately predicted that Labour would beat them over a month ago:https://t.co/WjBtGGskRj

Labour’s odd-defying victory in the by-election owes huge thanks to the thousands of Labour members who came out in force to canvass for the party in the run up to polls, with both Jeremy Corbyn and Momentum claiming the victory was all down to their hugely people-powered campaign:

I'm delighted to congratulate @LisaForbes_ on winning the #PeterboroughByElection and for running a people powered campaign.

Peterborough has again rejected Tory austerity – showing clear support for our programme of ending cuts, and investing in services and communities.

The real story in #PererboroughByElection: having a mobilised and positive membership out on the doorstep.

Labour and @PeoplesMomentum got hundreds of people out in their GOTV efforts, at a time when the movement has been demoralised and at a low ebb. It’ll be even bigger at GE.

The newly-elected Labour MP for Peterborough, Lisa Forbes, will take up her seat in the House of Commons immmediately.