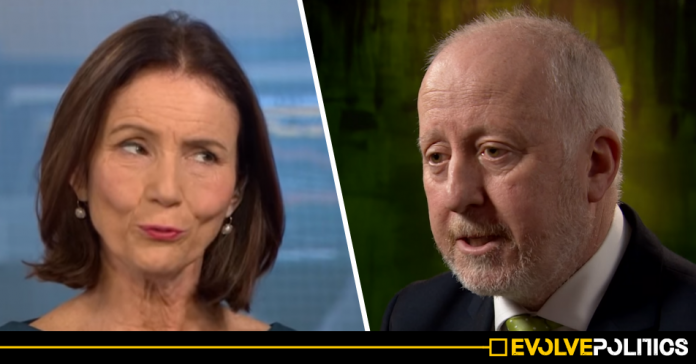 The Labour Party have demanded an apology from the Confederation of British Industry (CBI) after it was forced to admit that it used fabricated false information in calculating the cost of Labour’s plans to renationalise the UK’s utilities and railways.

On Monday, a report from the CBI – which claimed that it would cost £196bn for Labour to take the rail network, water, energy, and the Royal Mail back into public democratic ownership – was widely reported by much of the UK media.

However, in an email exchange between Labour and the CBI, the business lobby admitted that its calculations were not actually based on the party’s official policies.

In the emails, the CBI admitted that it had simply “assumed” that Labour would forcibly purchase the current rolling stock of around 14,000 trains, which are currently owned by private sector leasing companies:

“We have assumed the rolling stock would be bought into public ownership as the trains are currently owned by the private sector and therefore full-scale nationalisation of rail would require this. However, we recognise that this isn’t official Labour policy on nationalising the rail industry.”

It is estimated that the purchase of the rolling stock would have added around £10bn to the CBI’s total figure.

Furthermore, the CBI also refused to release exact details regarding how they arrived at their final £196bn figure, stating:

“Unfortunately we are unable to provide a breakdown of the £196bn figure as our members do not feel comfortable doing this.”

Responding to the CBI’s admission, Labour’s Shadow Transport Secretary, Andy McDonald, said the buisness lobby had based their figures on “fabricated false information” and slammed the CBI for not having “the guts to publish their figures“, before demanding an apology:

“The CBI’s shoddy research and shabby conduct does a great disservice to our political debate during the hugely challenging times through which we now live. At the very least, I would expect an apology from Carolyn Fairbairn over the distorted misrepresentations her organisation has sought to peddle.”

I take it as a compliment that the CBI has to resort to telling lies to discredit Labour's popular plans for public ownership https://t.co/BfWA7Vno70

However, in response, the CBI said they continued to stand behind their analysis of Labour’s plans for large-scale renationalisation.

The CBI’s initial analysis was widely – and largely uncriticially -reported by the UK mainstream media, including the BBC.

However, despite the emergence of the CBI’s calculation error, as well as their refusal to release details on how they arrived at their final figure, the majority of the mainstream media are yet to set the record straight or issue any corrections.

The CBI report is clearly a dishonest and poorly researched hatchet job. Unfortunately it comes as no surprise that the BBC chose to amplify their misleading attack by reporting it without scrutiny.https://t.co/VpuP3kGkDX