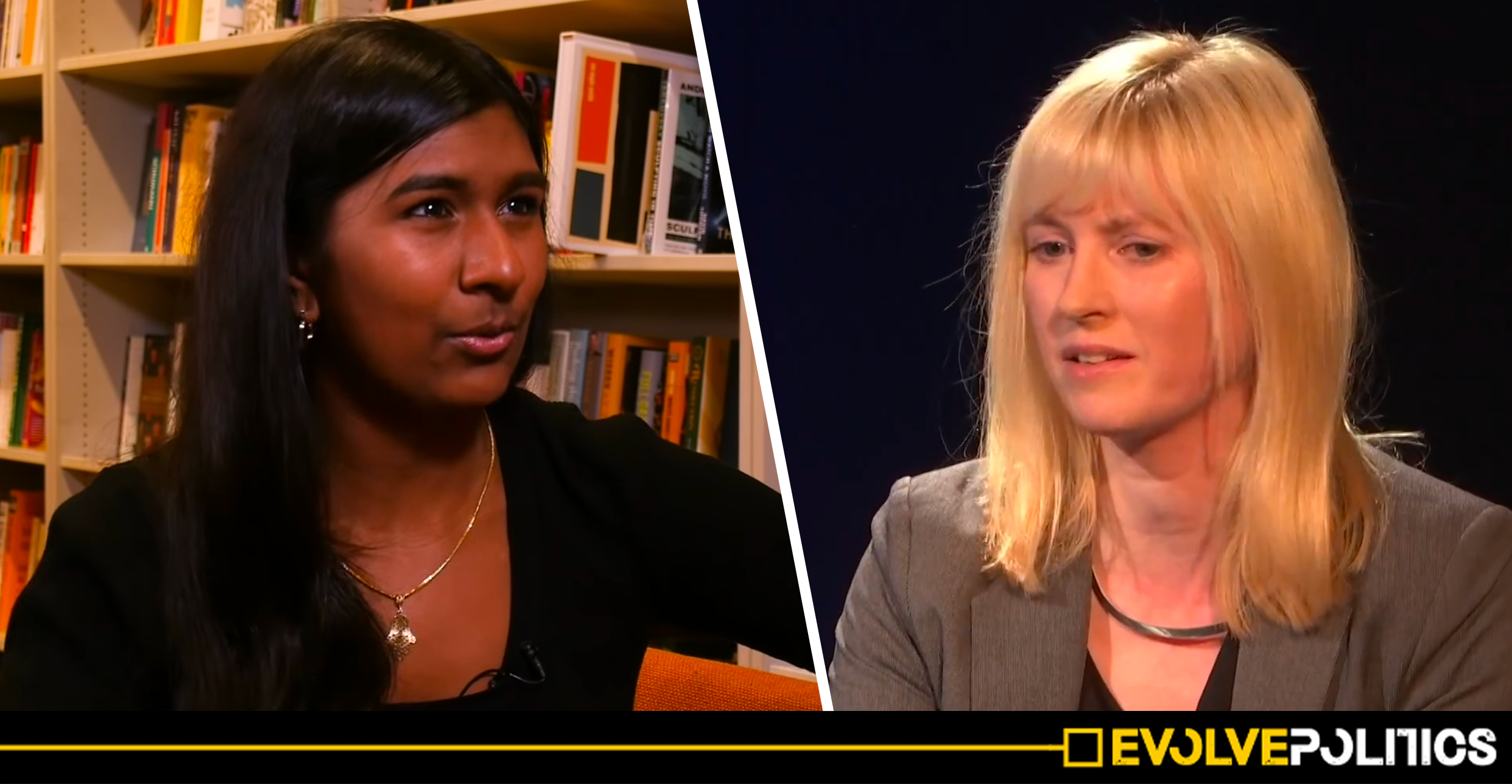 Labour MP Rosie Duffield has suggested that she could refuse to condemn racist abuse towards a BAME Labour activist in future after they disagreed with her policy suggestions about strengthening laws on the sale of nitrous oxide.

On Tuesday, the Labour MP for Canterbury announced that she would be calling for ministers to tighten regulations on the sale of nitrous oxide.

In a Commons debate, Duffield said that it was “far too easy” for young people to obtain the recreational drug, and appeared to suggest that criminalisation may be the answer, stating:

“If I purchased some canisters for the purpose of indulging a quick lockdown high, I wouldn’t have broken the law.”

However, Ash Sarkar, the Contributing Editor for left-wing new media outlet Novara Media, responded to a BBC article reporting Duffield’s comments with a humourous reference to a segment from the cult Channel 4 show Brass Eye which satrised the war on drugs, stating:

“Users of laughing gas have reported adverse reactions from “Czech neck” to crying all the water out their body. One young woman even vomited up her own pelvic bone.”

Users of laughing gas have reported adverse reactions from “Czech neck” to crying all the water out their body. One young woman even vomited up her own pelvic bone.https://t.co/skS1Ce0CnK

Duffield quickly responded to Sarkar’s tweet, suggesting that her humourous comments were “vile and unpleasant”, stating:

“Apparently the preventable early deaths of young people is merely comedy point-scoring to some on the far-left. How vile and unpleasant. Thanks to all my constituents who raised their concerns with me about the social, environmental and health problems caused by ease of access.”

Apparently the preventable early deaths of young people is merely comedy point-scoring to some on the far-left. How vile and unpleasant. Thanks to all my constituents who raised their concerns with me about the social, environmental and health problems caused by ease of access. https://t.co/jvEN9s8UUo

However, Sarkar responded by citing statistics which she argued showed it was “silly” to focus on nitorus oxide whilst other legal drugs caused far more deaths, stating:

If criminalising nitrous oxide (a gas considered safe enough to administer to pregnant women during labour) wasn’t a silly policy, I wouldn’t make jokes about it.”

Sarkar then added another tweet saying that she was “quite enjoying an otherwise polite conversation” until Ms Duffield had quote-tweeted her to her followers:

I was quite enjoying an otherwise polite conversation between us in the replies, @RosieDuffield1. Weird that you decided to quote-tweet insults for your followers instead.

However, Duffield responded to Sarkar’s tweet by calling her “consistently unpleasant“, before suggesting that she could refuse to condemn racist abuse towards the BAME Labour activist in future as a result:

Weirder still that you are so consistently unpleasant Ash. Particularly given that despite our vast political differences, I have gone out of my way to support you recently when this platform has been giving you so much abuse. Not sure I'll bother in future.

Sarkar has repeatedly documented vile racist abuse and death threats she has faced on social media:

I’m waking up to death threats because Twitter has decided that a photo of myself eating an orange lolly in Hackney is a mockery of the people who were stabbed in Reading.

It’s deranged stuff, but nasty all the same. I’d appreciate if people could report some of these tweets. pic.twitter.com/Qc8qmXHfgP

Unsurprisingly, numerous social media users responded angrily to Duffield’s suggestion that she could refuse to call out racist abuse and death threats if people disagree with her policies:

This is a pretty vile tweet. Ash suffers racist abuse on a daily basis. White people offering only conditional support against racism is outrageous, and not remotely anti-racist. Anti-racism is unconditional. Please retract this.

Rosie, deciding to withdraw your support for a victim of racist abuse because they politely disagreed with you online about something else is not a good look. Neither is then calling that person “consistently unpleasant”. Please consider deleting and apologising to Ash.

please have a think about this comment. it really sounds like you think standing against racist abuse is a huge personal favour that is really conditional on how much you like their personality. which would be quite an unpleasant worldview if it’s yours.

1. Ash wasn't being unpleasant whatsoever in this thread, maybe get one of your aides to read it back to you.
2. Admitting you'll only support Ash against the racist abuse she receives daily if she's nice to you is just top top work, well done Karen.

You’re withdrawing solidarity against racist and misogynistic abuse, including death and rape threats, because the person thinks your Labour Against Balloons campaign is a waste of time?

If you care so much about online abuse, why are you now suggesting your support is conditional on them being 'pleasant'? Surely is unacceptable whether you like the person or not?

You can't only defend the people you like. That's not anti-racism. Either you stand against abuse when you see it or you enable it. That's it. It's appalling that you're threatening to withdraw your allyship because Ash misbehaved and challenged your ideas.

"I'll no longer support you against racism because someone made fun of my stupid balloon crusade."

Not a great look.

"IF YOU WANT ME TO CARE ABOUT ABUSE AGAINST BLACK OR BROWN WOMEN YOU BETTER BE NICE TO ME!!!!" pic.twitter.com/9vcEemFjST

There we have it, ladies and gemmun, the wetarse Centrist mentality summed up in one tweet: "My solidatrity towards you only exists so long as you only agree with me and never challenge me on any point." What a disgrace to the Party you are.

In addition, Duffield also responded to numerous social media users who disagreed with her policy suggestions by simply blocking them.

It remains to be seen whether Duffield’s conditional condemnation of racist abuse and death threats towards Labour activists will become party policy.