It can be tempting to share a meme showing ‘what the mainstream media won’t tell you’, but sometimes the much-derided mainstream media won’t tell you something because it checked it out and it wasn’t true. That’s why we need good journalists and good journalism. I’ve never been afraid to take on the mainstream media when it abuses its power or acts illegally or unethically – by hacking phones, bribing public officials, or going through people’s bins. And complaints about the ‘biased mainstream media’ are sometimes justified. But the solution does not lie in the creation of a form of pseudo-journalism that is even more biased, less rigorous, and often based on downright lies.

Alternative media platforms are not the problem for Tom Watson and his fellow travelers. The problem is that these independent sites are invariably pro-Corbyn and hostile towards the corporate right-wing of the Labour Party. If alternative media had been blowing smoke up his sizeable and cosseted derriere, you wouldn’t hear a squeak out of him.

By launching an inquiry into ‘fake news’ and using the term ‘fake news’ at every opportunity, Watson and Dugher are attempting to plant a subliminal message. They know they cannot stop the rise of alternative media, so they have to try and manipulate and discredit it. Their ultimate aim is re-brand ‘alternative news outlets’ as ‘fake news outlets’ so that, by definition, they are untrustworthy and you should not read their content.

You can expect at some point to see a list of media organisations that have been given the seal of approval by the Labour Party – with the suggestion being that organisations not on that list are purveyors of ‘fake news.’

The irony of the right-wing of the Labour Party being – all of a sudden – concerned with ‘fake news’ when so many of them have written columns for The Sun in the last year, is clearly lost on them. On a daily basis, rags like the S*n, the Daily Mail, the Express, and the Star, peddle outright lies, smears and half-truths about minority groups, yet Watson and Dugher have got their underpants in a irreversible twist over the Canary.

The head of Watson’s inquiry into ‘fake news’, Michael Dugher, is an obvious choice. He has the sole credential required for Watson’s grubby gig – he is vehemently anti-Corbyn.

The consummate slime-ball and less-than-useful idiot, Dugher, landed himself a job in Corbyn’s first shadow cabinet. His rationale for putting himself forward became evident very quickly. He was in the shadow cabinet for the purpose of smearing, sneering, briefing and generally behaving like a bit of an arsehole, just so he could get himself sacked.

When he was inevitably given the boot by Corbyn he went crying to his friends in the media about how badly he had been treated, and how his dismissal proved that Corbyn wasn’t interested in unity. His plan backfired as most people pondered ‘Who the f*ck is Michael Dugher?’ while the rest pointed out his obviously choreographed childish behaviour.

I must admit to being quite surprised that Dugher is interested in ‘fake news’ as it didn’t seem to bother him while he was writing columns for The Sun and quaffing champagne and oysters at a shindig at Rupert Murdoch’s pad. Don’t take my word for it though. I don’t have the ‘Tom Watson School of False News’ tick of approval. Instead, read all about it in Tom Watson’s own book – ‘Dial M for Murdoch.’ 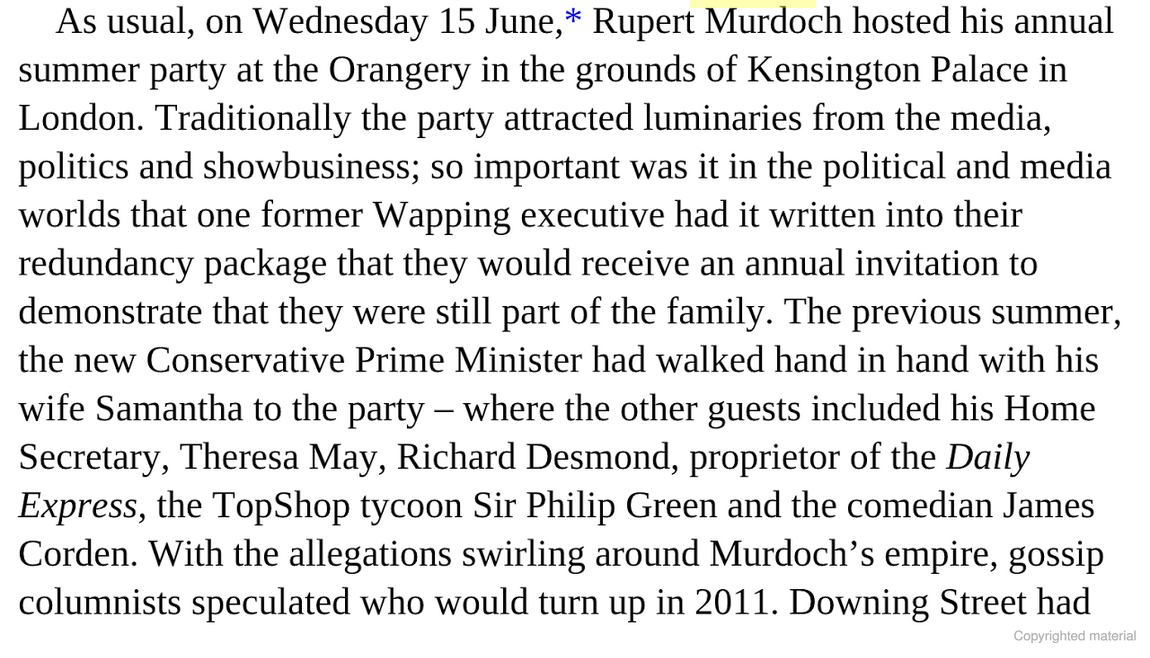