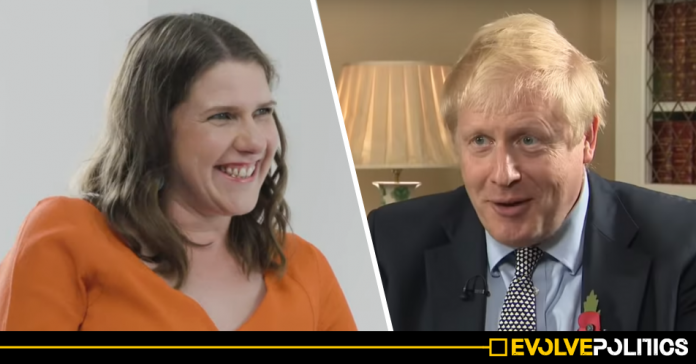 A Liberal Democrat candidate has been slammed for potentially ‘helping the Tories deliver a hard Brexit‘ after announcing his bid to oust the incumbent Remain-supporting Labour MP in the ultra-marginal Remain-voting Labour/Tory constituency of Canterbury.

Tim Walker, a journalist for the staunchly pro-Remain New European magazine, announced on Friday that he would be standing as the prospective Lib Dem Parliamentary candidate for Canterbury.

Today I announce I’m @LibDems prospective parliamentary candidate for Canterbury. I will win this in the name of #Sanity4Canterbury.

In 2017, Rosie Duffield was elected as the Labour MP for the Kent constituency by a tiny margin of just 187 votes ahead of the Tory candidate.

During her two years as an MP, Duffield has consistently supported Remain causes and repeatedly voted against both Theresa May and Boris Johnson’s Brexit deals in Parliament.

The Lib Dems – who have consistently pledged to stop Brexit and do everything to stop the Tories delivering it – have even decided to stand aside for the former Tory MP Dominic Grieve (who is standing as an Independent for the upcoming election) to avoid splitting the Remain vote in his Beconsfield constituency.

However, Jo Swinson’s party have decided against making the same decision for the equally Remain-supporting Labour MP in the ultra-marginal Canterbury constituency.

Unsurprisingly, given the Lib Dems’ bizarre lack of consistency on the issue, added to the fear that the decision to run in the seat would help the Tories, Walker’s announcement was quickly met with disdain from Remain supporters.

Clive Peedell, the co-founder of the NHS Action Party and a vehement critic of the Tories, replied to say that the decision was “as idiotic and dumb as it gets“, before going on to state that:

“You will split vote and give election to Tories. Lib Dem’s need to stand down here. Use your knowledge and expertise by contending another seat that makes sense.”

Sorry, Tim, but this is as idiotic and dumb as it gets. You will split vote and give election to Tories. Lib Dem’s need to stand down here. Use your knowledge and expertise by contending another seat that makes sense. #unfollowed pic.twitter.com/CmpqpkgBf9

“What on earth is the point of standing against Rosie Duffield? I would really like to hear your explanation.“

What on earth is the point of standing against Rosie Duffield? I would really like to hear your explanation.

Even numerous Twitter users with the #FBPE hashtag in their username – a hashtag strongly affiliated with the Liberal Democrat’s Remain campaign – slammed the decision:

Dear Tim Walker, that is insane. Remove a Labour Remainer and barring a miracle, install a Tory in her place. The LibDems should be better than this. Remainers want to see cooperation. Any party that fails to understand that will never be forgiven. pic.twitter.com/QioG99BmC7

Don't do this. I'm for #TacticalVote to get the Tories out. LibDem will split the vote – you are coming from 4k whereas Duffield has 21k + tiny majority. Better if you stand down. #RemainAlliance

Walker’s Twitter post garnered almost 2,000 seperate replies, with the vast majority of them strongly critical of the Lib Dem’s decision to stand in the constituency.

The public will take to the polls on Thursday December 12th, and the decisions made by similarly-positioned Remain parties in each individual constituency will be pivotal in deciding the eventual outcome of Brexit.

The Green Party have already announced they will be standing aside and endorsing the Labour candidate in Calder Valley, and are widely rumoured to be considering standing aside in several more seats to help the Remain cause.

However, the Liberal Democrats are currently planning to stand candidates in nearly all UK constituencies – including those where the margin between Labour and the Tories are extremely close.