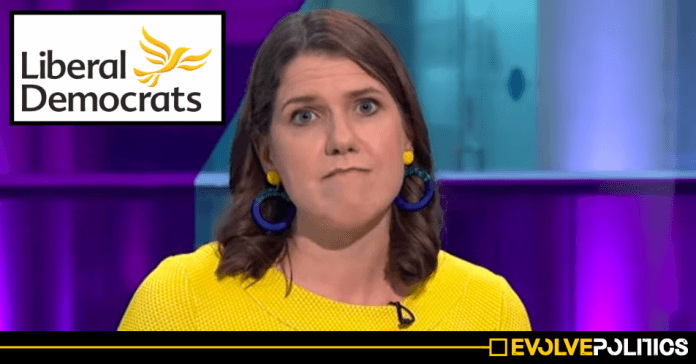 The Liberal Democrats have elected Jo Swinson – an MP who previously propped up the Tories during the 2010-15 coalition, and who has repeatedly voted alongside the Conservative Party in favour of tuition fees and devastating cuts to public services, whilst also voting against numerous measures designed to curb climate changes – as their new leader.

Earlier today, Swinson was elected by a convincing margin of almost 20,000 ahead of Ed Davey to replace the outgoing Vince Cable as the new leader of the Liberal Democrats.

Swinson has been the MP for East Dunbartonshire since 2005, and held two separate Ministerial roles in the Tory Cabinet during the Tory/Lib Dem coalition from 2010 until 2015.

Despite portraying herself as a ‘moderate’ throughout her career, Swinson’s voting record on climate change, austerity and tuition fees certainly leave a lot to be desired.

From 2010 to 2015, Swinson voted alongside the Tories on numerous anti-environmental measures, including:

Swinson also repeatedly voted alongside the Tories in implementing devastating cuts to public services and vital welfare benefits, including:

Furthermore, despite describing herself as a ‘progressive’, Swinson’s voting record often seems to favour the rich and powerful, having voted against a banker’s bonus tax, against the mansion tax, in favour of reducing corporation tax, and has spoken in glowing terms of zero hour contracts.

The new Lib Dem leader also appears to be in favour of further privatisaton, having voted in favour of the now widely-lambasted decision to sell off the Royal Mail.

At the beginning of her leadership campaign, Swinson also refused to rule out entering another coalition with the Tories.