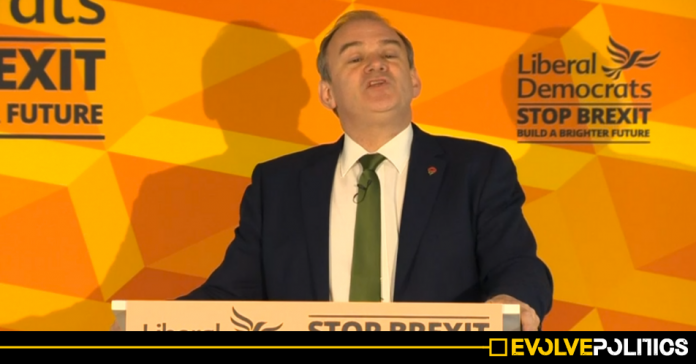 The Liberal Democrats have slammed Labour’s plans to invest in public services and promised to put Britain into a state of permanent austerity if they win power in the upcoming General Election on December 12th.

Announcing the party’s economic vision at a speech in Leeds yesterday, the Lib Dem’s Deputy Leader, Ed Davey, hit out at Labour’s promise to pump investment into the NHS and other public services by labelling the plans as “fantasies” which would wreck the country’s finances.

Davey also promised that, if they attained power, the Lib Dems would implement a fiscal rule which would compel them to run a permanent 1% budget surplus at minimum.

Davey’s fiscal rule pledge would mean that, under the Lib Dems, spending on public services would remain permanently lower than the amount brought in through tax reciepts.

The Lib Dem’s plans would effectively prohibit the party from providing any extra investment into public services, such as the NHS or schools, unless the government were able to raise more money through tax rises or spending cuts elsewhere – even if the services were in desperate need of extra funds.

In his speech, Davey also declared that a Lib Dem government would only borrow money for capital investment projects that an independent watchdog had judged would generate more money than they cost.

In addition to describing Labour’s plans to invest in the NHS and other public services as “fantasies“, the Lib Dem Deputy leader also hit out at Jeremy Corbyn’s pledge to provide free ultra-fast broadband to every citizen by labelling the plan as “just mad economics“.

The Lib Dem’s plan for permanent austerity comes after almost a decade of public service cuts which have seen the NHS, schools and the fire-service – amongst many others – plunged into financial crises and severe staff shortages.

Davey’s pledges have been interpreted by many as a clear attempt to outflank the Conservative Party – who are now pledging moderate increases to public service funding – to the right on the economy.

The Lib Dem’s plans also appear to be far stricter than those imposed by the former Tory Chancellor and the architect of austerity, George Osborne, during the 2010-2015 Tory-Lib Dem coalition.