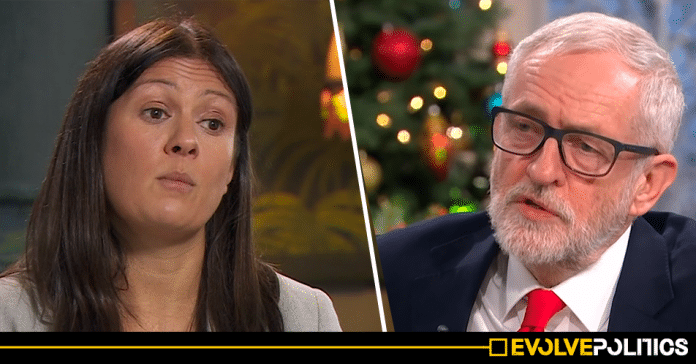 Labour leadership candidate Lisa Nandy launched a coup against the Labour leader Jeremy Corbyn just eight weeks after he was handed an overwhelming mandate to lead the party by Labour members in September 2015, the Shadow Chancellor John McDonnell has claimed.

Speaking at an event hosted by The World Transformed in January, the Shadow Chancellor claimed that less than two months after Jeremy Corbyn was elected to lead the party, he was forced to haul Nandy into his office because she was allegedly already involved in a plot to oust the Labour leader.

McDonnell’s claim stands in stark contrast to comments made by Nandy in an interview with the BBC’s Political Editor Laura Kuenssberg yesterday.

The Labour leadership candidate declared herself the best person to lead the party because she was, she claimed, a “genuinely non-factional” Labour MP.

Nandy then went on to allege that it was Jeremy Corbyn and his team attempting to “wage a factional war” on the party rather than MPs such as herself.

You can watch Nandy’s comments below:

However, Evolve have obtained audio of John McDonnell speaking at an event in January in which he claims that Nandy was a key figure in attempting to oust Jeremy Corbyn from the very beginning of his leadership:

“Lisa Nandy is now running for the leadership election. It was me who promoted her into the cabinet and urged Jeremy to appoint her – to give her climate change as the lead.

[Corbyn] was elected in September – in November I’m calling [Nandy] into my office to say “You’re involved in a plot against Jeremy!’.

She denied it! I said “I had people at the meeting! And your name was being mentioned as the alternative candidate!” ”

You can listen to McDonnell’s comments below:

Nandy is currently lagging behind both Keir Starmer and Rebecca Long-Bailey in the race to become the next Labour leader.