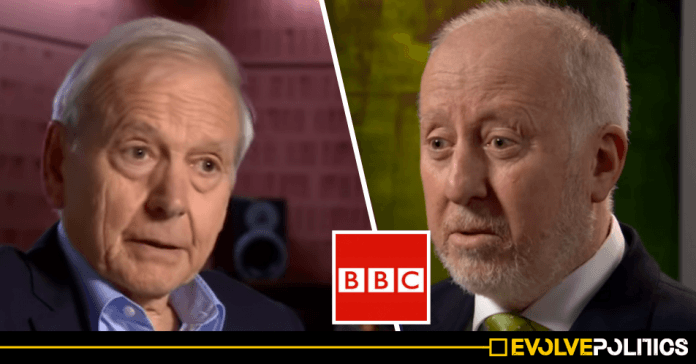 The Labour MP and Shadow Cabinet Minister, Andy McDonald, played an absolute blinder on BBC Radio 4 this morning after forcing the show’s presenter to completely backtrack on himself for making a blatantly false statement about Donald Trump’s State Visit earlier this week.

During this morning’s Today Programme on BBC Radio 4, Humphrys claimed that Donald Trump “didn’t say” that the NHS would be on the table in any future trade deal between the UK and the USA.

However, Humphrys’ claim came despite there being literal video footage – including from the BBC – of Trump saying it:

“When you’re dealing on trade, everything is on the table. So NHS or anything else. A lot more than that”.

"I think everything with a trade deal is on the table.. so NHS or anything else"

However, for the BBC’s John Humphrys, the cast iron fact that Trump literally said those exact words didn’t appear to matter.

“If the country is run by a Labour government, who are we going to turn to for our great trade deals? Because the relationship between Jeremy Corbyn and Donald Trump is pretty pathetic, isn’t it?”

“Well, when you get the President of the United States telling us that the NHS is up for grabs and on the table…”

However, Humphrys intervened by, astonishingly, claiming that Trump never said it, stating:

Humphrys then attempts to change tack by claiming that because Trump backtracked on his statement a few hours later, that somehow meant he never actually said it.

However, the Labour Shadow Minister wasn’t having any of it, and the rest of the conversation is absolute gold.

You can listen to the staggering audio clip in full below:

This clip of @AndyMcDonaldMP nailing John Humphrys on his Trump apologia, has brightened up my morning. It’s usually not the interviewee’s job to challenge the interviewer on blatantly false statements, but this is where we are now, it seems. pic.twitter.com/oKdzi4NHrA

When you have an interviewee being forced to correct their own interviewer for making blatantly false statements, you know something has gone a little bit wrong.

However, when the lying interviewer in question works for the BBC – a supposedly impartial and fact-based organisation – it really makes you wonder what on earth is happening behind the scenes of our once magnificent public broadcaster.