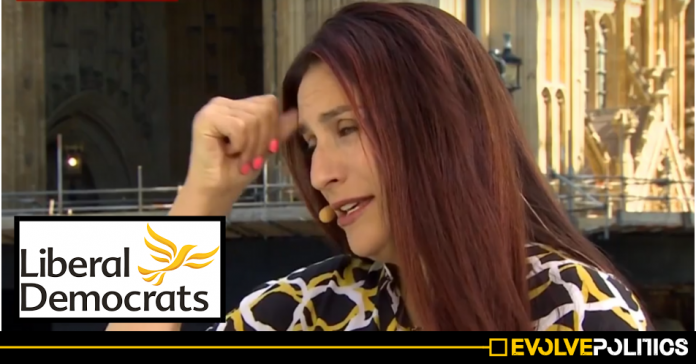 The former Labour MP for Wavertree, Luciana Berger, today announced that she was joining the Liberal Democrats after a brief stint in the slowly disappearing Independent Group/Change UK/Whatever They’re Called This Week – but she probably should have gone through her personal blog and social media accounts before doing so!

A tweet from former Evolve Senior Editor, Matt Turner, revealed that Berger had previously written that “You can’t trust the Lib Dems” – a headline which was, hilariously, juxtaposed with Berger’s most recent tweet declaring her defection to that very same same party:

Furthermore, Berger does not appear to have gone back through her old tweets either, with a link to an anti-Lib Dem article still proudly declaring that “You can’t trust the Lib Dems, no matter what they say“:

New post: You can’t trust the Lib Dems, no matter what they say http://t.co/2uy4URP6Pj @uklabour

Embarrassingly, another tweet by Berger from 2012 describes the Lib Dems as “Tories in disguise“:

@tonymc39 yup. Lib Dems hv been Tories in disguise when it comes to tuition fees, NHS etc. & yet they’ve said they may vote against snooping

Despite repeatedly voting with the Tories during her time in the coalition Cabinet, it is unlikely that the newly elected Lib Dem leader, Jo Swinson, will take kindly to being called a “Tory in disguise” by one of her colleagues.