Maybe it was a mistake, but The Guardian’s crossword just looked like anti-SNP propaganda 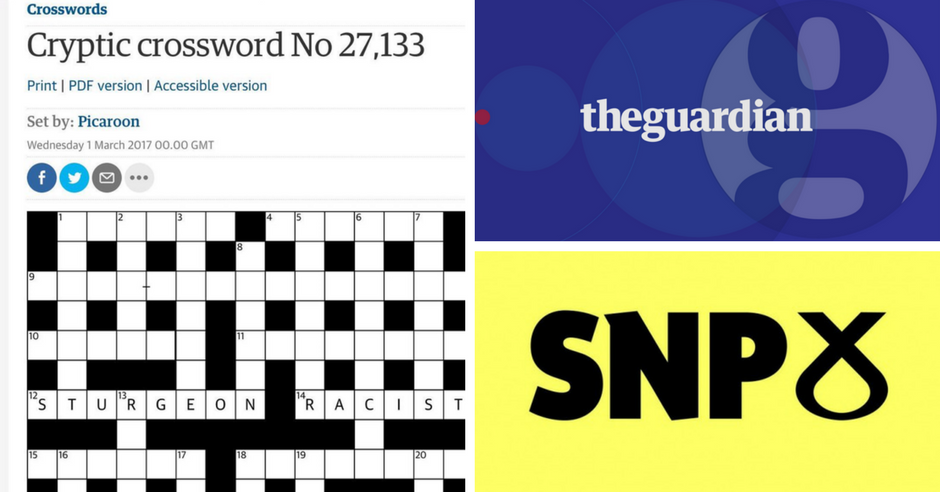