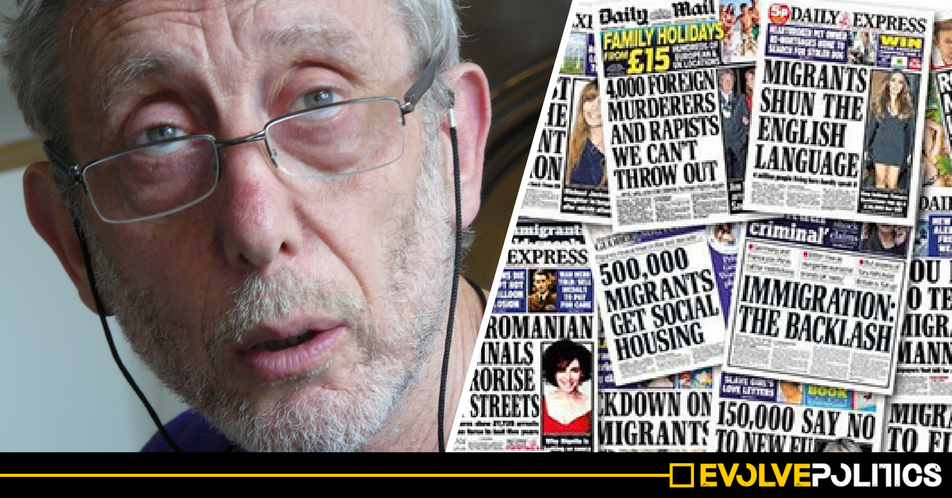 Figures release today by the Office for National Statistic (ONS) show that net migration into Britain remains at near record levels of 335,000 in the year to June.

This news comes despite the Tories pledging in both their 2010 and 2015 manifestos to deliver ‘annual net migration in the tens of thousands, not the hundreds of thousands’.

Of course, the news that the Tories have yet again missed their target didn’t go unnoticed. Michael Heaver, an aide to Nigel Farage, offered a tweeted critique blaming immigration for two specific problems:

As ever with UKIP these appear to be reasonable concerns, until you dig into the reality. Let’s address the 999 calls first.

999 calls have not trebled in 10 years. Even at their most wanton UKIP rarely suggest that immigration has trebled the UK population, so what might he mean. Well, the closest story I could find was that spending on answering 999 calls with private ambulances has trebled in 3 years. In the same period the volume of calls rose by only 4.5% a year.

What this means, besides Heaver lying, is that private involvement in the Ambulance sector is booming whilst the actual numbers change little. In this period the performance of Ambulance crews has begun to drop. The NHS statistics, discovered by the BBC, suggests that Ambulance response times are falling below target levels. In fact, the only region to meet and exceed the national target of 75% within 75 minutes was the Labour run Welsh NHS.

This has nothing to do with immigration.

The issue is not the number of drivers but one of infrastructure. Britain’s cities are older and less prepared for the taxes of a modern road network. As such they require investment, investment that until recently was not available. The group that studied congestion suggested that “money was coming in for the first time in a while,” and that this might alleviate the issues.

This also has nothing to do with immigration.

At this point I hand over to Michael Rosen:

“Concerns about immigration”? Where does that come from?

If you are registered as non-dom you can run a business
in the UK but pay no tax. This costs us billions.

The government regularly announces that it freezes
the wages of public service workers. This means that
people can afford less. Their living standards decline.

The government has repeatedly brought in policies
which have helped to increase the price of houses.
The proportion of people’s income required to rent or buy
has steadily risen. Flats and houses cost more to live in.
There is less space per pound of people’s income.

Some people do not know that the main reasons for their
standard of living to go down are nothing to do with immigration.
Instead, they keep hearing:

You know what happens next?

‘People are expressing concerns about immigration.”

The government laughs quietly to itself:
“People do not blame us for their living standards going down,
they blame immigration.”

His latest poem has since gone viral on Facebook:

Michael’s point is simple and eloquently expressed. People’s concerns over immigration are being fueled by a corrupt media and lazy politicians who cannot account for their own failings. It is easier to claim that there is too much demand than admit you failed to meet supply.

I have long been aware of this. I began my political career knocking on doorsteps and talking to people about their issues. Whilst most conversations were pleasant the topic often talked about was immigration. Although it wasn’t actually immigration that was the subject.

For close to a decade, since the financial crisis, people have felt their standard of living slip and a craven, cowardly political class have left them with no one to blame…no one except the Polish builders, the Bulgarian plumbers, or the Romanian nannies.

This government blames immigration for economic woes but has seen the largest rise in immigration in my lifetime. They campaigned on a platform of economic growth, growth that by their own notions should have been undermined by the growth in immigration. And we can prove they’re wrong.

Germany has the highest immigrant population in the EU and has seen real term wages grow by 14.9%. The UK saw ours fall by 10.4%. German house prices hover around the £40,000 mark per bedroom, half the UK’s figures and by 2017 Germany will have balanced its budget. Despite taking in 500,000 refugees.

The pain people are experiencing was a choice made by this government. A choice it could get away with because it knew its friends in the media and in the Twitterati would allow it. Under the Tories the richest 10% came to own 53% of the wealth, because they had their scapegoat.

We can’t afford to let them distract us any longer.