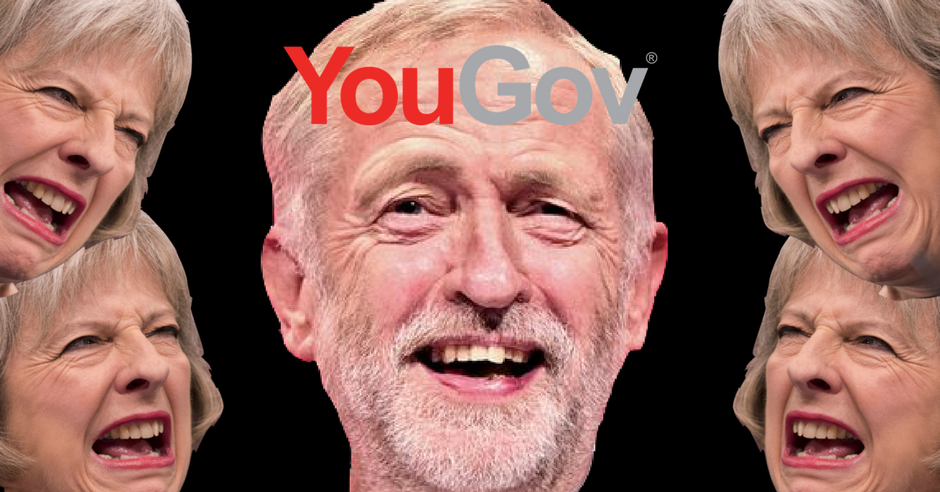 Tonight, The Times has revealed YouGov’s first seat by seat projection of the general election results, and it suggests the Tories will fall 16 seats short of a majority!

Last week we reported that Labour was only 5 points behind the Conservatives, but at the time there was no sure way of knowing how this would transfer to seats in parliament. Thankfully, YouGov have crunched the numbers, and they suggest that the Tories are on track to lose as many as 20 MPs next week based on current polling. In addition, Labour are set to gain 28 seats, which would be a phenomenal blow to both Theresa May, as well as many on the Labour right who are hoping that they can trigger a leadership election later this year.

It seems that after a dismal and poorly managed campaign from the Tories, people are switching from blue to red at an incredible rate. Jeremy Corbyn and Labour’s message of hope, optimism, and security is getting through to people, and it looks like the anti-Tory vote is far less splintered than in past elections, with the vast majority of non-Tory MPs being Labour or SNP.

Another positive thing for Labour is that these projections rely on the usual levels of voter turnout, with older voters (who are more likely to vote Conservative) voting in large numbers. What these numbers can’t predict is whether the million new young voters, who are currently polling at 69% for Labour, will swing a few more seats in Corbyn’s favour. If The Labour Party can get under 25’s out to vote on a big enough scale, June the 8th may be an even bigger success story for the party than figures already suggest.

By pledging to scrap tuition fees, build affordable housing, and scrap zero hours contracts, Labour has cemented itself as being the party for young people, whilst still appealing to older voters by promising to protect the triple-lock on pensions and totally oppose the universally criticised dementia tax.

Labour is consistently rising in the polls, so if this continues we can expect future seat projections to show even more constituencies switching to Labour.