Home Fake News No, Corbyn did NOT ‘storm out’ of the Labour Xmas party –... 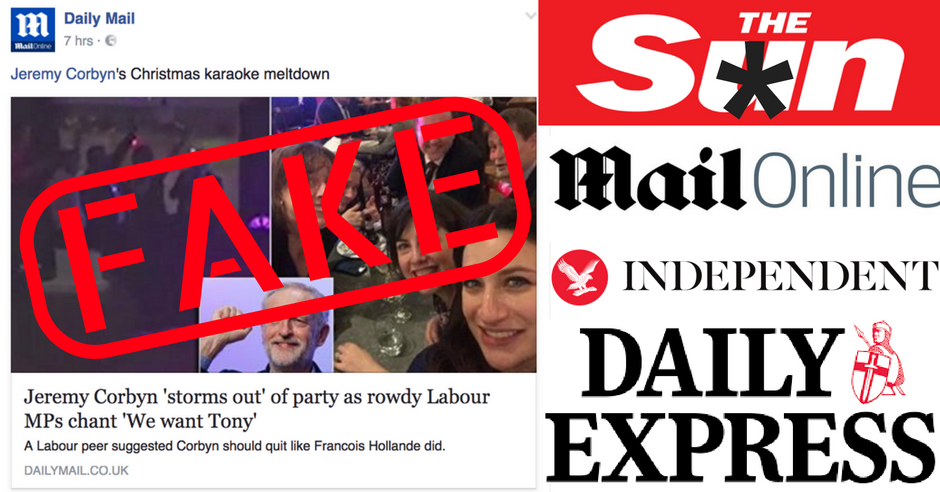 The word of the year is apparently post-truth but the concept is far older than that. Tom Watson’s war on fake news has opened up an unfortunate can of worms as Labour may find itself taking on most of the tabloids. The latest piece of post-truth propaganda is, unsurprisingly, a smear on Jeremy Corbyn. He stands accused of a temper tantrum over the actions of the PLP. They don’t even try to make it believable now…

The Mail, The Mirror, The S*n, The Express, The Independent and The Standard have all reported on the PLP Christmas story. The Labour leader supposedly “stormed out” after MPs sang the campaign song “things can only get better” whilst chanting “We want Tony.” They also sang “Like a Virgin” supposedly to mock Corbyn’s #Traingate scandal and “Back in the USSR.”

All six reported the story almost word for word, focusing on the behaviour of anti-corbyn MP Mike Gapes, who belted out Back in the USSR. Prefacing the song with “It’s never been more topical!”

And it’s not true.

Jess Phillips MP took to Twitter to pre-empt the story, stating, in her taciturn way, that she was there and it didn’t happen. Richard Burgon also took to twitter to rubbish the story, as did several aides who even added that Mr Corbyn enjoyed the party. 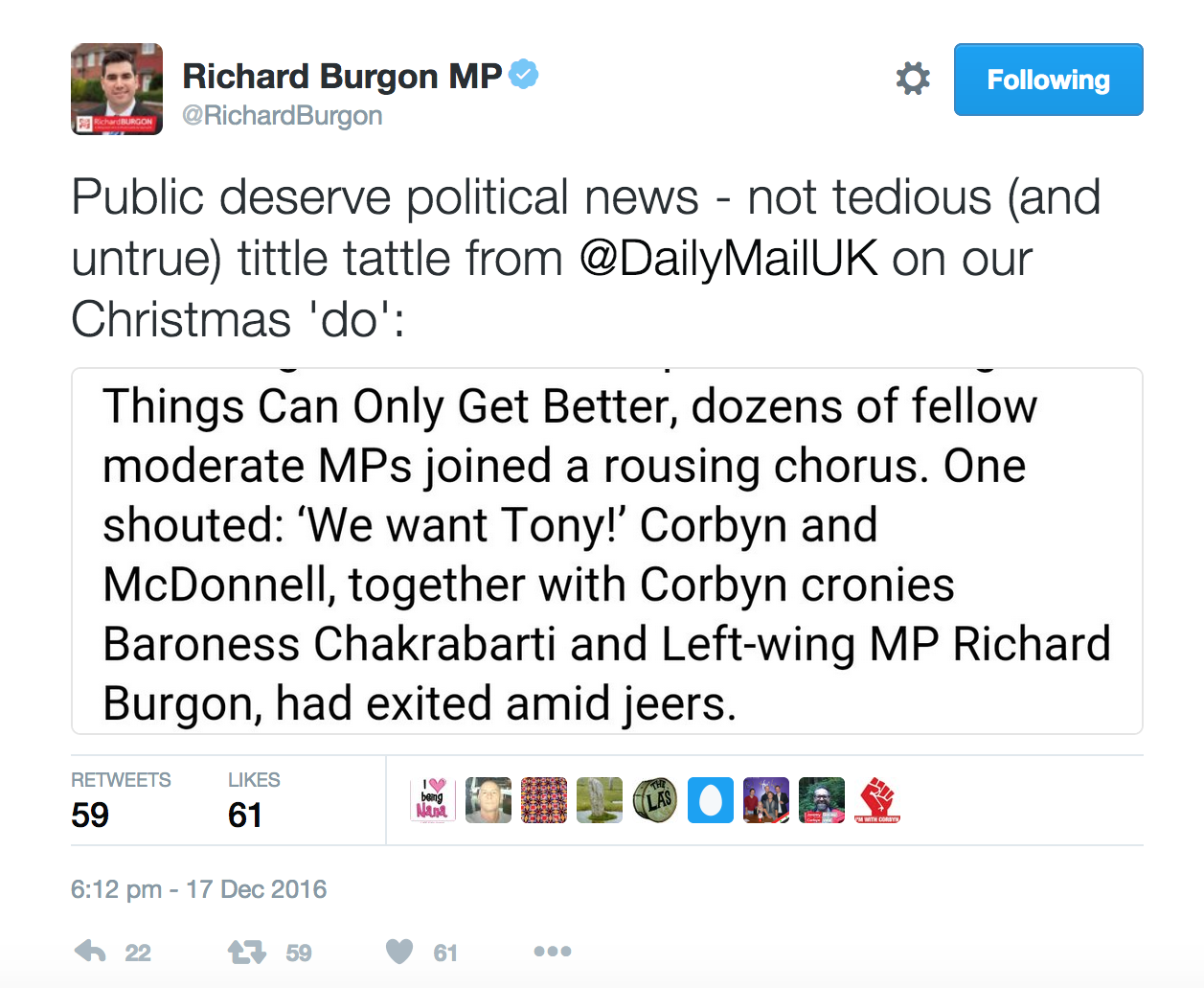 Now, this isn’t to say that the image of rambunctious Labour MPs singing “Things Can Only Get Better” doesn’t exist. They did sing the song. It’s just that Corbyn wasn’t there, he’d left earlier for another engagement.

Mike Gapes also confesses to signing Back in the USSR, but denies using it as a dig at Corbyn. His language was in fact much less confrontational. He also added that he didn’t see anyone leave or walk out.

Here we have 6 newspaper outlets reporting a story that, put simply, isn’t true. There was a party, Corbyn left early and some MPs did karaoke. This became embellished to Corbyn “storming out” after hearing a song he was absent for.

In fact there’s a bankruptcy to the reporting that’s very significant. They have all used the same language, told the story in the same order and ran very similar headlines. A few words might be capitalised differently, the tone slightly different, but they’re almost word for word the same piece.

The fact checking, the rigor and the truth we are supposed to expect from the mainstream media is entirely absent. The belief is that only independent outlets lie and deceive, this is now shown to be patently false.

Our national press, supposedly a bastion of the truth, has told a story so untrue it’s united Corbyn and his critics in baffled discomprehension.

The story reflects poorly on all involved. MPs look petty and childish and, perhaps worst, like almost cultish devotees to Blair. Corbyn looks weak, unable to keep his MPs in line and unable to control his emotions. Labour looks even more divided.

Only the Tories and other right wingers benefit from it.

Did I mention it originated in the Mail? 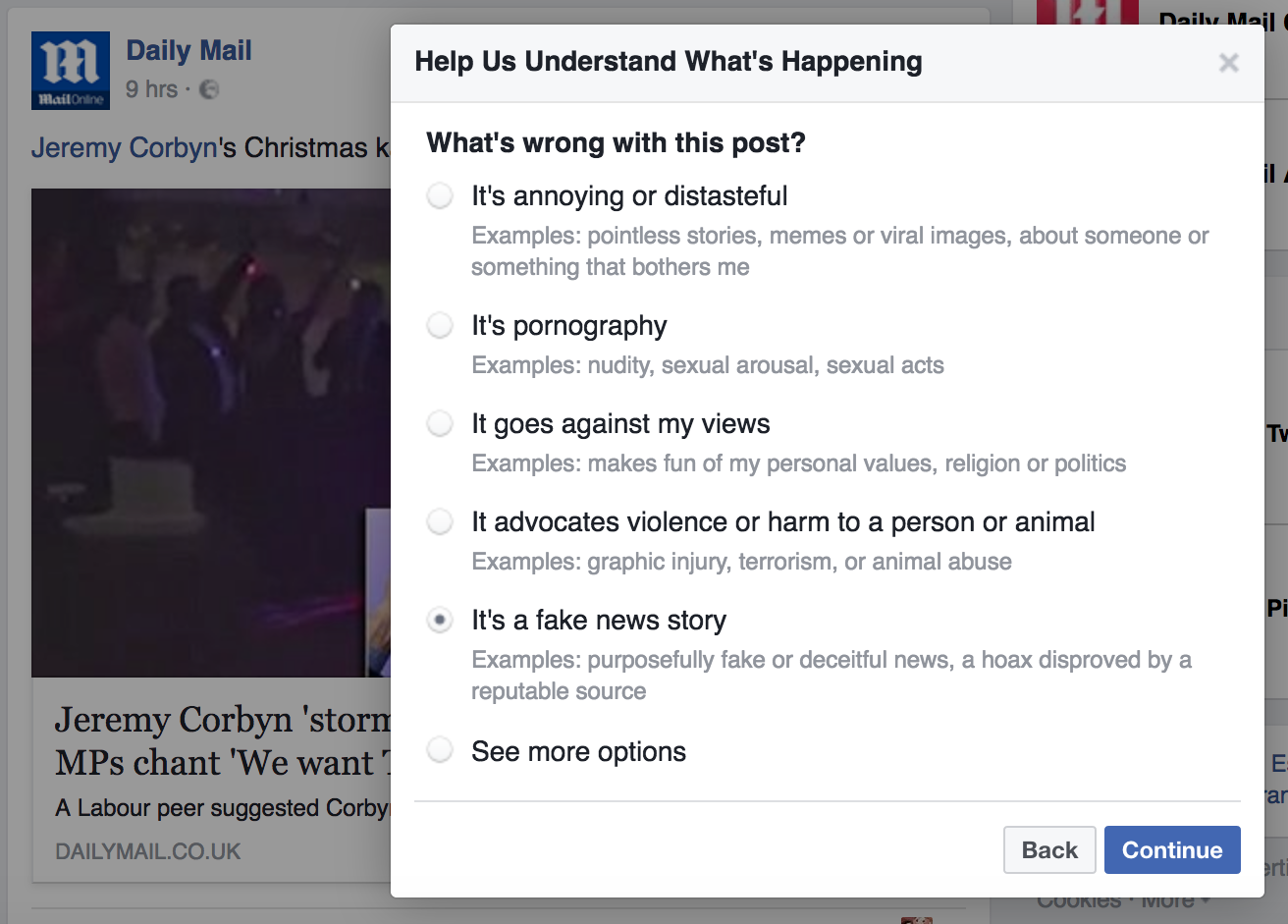