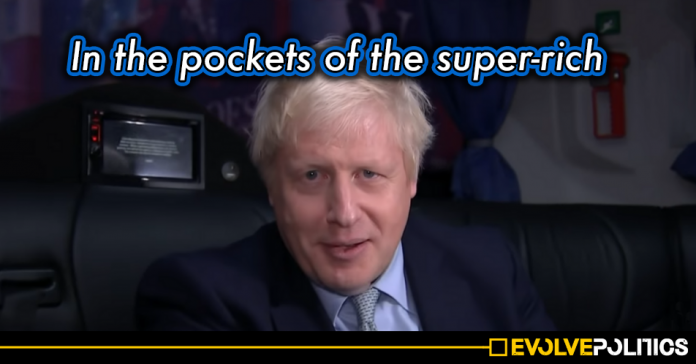 A staggering new report has revealed that one third of all the UK’s billionaires have funneled money from their astonishing personal wealth reserves into the coffers of the Conservative Party – at the same time as the Tories have handed out almost £100bn to the mega-wealthy in tax giveaways.

The analysis, compiled by Labour and entitled ‘In the pockets of the few‘, shows that 48 of the UK’s 151 billionaires – as per the 2019 Sunday Times Rich List – have donated a combined total of more than £50m to the Tories over the past 14 years.

The 48 billionaire Tory donors are reported to have a staggering combined wealth of more than £154,400,000,000 – and 10 of them have donated money to the party since Boris Johnson announced his bid to lead the party in May.

Donors include the merchant banker billionaire Charles Cayzer and his family, who have handed the Tories £479,340, whilst donations to the party from JCB billionaire Anthony Bamford, his family, and his associated companies, have totalled more than £12m.

The Tories have also been bankrolled by the wife of a Saudi Arms dealer to the tune of £1,661,356, and pocketed more than £2m from companies owned by property developer Anthony Gallagher.

You can see a full list of the Tories’ billionaire donors below: 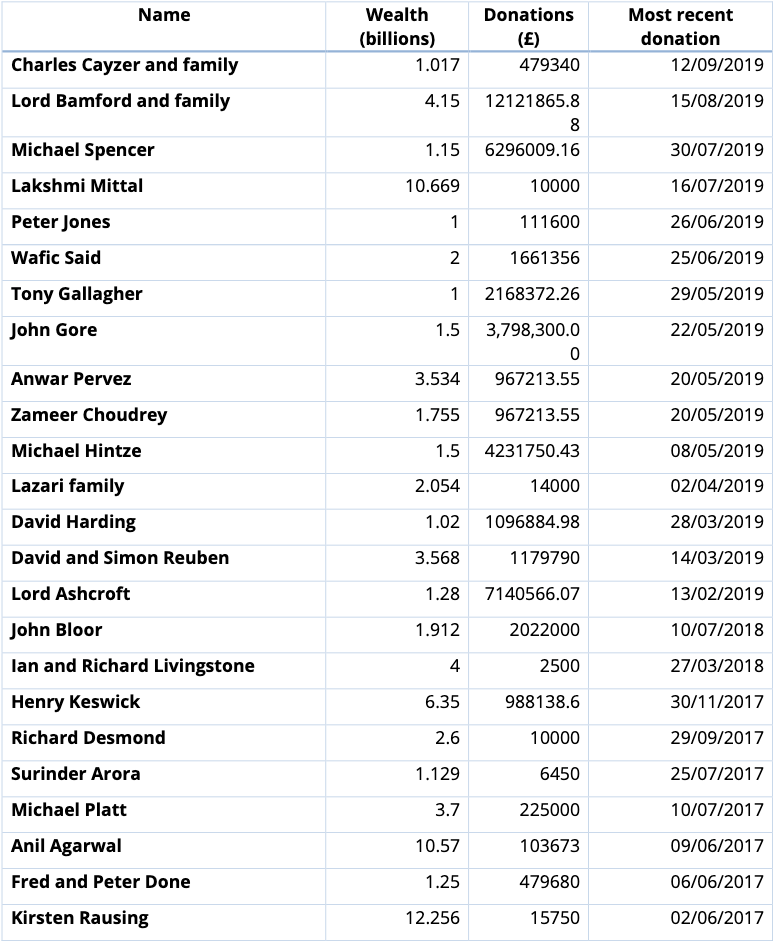 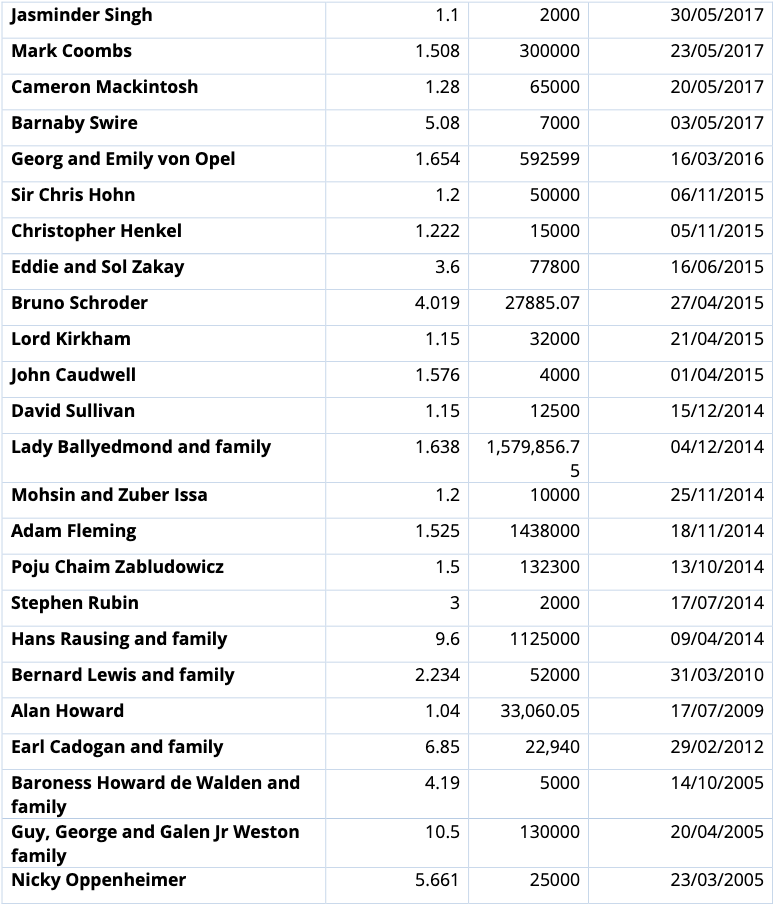 The report also details policies that have conveniently benefited some of the Tories’ super-rich donors, including:

Furthermore, numerous billionaire Tory donors have been handed peerages by the party, and many regularly attend private Tory events alongside high-profile of members of the party.

In addition to exposing the Tories’ cosy relationship with billionaires, the analysis also reveals that Tory tax giveaways to the super-rich and big corporations are expected to hit nearly £100billion by 2023/24.

These tax handouts to the super-rich have been the result of numerous Tory policies, such as cuts to the main rate of corporation tax, cuts to capital gains tax and the additional rate of income tax, and by raising the tax free allowance for inheritance tax.

The report calculates that the Tories’ tax policies have effectively resulted in an £86bn giveaway to corporations, with £5.6bn being handed out to mlllionaire heirs and £1.2bn going to the very highest earners.

Labour’s Shadow Chancellor, John McDonnell, will be responding to the findings at a speech in London tomorrow, where he is expected to say:

“If someone gave you £1 every 10 seconds, it would take you more than 300 years to become a billionaire.”
“Someone on the national minimum wage would have to work 69,000 years to get paid £1 billion and a newly qualified nurse would have to wait 50,000 years.
“No one needs or deserves to have that much money, it is obscene.”
“It is also obscene that these billionaires are buying access and tax breaks to Boris Johnson’s Conservative Party.”
“We know whose side Boris Johnson is on – the billionaires, the bankers and big business.”

You can read the full report here.