A great man once said “There are lies, damned lies and statistics.”

To UKIP election candidate Paul Nuttall (seemingly well-versed on the subject of fabrication), that is what the latest hate crime statistics actually are. According to Nuttall when speaking to the Independent newspaper:

“A lot of that [rise in hate crimes] is fabricated. In fact, we’ve got a paper coming out, specifically focused on London and the hate crime spike. What the police said is there tends to be a rise in these types of crime after any national event and then it tails off. I’m not sure I buy into [the rise in hate crimes].

Unfortunately for Mr. Nuttall, the official statistics rather contradict this statement. Then again, he does seem to have rather an, ahem, innovative idea of accuracy to begin with. His claims to hold a Ph.D and have played professionally for Tranmere Rovers have already been comprehensively debunked.

He also claimed to live in Stoke (although, according to esteemed journalist Michael Crick, the home in question seems unoccupied) and that he has no desire to privatise the NHS despite his previous remarks stating he’d like to see exactly that. More recently, Nuttall was outed as falsely claiming he survived the 1989 Hillsborough disaster. Surviving it, some believe, by not having actually been there in the first place.

His now-former press officer, Lynda Roughley, has obligingly fallen on her sword and offered to resign, Nuttall claiming he had no idea that his website contained quotes from him implying that he himself had survived the disaster. His now-famous meltdown on Liverpool station Radio City Talk can be found here. If his falsehood about Hillsborough seems as tasteless and crass as it could possibly be (and frankly it does) his being caught on a Liverpool radio station seems an entirely just reward.

The worst area for a hate crime rise is Devon and Cornwall, where it has spiked by over 60%. Rises elsewhere are less severe, but this is unlikely to provide any consolation to the increasing victims thereof. Nuttall’s attitude seems to be that the rise in reported hate crimes since Brexit is being used by opponents as a means to smear Brexit (and, by extension, its supporters) as bigots and thugs.

It seems, though, that for bigots and thugs Mr. Nuttall can look a little closer to home. Possibly to his meeting with former English Defence League Stockport organiser Andy Edge. 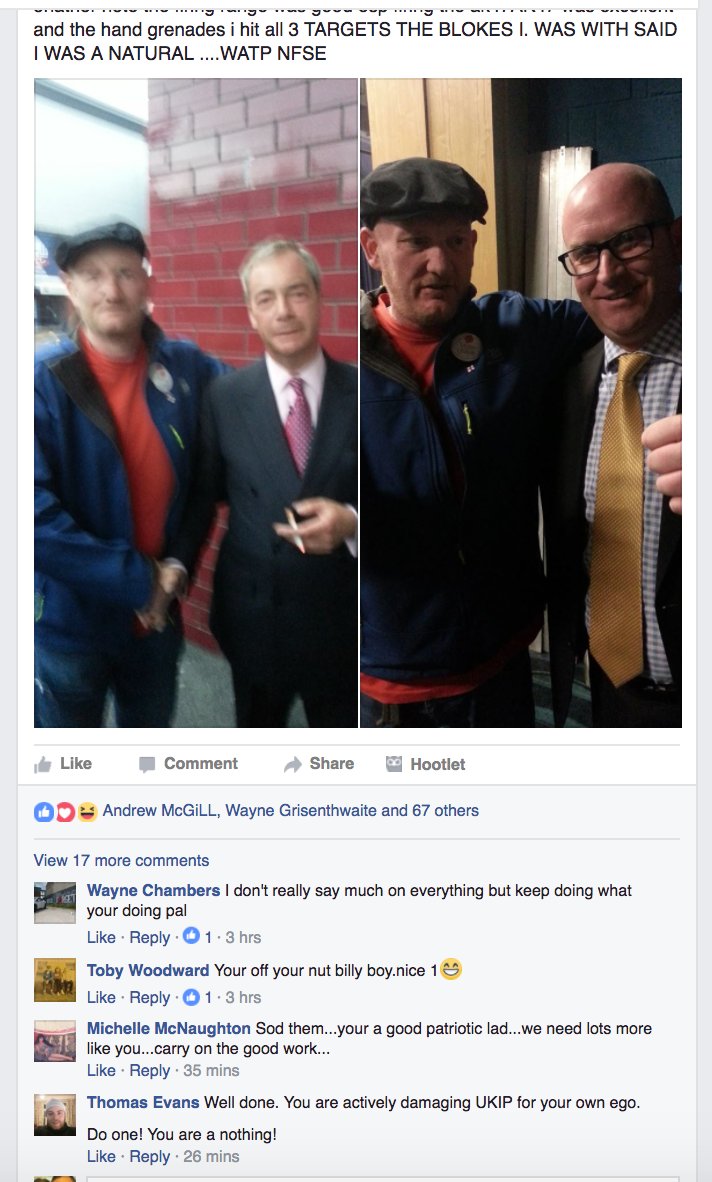 People do tend to judge a man by the company he keeps and whether his word is any good, now don’t they?

Hate crime exists. That’s a fact, a fact supported by official statistics and the testimony of innumerable victims. Victims made to suffer on grounds of race, religion, nationality, sexuality, gender or being sick and disabled. Not only did the powers-that-be see fit to incorporate hate crime into criminal law, there are extra penalties for those convicted thereof. Seemingly, Mr. Nuttall is as oblivious to this as he was to false and misleading statements on his website.

Which does raise a question. Is Paul Nuttall fit to hold public office? Is his word good enough? Would his acquaintance with far-right extremists like Andy Edge make him the best choice to serve the electorate of Stoke, including anyone who isn’t white and indigenous? Can he be trusted to work in everybody’s best interest? The electors of Stoke will decide that.

It’s to be hoped that they will choose wisely.