Petition To The Labour Party: Keir Starmer must release his FULL list of donors immediately 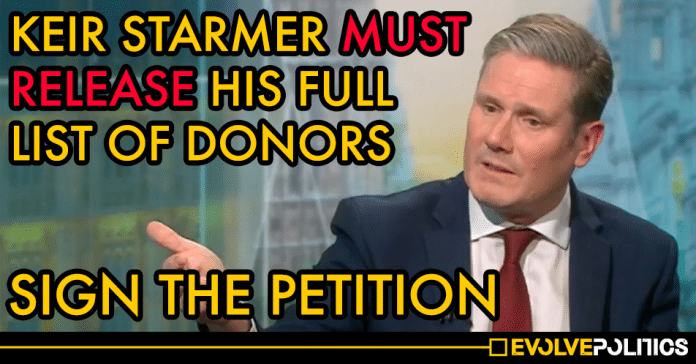