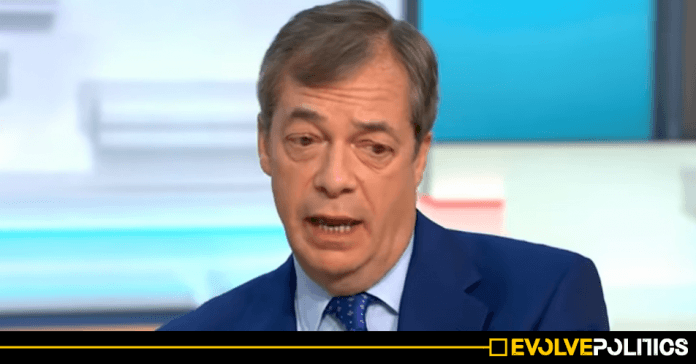 A police inquiry into allegations of voter fraud during the Peterborough by-election in June has been closed after finding absolutely no evidence that any offences were committed whatsoever.

Numerous right-wingers, including Nigel Farage, had raised concerns about possible irregularities after The Brexit Party narrowly lost to Labour in the South East constituency.

“I think there is something inherently wrong with the entire postal voting process in this country.”

“I think it’s open to corruption, bribery intimidation, abuse. We’ve seen so many cases now where again and again we find – particularly in the inner cities – postal voting is producing the wrong results.”

The Brexit Party even attempted to claim that Labour had employed a convicted vote rigger, Tariq Mahmood, during the campaign, with their Chairman, Richard Tice, stating:

“How much did Lisa Forbes, the elected MP, know that she had a convicted electoral fraudster in her team who would count as an agent?”

However, this claim was quickly debunked, with Labour confirming that Mahmood “was not involved in the running of Labour’s campaign in any way“.

Whilst a Sunday Times investigation attempted to disprove Labour’s account, they only found that Mahmood had simply campaigned in favour of Ms Forbes – not that he had been in any way involved in running it.

Yet, the conspiracy theories didn’t stop there, with Rod Liddle penning an entirely evidence-free article suggesting that the recent Peterborough by-election might have to be re-run due to voter fraud.

“My suspicion is that quite a few of those who voted by post in Peterborough, with help from community leaders, may have been people who do not speak English and may well have thought they were ticking a box to choose their favourite vegetable side dish — tarka dal, brinjal bhaji or Bombay aloo.”

“I suppose this last comment will be considered a racist aside.”

Following the furore, police opened investigations into five separate allegations of voter fraud – of suspected bribery, postal vote issues, burning of ballots and breaching the privacy of the vote.

However after finalising their six-week investigation, police found all five allegations were completely unfounded and that no criminal activity had occurred.

Nigel Farage and The Brexit Party are yet to respond to the findings.