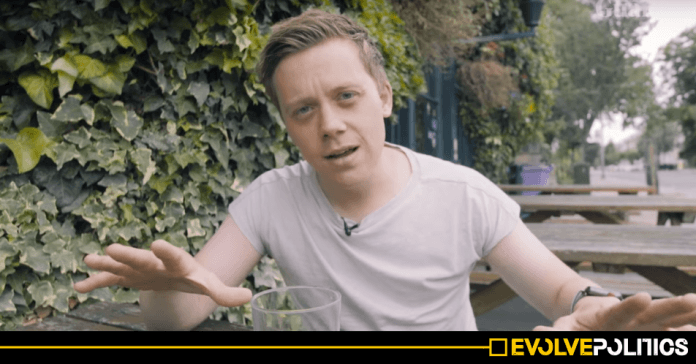 Police in Islington have opened an investigation after the Guardian journalist and left-wing commentator Owen Jones was attacked in what he has described as a “blatant pre-meditated assault‘ whilst celebrating his birthday in the early hours of the morning.

“This is a bit dramatic, so firstly I’m fine, but last night – when I was celebrating my birthday – I was attacked, along with my friends, in a blatant premeditated assault.”

“Six of us left the pub at 3am and were saying our goodbyes 30 metres away, then a group of 3-4 men left the pub, made a beeline for me, kicked me in the back, threw me on the ground, slamming my head, and kicked me in the skull. My friends were punched trying to defend me.”

“The group then scarpered: I don’t know if they said anything in the melee. I’m fine other than a big bump on my head and a cut back.”

Jones also went on to strongly imply that he believed the attack was carried out by far-right thugs, stating:

“Given the far right attacks I’ve had in the streets, and generally escalating far right threats I’ve had, I’m in no doubt as to what this is.”

The Guardian journalist then went on to describe an earlier incident that had influenced his view, writing:

“Earlier this year a far right activist took pictures of me in a pub with these threatening messages, for example. The far right menace is growing, it’s real, it’s violent, and it’s targeting minorities and leftists. We can’t let them intimidate us, and we will defeat them.”

Earlier this year a far right activist took pictures of me in a pub with these threatening messages, for example.

The far right menace is growing, it’s real, it’s violent, and it’s targeting minorities and leftists. We can’t let them intimidate us, and we will defeat them. ✌️ pic.twitter.com/gallCYL6Mj

Islington Police confirmed that last night’s assault had been reported to them and that they had opened an investigation:

“Police in Islington are investigating after a man in his 30s reported being assaulted outside a pub in Pentonville Road, N1.

“He was attacked by up to four males who also assaulted his friends when they attempted to intervene.”

“None of those injured required hospital treatment. “

“Enquiries into the full circumstances continue”

Nobody has so far been arrested in connection with the attack.