Home UK News Conservative Party News Pro-Corbyn Group Momentum will have more members than the Tories before the... 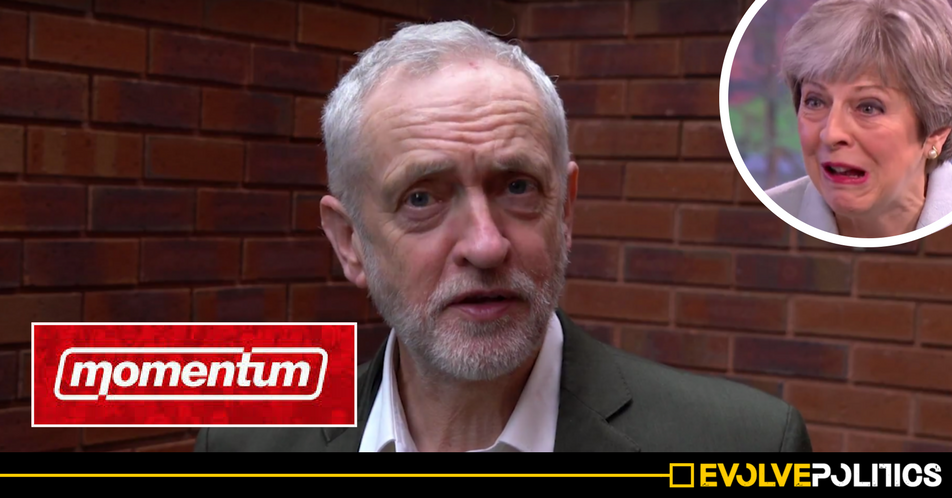 In news that will come as yet another huge concern for the Conservative government, pro-Corbyn activist group Momentum’s total membership looks set to overtake the entire membership of the Conservative Party before the next election, staggering new figures released by the group yesterday reveal.

Momentum – who were set up in the wake of Jeremy Corbyn’s successful Labour leadership campaign in 2015 – released figures that showed their membership had soared to over 40,000 – meaning the pro-Corbyn group now have more members then the entire Green Party, who have around 39,000.

The figures released by Momentum revealed that their membership is growing by an average of more than 1,700 new members a month, with over 6000 new members joining in the past three months alone.

Furthermore, Momentum said that if current trends continued, their total membership would surpass the entire membership of the ruling Conservative Party by the time of the next election in 2022.

Membership of the Conservative Party is thought to have plummeted in recent years, with figures now estimated to be well below 100,000.

The Conservative Party have refused to release up to date numbers since 2013, but Tory Activist John Strafford, the Chairman of the Campaign for Conservative Democracy, revealed in an interview last year that the party was “facing oblivion” due to their plummeting membership numbers, stating that:

“The party is facing oblivion. If you take the fact only 10 per cent of the membership is likely to be very active they will not have enough people on the ground to fight an election – they won’t even have enough people to man polling stations on the day.“

“I began to realise that, far from being a lunatic, John was quite sane…and it was perhaps us who closed our ears to what he was saying who were the crazy ones. For many years, he rightly predicted that a lack of democracy would lead to a loss of membership. He was right.“

And, even more worryingly for the Tories, based on their latest published accounts for 2016, Tory membership could easily be as far lower than 70,000 today.

The Tories charge £25 for standard membership, £5 for Under-23s, and £15 for Armed Forces members. If we take rough estimates of how many people are likely to pay these discounts, we can estimate that the average Tory membership fee being paid is around £20 a year per member.

On the basis of a rough £20 a year average membership fee, the Tories would have had 72,950 members in 2016. And with predictions of a mass Tory member exodus, this figure is almost certainly likely to have dropped substantially.

And, on current trends, Momentum’s skyrocketing membership numbers could easily surpass the Tories before the next election – figures which would mean another huge boost for the Labour party in terms of yet more on-the-ground activists campaigning for the party during elections.

“With over 6,000 people joining our movement in the last three months alone, it’s clear the drive to get a socialist Labour Party elected and transform the country from the bottom up isn’t waning since the General Election last year.

Our focus now is on mobilising our 40,000 members to canvass for Labour in the council elections in May and developing the digital tools needed to facilitate mass-scale campaigning”

With Labour membership also soaring, and with a massively organised activist group on the ground overseeing campaigning in Momentum, the Tories have more reasons than ever to be worried about their future.

Labour’s new people-powered movement is engaging ordinary people up and down the country, and the key to their success has been putting the views and concerns of ordinary people at the heart of their work.

The Tories, in contrast, lack democracy and accountability as a party, and have essentially remained a top-down dictatorship in terms of policy creation for their entire existence – meaning that ordinary members do not feel valued in their opinions or concerns, and, consequently, this lack of connection has quite clearly led to the increasing decline in Tory membership.