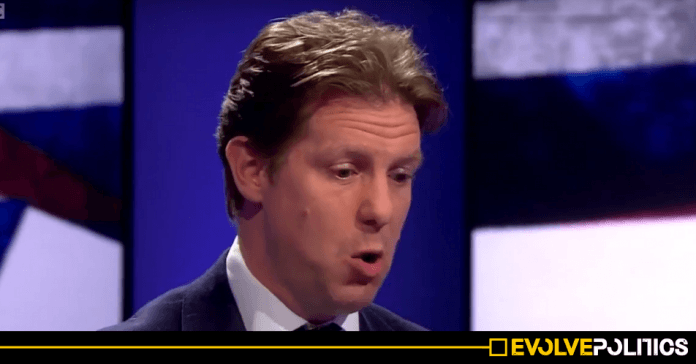 The controversial right-wing pro-Tory magazine, The Spectator, has defended its ongoing employment of a rabidly racist, openly antisemitic columnist by pointing to the fact that their sales have drastically improved since he began spouting his discriminatory bile for them.

Writing on Twitter, The Spectator’s Editor, Fraser Nelson, posted a graph showing that sales of the magazine have significantly shot up since 1977.

Attached to the graph was a tag referring to the fact that they first began employing the highly controversial, rabidly racist and antisemitic writer, Panagiotis “Taki” Theodoracopulos in the same year.

The graph shows that since taking the racist writer on board, The Spectator’s sales have increased around seven-fold, jumping from 10,000 to over 70,000 in this period:

Taki has an astounding track record of overt racism – with Evolve previously reporting:

“Amongst Theodoracopulos’ absolute litany of antisemitism includes the time he reportedly “uttered the notorious blood libel on the Jewish people”.

Furthermore, on Taki’s online magazine, you can read a disgustingly antisemitic article entitled “The Men Who Taste Jews In Their Sandwiches” which states that “[the Jews] find it fashionable to hide behind a shield of historic persecution to further their group interests and seemingly insatiable hunger for power”.

However, the Guardian writer did then go on to finish the sentence by claiming that Taki also “believes Jews control the world“ ”

Unsurprisingly, The Spectator’s boast that their sales have drastically improved as a result of employing a massive racist didn’t go down particularly well:

Turns out racists are popular. You must be proud

So it looks like racism actually is profitable, then?

If correlation equates to causation in this case, will you be hiring even more racist commentators?