The Media Reform Coalition are considering legal action against the BBC due to the “clear and consistent bias” shown against Jeremy Corbyn in their news coverage – and have even gone as far to say that he was “systematically undermined” by the British press.

It appears that the BBC are undermining their own charter and operating agreement, which states that impartiality is imperative even when discussing the most controversial subjects.

After publishing a study in July outlining the blatant bias against Corbyn shown by the mainstream media during the first stage of the Labour coup, the findings were presented to the BBC but have been kicked into the long grass by officials. The study, which was conclusive and damning, showed that during coup against Corbyn, the BBC gave double the airtime to critics of the Labour leader than they did to his supporters.

The study also found that issue frames on the BBC’s News at Six were consistently critical of the Labour leader. Additionally, there was a “strong tendency” within the BBC’s broadcasts for reporters to use baseless, disparaging remarks when describing Corbyn and his supporters. However, what is even more damning is that words that insinuate aggression and violence were only used to describe Corbyn as opposed to the Labour rebels who have been verbally attacking him for months on end.

Although the BBC have responded saying that they are confident their coverage of the Labour coup was impartial, Corbyn’s former head of media, Kevin Slocombe, told Business Insider that the BBC was “not as fair” as the likes of ITV, Sky News or Channel 4, and that they had ‘several high-level meetings’ at the BBC where this issue was raised time and time again.

Similarly, the chair of the Media Reform Coalition, Justin Schlosberg, has been astounded by the BBC’s “wholly inadequate” response to what is a damning study that offers clear evidence of media bias.

We are looking at taking it to Ofcom and potentially even the courts. The BBC has to be held to account

The BBC’s impartiality commitment is a legal commitment and so, I don’t know, it’s in the very embryonic stages of discussion. We will do whatever we can to make sure this issue is properly addressed by the BBC.

This is not the first time the BBC has been accused of an anti-Corbyn bias. As he was about to be crowned as leader of the Labour Party in September 2015, the BBC’s Panorama episode entitled ‘Jeremy Corbyn: Labour’s Earthquake’ was deemed a “complete hatchet job” by the Corbyn campaign. It provoked so much outrage that the BBC actually refused to reveal the number of complaints it had received about the episode, but it is rumoured to be in the tens of thousands.

Moreover, it was EvolvePolitics that revealed that the BBC’s political editor Laura Kuenssberg co-ordinated the live resignation of Stephen Doughty MP on the Daily Politics hours before the show even began. But it is not only Corbyn supporters who feel the BBC are overstepping the line. Former political editor Nick Robinson actually wrote to colleagues with concerns about the bias the broadcaster was showing towards the Labour leader.

It appears that they have not taken notice of Robinson’s warnings – and they could be heading to court for their inaccuracies.

You can access the full study undertaken by the Media Reform Coalition here. 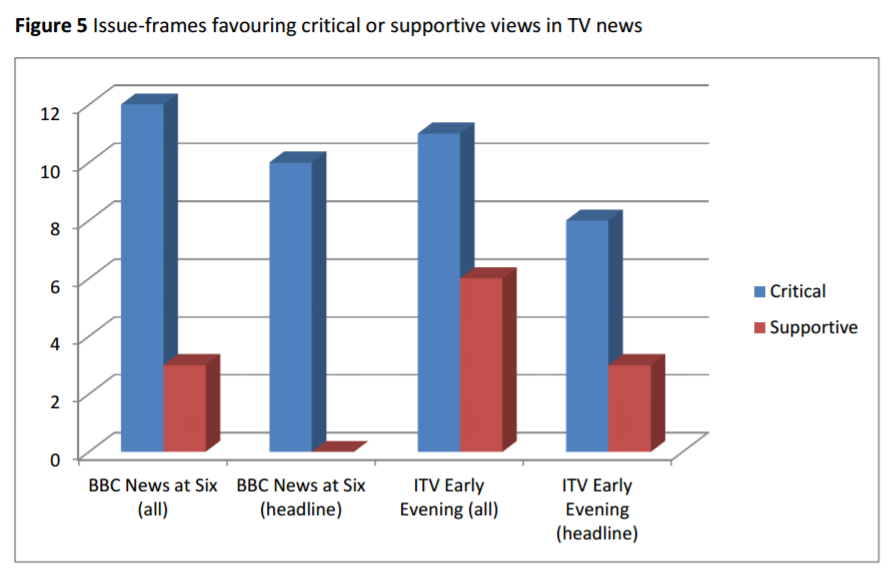