After a tumultuous day of U-turns and PR disasters in Parliament yesterday, Theresa May probably thought things couldn’t get much worse.

However, one of her Tory MPs has just gone and said something on social media that a huge section of Britain will find highly offensive.

This is why i (sic) hate social media. It gives a voice to people who dont (sic) deserve one.

Yes, you read that right. A Conservative MP doesn’t think ordinary people deserve to have a voice.

Probably because he’s finding all these questions about how incredibly incompetent his party is slightly hard to answer. 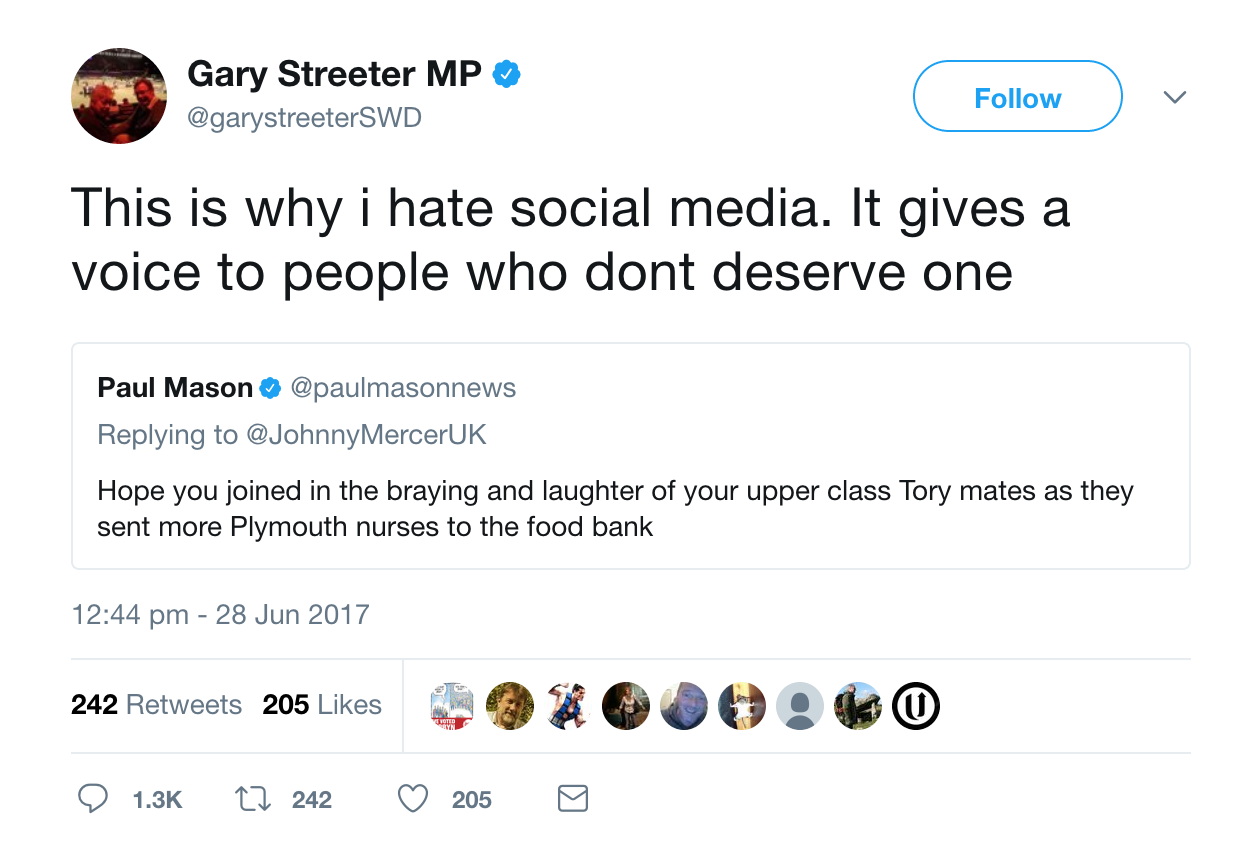 In a further display of how little this particular Tory MP understands about the real world, he promptly proceeded to retweet one of the numerous responses to his elitist outburst – a response which just so happened to be a GIF of a pink penis running through a forest. 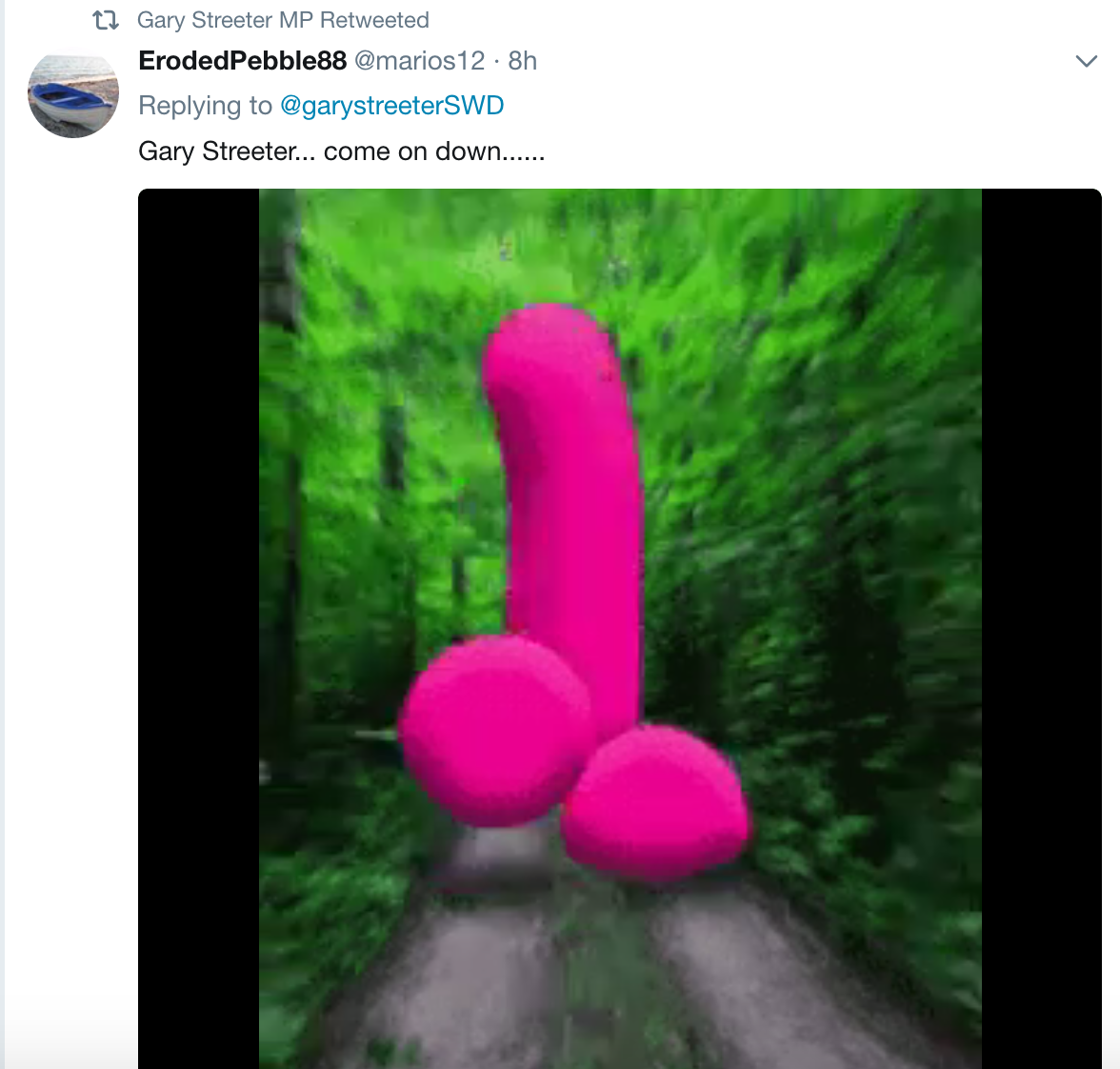 One can only imagine the thought process that an elected representative must go through when deciding that retweeting a set of galloping gonads is a good idea.

EvolvePolitics have contacted Mr Streeter for comment, but we can only assume that his head is still firmly inserted up his own posterior, because we are still yet to receive a response.