The Donald Trump supporting toilet paper tabloid, The National Enquirer, has run an unsubstantiated scoop that is allegedly based on the testimony of a man who described himself as a “hit-man and fixer” for none other than Hillary Clinton.

The nine page expose details how Clinton is “evil” “sex-crazed” and a “ruthlessly power hungry super-villain.” Which one of the Clintons? I hear you ask…. Ordinarily you could take your pick, but in this instance it’s Hillary.

This “Confessions of a Clinton bag-man” gives details of Hillary’s plot to silence Bill’s victims, plans to kill Monica Lewinsky, sordid details of her numerous lovers, and evidence of Bill being a “cocaine-addled deviant.” He claims that he is coming forward and breaking his silence due to the endless alleged indiscretions (sexual assaults) of Donald Trump. He says that: “nothing comes close to the sexual and moral corruptions of the Clinton’s.”

I can tell you are wondering where this is this going. Well, another pro-Trump news outlet, The American News, then picked up on the story but went one step further with their article titled: “Hillary Clinton’s hit-man reveals dark secret that she thought he’d take to the grave.” They actually published a photograph of the nefarious figure that they believe to be Clinton’s bag-man.

Who could it be? Is it someone we know? Well, yes actually, the man that the US alt-right fedora-wearing neck-beards and box-room lurking weirdos believe to be Hillary Clinton’s bag-man is none other than Ed Miliband. 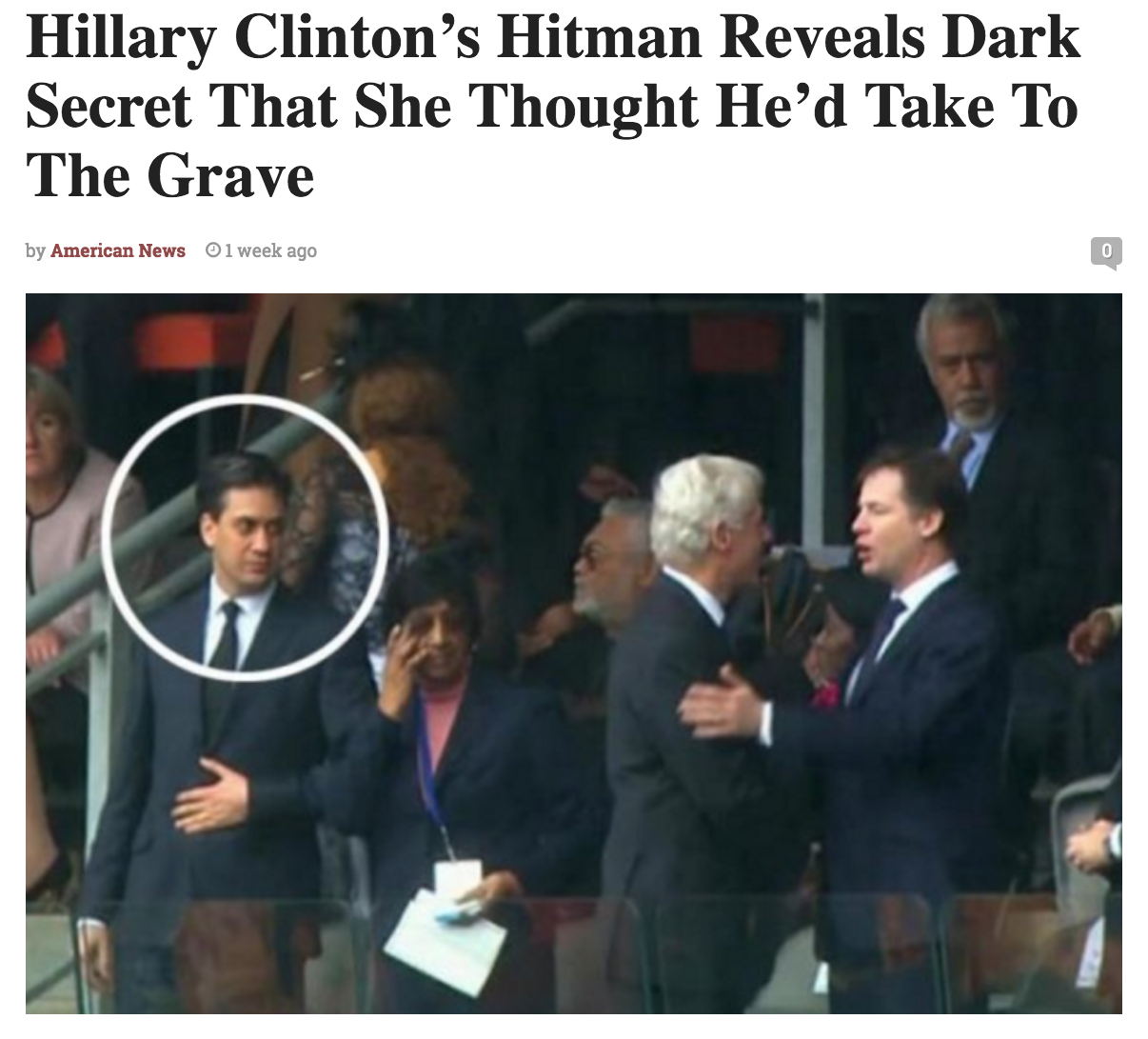 Or a one-off donation to Evolve Politics