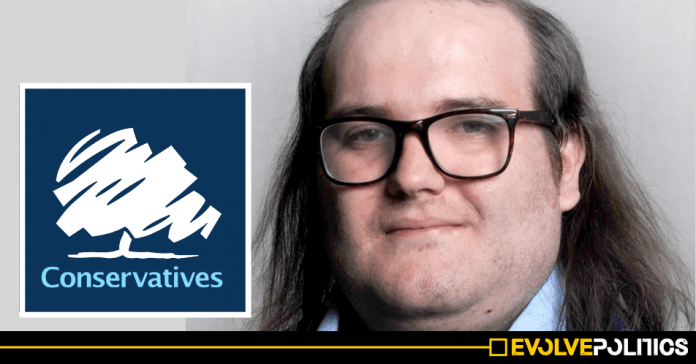 A Tory Councillor who was previously forced to apologise after calling people on benefits “pond life” who should be “sterilised” has resigned from the Conservative Party after it emerged that he had been charged with 9 counts of child sex offences.

Councillor David Smith, who represents Middlesbrough Council in the Coulby Newham district, has been charged with 9 counts of sexual touching of a child.

Smith, who has denied all the allegations, will appear before Teeside Magistrates Court on August 9th in connection with the alleged offences.

The North East Tory Councillor previously hit the headlines after it emerged that he had labelled people on benefits “pond life” who should be “sterilised“.

Smith’s comments, written on an internet forum 2014, stated that:

“The heinous benefit system which has lead [sic] to rotten pond life families that should be sterilised and washed.”

In his anti-welfare rant, Smith also went on to claim that:

“There are so many genuine cases. But there is a large portion who are claimants that take the absolute Pi$$.

“Yet they continue to breed. Rabbits the lot of them.”

Despite no action being taken by his party over his 2014 comments, Smith has chosen to resign from the party over the latest allegations.

In a statement, Smith indicated that whilst he had resigned from the Conservative Party over the child sex allegations, he intended to stay on as an independent Councillor, stating:

“I am writing to inform you I am resigning from the Conservative Party and the Middlesbrough Council Conservative group with immediate effect in light of the allegations that have been made against me.”

“I completely reject these spurious allegations and removing myself from the party will ensure I can focus all my efforts on fighting to clear my name.”

“I have worked hard to ensure I serve the people of Coulby Newham to the best of my ability.”

“From tackling the issue of pot holes, ordering bollards to be installed to ensure the public stop parking on a resident’s property, highlighting the ever increasing issue of drug use and being a very proud advocate of the local LGBTQ community.”

“This is who I am as a person and a community activist.”

“The allegations made against my character are nothing more than damaging lies and moving forward, I will seek to prove this is the case in a court of law.”

Whilst a spokesperson for Cleveland Police stated:

“30-year-old David Smith has been charged with nine counts of sexual activity with a child. He is due to appear at Teesside Magistrates’ Court on Wednesday 7 August.”

Smith has been a Councillor for just over two months after being elected in May 2019, saying at the time that his election had been a “particular highlight in my life“.