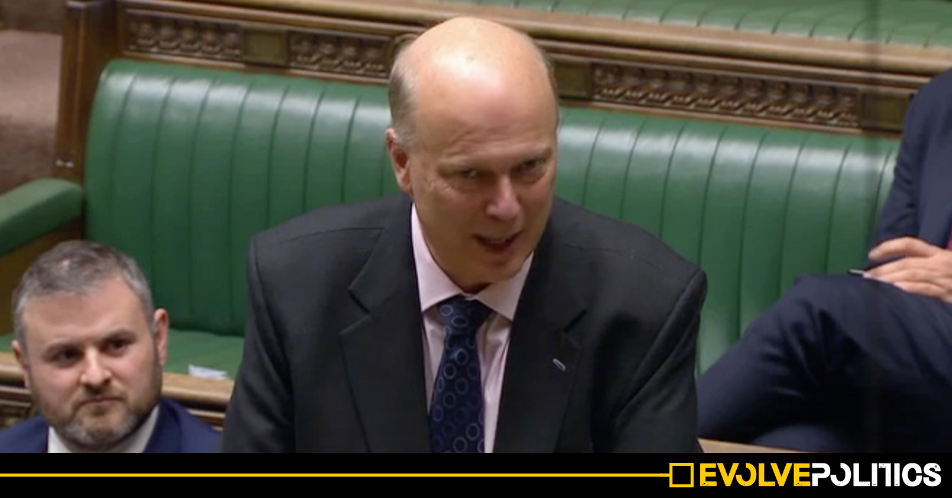 The Conservative Transport Secretary, Chris Grayling – more commonly known as ‘Failing Grayling’ for his extraordinary ability to completely cock everything up – is facing calls to resign or be sacked after being exposed as a brazen liar over false claims that his department had not wasted taxpayer’s money on the infamous Brexit contract awarded to a ferry company without any ferries.

Yesterday in Parliament, Grayling faced a grilling from MPs after the government was finally forced to pull the plug on a much-maligned £13.8m contract awarded to the completely ill-prepared ferry company, Seaborne Freight.

The multi-million pound contract was awarded to the startup company in the hope that they could provide extra freight capacity across the English Channel in the event of a no deal Brexit.

However, soon after the contract was made public, the Department for Transport came in for extreme criticism after it was revealed that the company did not own any ferries, had no track record in the industry, and had literally copied their Terms and Conditions from a takeaway delivery firm.

Responding to an urgent question on the debacle in Parliament yesterday, Grayling claimed that no taxpayer’s money had been wasted on the fiasco, directly stating that “we have spent no money on this contract“.

However, a report by the National Audit Office from earlier this month directly contradicts Grayling’s claim, stating that his department had in fact “spent approximately £800,000 on its external consultants: Slaughter & May; Deloitte; and Mott MacDonald” in the procurement process.

Not only did the government spend a significant amount of taxpayer’s money on reviewing the now failed contract, the report also states that the consultancy firm, Mott MacDonald, had identified “significant execution risks” in the bid from Seaborne Freight.

Furthermore, Deloitte claimed they could not complete the review of the firm because of “a lack of existing financial information due to [Seaborne Freight] only being incorporated in April 2017“.

During yesterday’s urgent question, the Shadow Transport Secretary, Andy McDonald, described Grayling’s handling of the situation as “off the Richter scale of incompetence“, and an assortment of MPs also demanded the Tory Transport Minister resign over the farce.

Grayling has become synonymous with failure during his time as a government Minister, racking up an unrivalled back catalogue of ridiculous cock ups.

And now, following the revelation that he has clearly misled Parliament – an offence which, in ordinary times, would result in the instant dismissal of a government Minister – the calls for him to finally get the boot will surely only intensify.