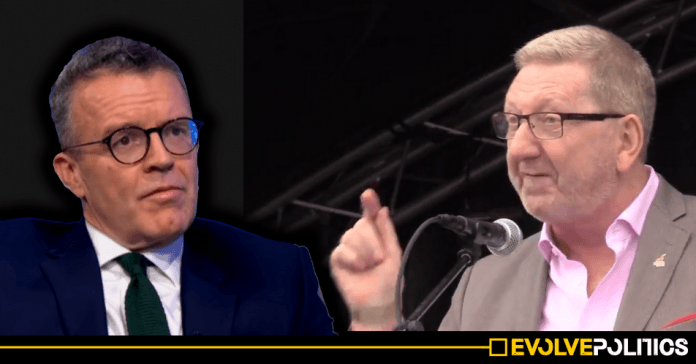 The General Secretary of the country’s biggest union Unite, Len McCluskey – an ardent supporter of Jeremy Corbyn – has launched a blistering attack on Labour’s Deputy leader, Tom Watson, telling him that he should “be f**king well ashamed” of himself.

The Unite boss was speaking as part of the annual Durham Miners’ Gala today, and his blunt message to Watson was received by rapturous applause.

Speaking in front of thousands of people at the event, McCluskey said:

“And whilst I’m talking about right-wing criticis, it would be remiss of me not to mention the disgraceful attacks levelled at our General Secretary, Jennie Formby.”

“Wrong in normal circumstances, but when Jennie is fighting cancer, they are despicable.”

“You should f**king well be ashamed of yourself!”

You can watch McCluskey’s blistering attack below: