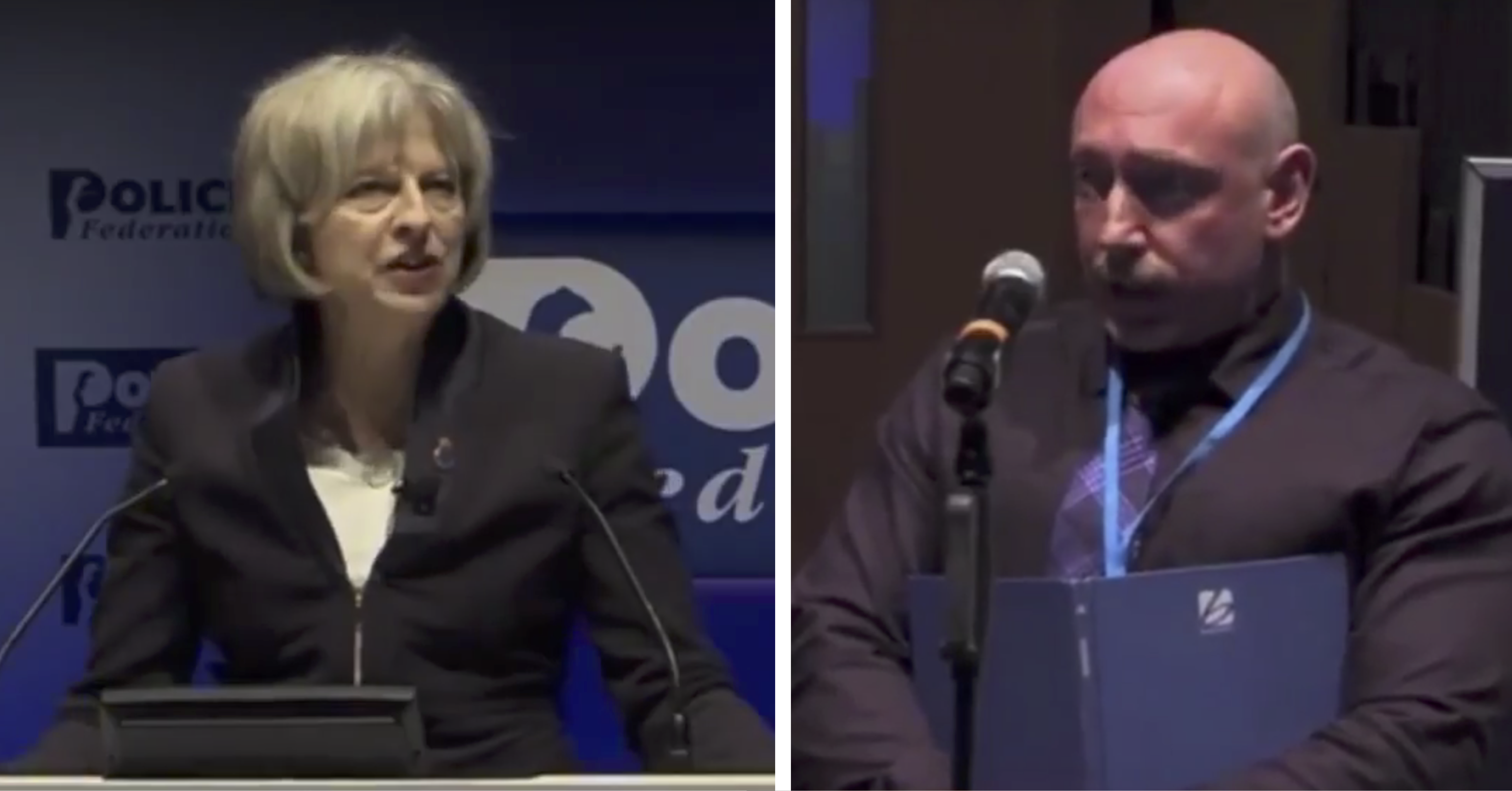 With the the horrific atrocity in Manchester still fresh in our memories, it’s natural for people to ask why it wasn’t prevented. Where were the authorities? Why were they unable to stop this happening?

One answer is cuts in policing. While Theresa May was Home Secretary, budgets for policing were slashed. Staffing levels were cut. In short, the police were expected to do all the things they did before with less money and fewer people on the ground.

Damien O’Reilly was a veteran officer, presented with the Community Police Officer of the Year award in 2010 by none other than Theresa May. His comments on current policing cuts are an indictment of Theresa May’s very own policy of cuts:

In 2012 I had to leave. I couldn’t take it any more because the changes that have been imposed have caused community policing to collapse.

Intelligence has dried up. There aren’t local officers. They don’t know what’s happening.

We run the risk of letting communities down, putting officers at risk and ultimately risking national security.

Watch Damian O’Reilly’s stark warning to the the then Home Secretary Theresa May here:

O’Reilly made these remarks to May directly. Last week Nick Smart was equally trenchant;

The fixation on running crime down ignores the fact that demand has exploded.

Referring to an event he covered recently, Smart painted a grim picture;

Within 30 minutes of turning up my response Inspector is breaking down in front of me, going off sick with stress because of the hundreds of outstanding calls. I walk into Custody and it looks more like an A&E ward with all the stuff on the mental health issues with staff. I’ve got staff down at the hospital looking after suicidal individuals who get released with a checklist saying they highly suicidal.

That is the reality of policing day in, day out. Not just in West Yorkshire, West Mids, the Met, wherever. There are not enough cops to deal with the demand.

He ended by asking an extremely straightforward question:

Will you give us more money, more cops?

The Federation warned that spending reductions mean that we’ll be forced to adopt a paramilitary style of policing in Britain. Today, you said that neighbourhood police officers are an endangered species. I have to tell you that this kind of scaremongering does nobody any good.

May has been warned repeatedly that policing cuts will lead to an increased risk of terrorism. She has been repeatedly warned by front-line officers in first-hand positions to see the true effects HER cuts are having. Police forces were struggling to meet demand only to be expected to do even more with even less now.