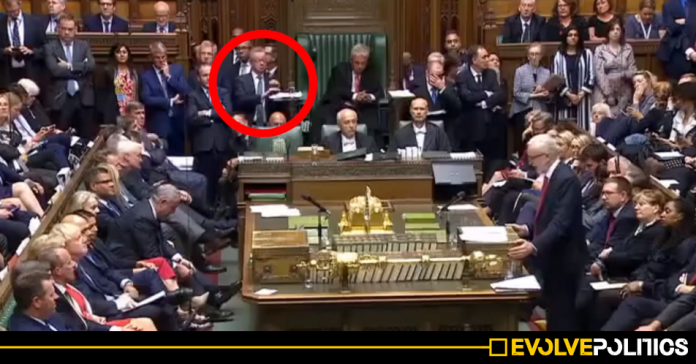 The Conservative Party Minister, Michael Gove, has been accused of being ‘blind drunk’ or ‘off his face on drugs’ after he was caught on camera repeatedly swaying and stumbling next to the Speaker’s chair during last night’s crucial debate in the House of Commons.

Gove’s bizarre and visibly unstable behaviour was highlighted by numerous Twitter users who accused the Tory Minister of either being “drunk” or “on drugs”.

“I’ve worked in a lot of bars, and I recognise that floppy wobble. He’s about three glasses past refusal of service, by the look of him.“

Whilst another Twitter user questioned whether Gove had been on the “Peruvian marching powder” – a well-known phrase to describe the class A drug, cocaine.

You can watch the clip of Gove’s bizarre wobbly behaviour below:

Is Gove drunk / on drugs in this clip (stood just next to the speaker’s chair)? He doesn’t look like he can stand upright. https://t.co/kFcMEnuG3u

Gove was later pictured slumped and propping himself up on the side of the Speaker’s chair.

Numerous Twitter users responded to Gove’s behaviour by calling for Parliament’s subsidised bar to be closed down and for MPs to be forced to undergo random drug tests.