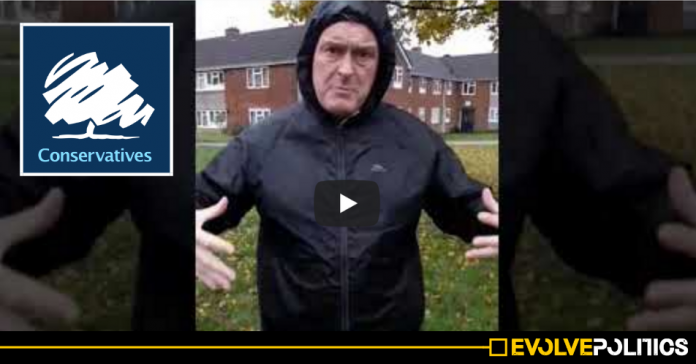 A candidate standing for the Conservative Party in Nottinghamshire has been slammed on social media after suggesting that ‘nuisance tenants‘ should be put “in a tent in the middle of a field” and forced to have cold showers and pick potatoes.

Lee Anderson, the Tory General Election candidate for Ashfield in Nottinghamshire, made the comments in a “Weekly Rant” video posted to his official Conservative Party Candidate Facebook page.

Anderson posted the video below a caption that stated:

I have been banging on for years at ADC [Ashfield District Council] to stop housing nuisance tenants. I have returned to Carsic today. I think I have a solution that will.

2. Free up much needed housing for decent people.”

In the footage, Anderson claims that his solution to problem-tenants would be:

“My plan would be – and again this is just my own personal opinion – that these people who have to live somewhere: let’s have them in a tent in the middle of a field, 6 o’clock every morning, let’s have them up, picking potatoes or any current seasonal vegetables, back in the tent, cold shower, lights out, 6 o’clock it’s the same the next day.

That would be my solution.”

Anderson begins his rant by repeatedly claiming that his comments are his own personal opinion and nobody elses.

However, numerous comments on the video have accused Anderson of promoting ‘slave labour’ camps.

You can watch Anderson’s astonishing rant below: