The BBC’s Reality Check series – a series purporting to impartially fact-check and debunk claims made by politicians and others in the media — has kicked off the general election in the authentic non-partisan manner we’ve come to expect from the BBC of late. The Beeb have attempted to discredit Labour’s economic credibility using evidence sought only from right-wing neoliberal think tanks headed by ex-Tory cabinet ministers, whilst completely disregarding contrary evidence from truly independent institutions.

One of their recent articles dismissed the Shadow Chancellor John McDonnell’s “claim” that the tax burden has been shifted away from the rich and onto everybody else by using a mishmash of “evidence’ from supposedly independent and non-political think-tanks such as the Institute for Fiscal Studies (IFS) as well as obviously partisan predictions from the Tory government.

The IFS is essentially a neoliberal institution — one which receives donations from a wide range of huge corporations — and is headed by a former Tory cabinet member — yet, the BBC consistently uses information from the IFS as if it is a genuinely independent and impartial organisation — despite the fact that it is clearly biased in the direction of their corporate masters. In the process of doing so, they also fail to look at more independent sources which clearly back up McDonnell’s claim.

The situation perfectly illustrates the institutional right-wing neoliberal bias at the heart of the BBC’s political coverage.

Shortly after Prime Minister Theresa May’s surprise declaration that there will be a snap general election in 6 weeks time —  the BBC’s Reality Check series published this article.

Seeking to “analyze” this claim by McDonnell — a claim which will, no doubt, form the core of Labour’s upcoming election strategy. 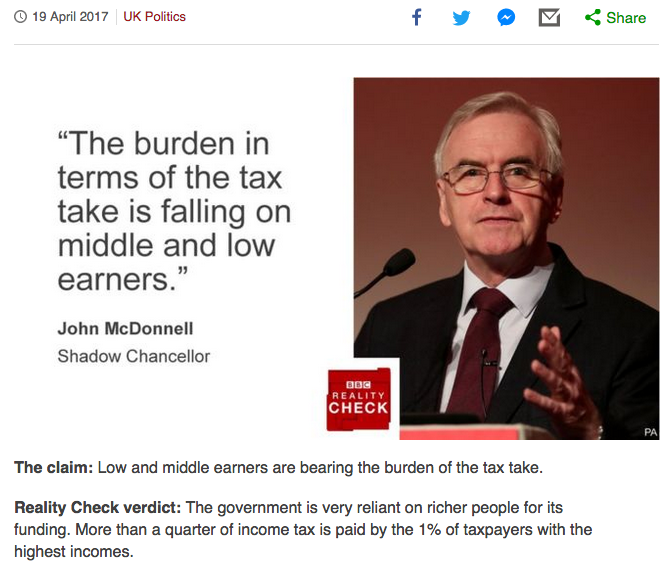 The Beeb’s verdict? McDonnell must be lying….

They justify their verdict by using various sources and scraps from “independent” and “non-political” think tanks such as the IFS. 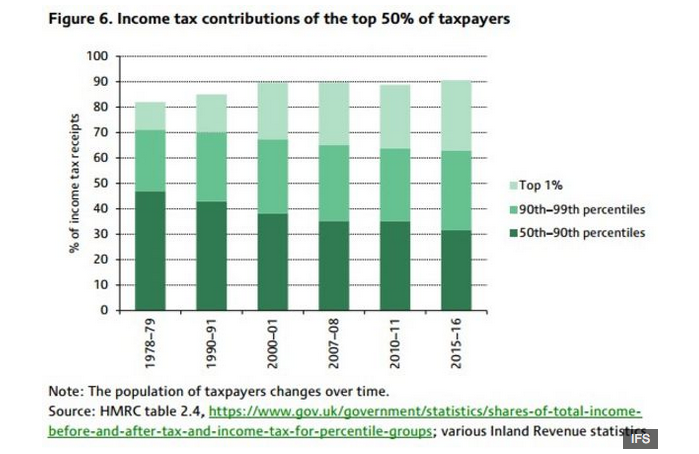 So according to the IFS, and the BBC — McDonnell is just making stuff up.

However, according to the Equality Trust (an independent charity that specializes in income inequality) the story is very different. In one of their recent reports: UK Taxation — Unfair and Unclear, they found that:

They explain how the tax system masks the true, and unfair effect it has on the poor (in particular) — and everybody else — except those at the very top of the income scale, that is.

Once we go beyond the taxes the BBC used to reach their verdict – income tax, and national insurance contributions – we can see the effect that other taxes such as VAT, fuel duty, and council tax have on those at the very bottom of the income scale, compared to those in the middle and the very top. 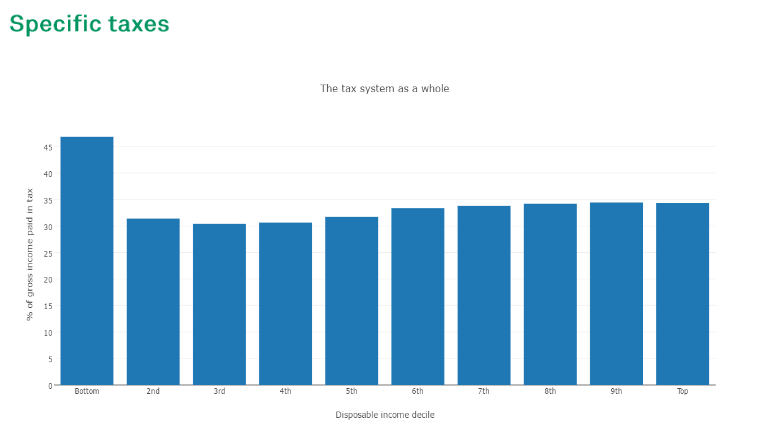 We can also that the very richest are paying less in national insurance than you would expect, and certainly less than those who are earning less money than the very wealthiest — the upper middle-class — just as McDonnell claimed in the BBC article.

Why then has the BBC neglected to look at all the evidence before reaching a judgment? Why would they rely on the IFS, why are the IFS findings different to those of the the Equality Trust?

Well, that might have something do with the fact that the IFS is essentially a neoliberal right-wing think tank. Boasting a wide range of corporate members, the institute rakes in huge numbers of donations every year from some of the countries most profitable private companies including Deloitte, HSBC, Lloyds Bank and Shell. 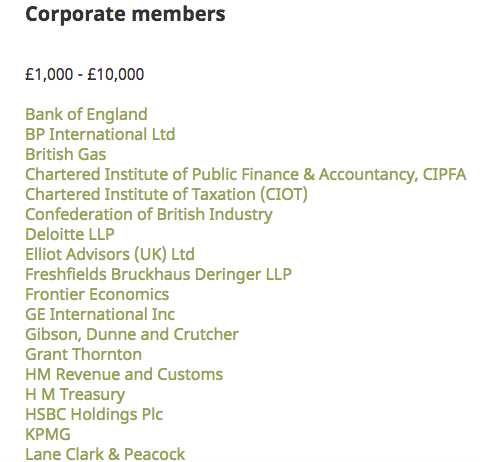 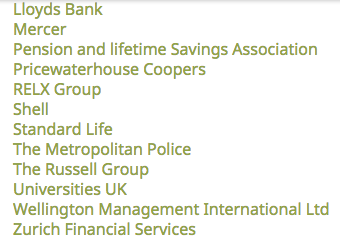 The IFS says that its corporate members account for around 1% of their funding and that they rely mainly on government funding from sources such as the Economic and Social Research Council, and UK Government departments.

This blend of corporate and government funding surely means that the IFS cannot seriously be considered to be independent and non-political. Given the policy suggestions and research by the IFS it should be no surprise that top funders include the Department for Work and Pensions (DWP), AXA (a private insurance company — including healthcare) and a plethora of other neoliberal right-wing think tanks.

Even the BBC’s Reality Check series has called into question the impartiality and independence of the IFS before, such as in this article from the last general election.

Although this article mentions the IFS corporate funding — the BBC fails to give any examples of who the corporate funders are and why this should rightly define the IFS as being very far from independent and impartial.

The article mentions Richard Murphy — the founder of Tax Research UK who has for a long time been deeply critical of the IFS’s supposed independent status. They quote Murphy as saying that the IFS has a ‘neoliberal view’ of economics, but Murphy appears in the article as a lone voice with the BBC providing no supporting quotes to back his claim, despite the huge array of evidence we have provided in the article being freely available.

The Reality Check article that attempts to dismiss McDonnell and Corbyn also uses scraps of evidence from the Resolution Foundation — a think tank that is funded by the billionaire insurance broker Clive Cowdery, and headed by the former Tory Minister for Universities and Science David Willets — Willets also sits on the Council of the Institute for Fiscal Studies.

Are we really expected to believe that either of these think tanks is politically impartial and unbiased? Given that a former Tory cabinet member is a part of both of them?

That sounds ridiculous, doesn’t it? Well, that’s because it is.

The BBC also uses a projection by the treasury to further evidence their judgment that McDonnell is living in cloud cuckoo land. 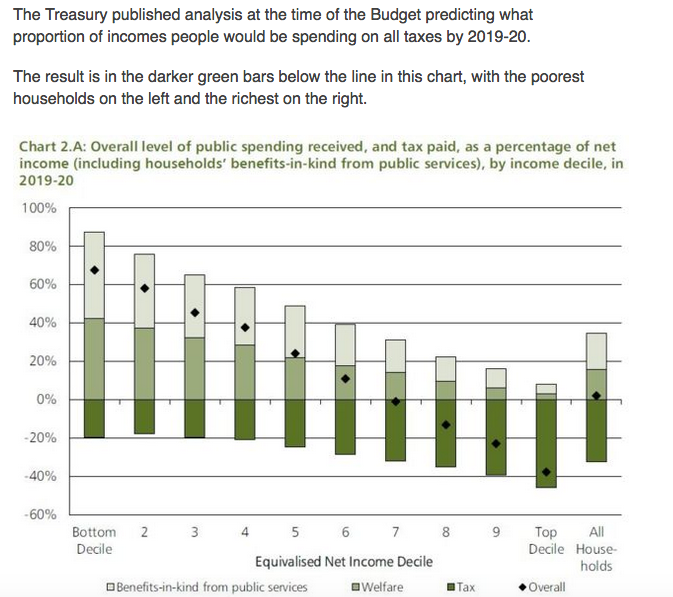 The fact is that projections from the Treasury mean little to nothing anymore — how many years of austerity until we got rid of the deficit did Osborne predict? Did those projections or targets ever get met? No, the Tories have racked up over £700 Billion in debt since coming to power — so basically these projections mean nothing. It is also not clear whether or not they have included the other forms of tax that the Equality Trust has — so who knows if this projection means anything, at all.

Both the IFS and the Resolution Foundation have done some good work on highlighting the problems of low pay and wealth inequality, but how much can we really trust these clearly partisan institutions to actually present policies and evidence that will reverse these trends?

The BBC regularly cites both of these think tanks as if they are non-partisan and independent: clearly that isn’t the case — and clearly there are far better sources of information out there from truly independent and impartial sources such as The Equality Trust.

And so this begins what will no doubt be an endless onslaught of BBC propaganda designed to totally discredit Corbyn, McDonnell, and Labour during the general election.

The BBC would clearly rather discredit Corbyn’s Labour using neoliberal right-wing corporate-funded think tanks – masking them as independent, non-political sources when they simply aren’t — than bother to fulfil their public service remit to inform the public of their political choices. This is especially damaging to the process of democracy itself, and given the fact we’re now in the midst of yet another general election the damage will no doubt be amplified.

All we ask is that the BBC acts as it’s supposed to: as an impartial, unbiased, fact-based broadcaster for the benefit of the population and democracy.

Of course, that’s too much to hope for in this day and age, isn’t it?

The BBC are the ones who need a reality check.