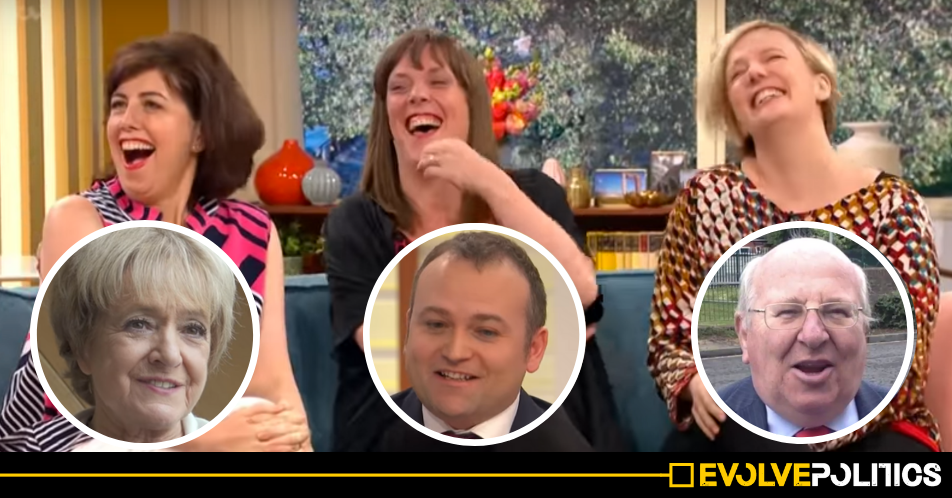 In a despicable attempt to try and damage their own party’s image with working people, twenty right-wing anti-Corbyn Labour MPs have shamefully rebelled against the orders of Jeremy Corbyn’s Labour leadership by voting against a bill that would see some of the lowest earners in the country handed a desperately-needed pay increase.

The twenty rebel MPs, who have nearly all made their opposition to Jeremy Corbyn’s leadership abundantly clear over recent years, voted against a budget proposal to raise tax thresholds for 32 million workers, including those earning low salaries.

The bill ensures that the lowest earning workers in Britain were able to earn more money before paying tax. But the bill also hands tax cuts to those in higher tax brackets.

The rebel MPs argued that they could not support the bill on principle, because it also handed tax cuts to more well-off workers during a period where Tory austerity was seeing money taken away from vital services, and whilst low earners and those out of work and in desperate financial positions should be prioritised.

However, ever-eager to try and damage the opposition, the Conservative Party decided to cleverly bundle all of the tax cuts into just one vote to create precisely this division amongst Labour MPs.

MPs are now voting on budget resolution No.5 which sets the basic rate limit and tax free personal allowances (£12.5k per year) for 2019-20. Result at 530pm pic.twitter.com/eHd6B4uJpo

Had the Labour leadership opposed the bill rather than abstaining as they did, the Conservative Party would have used the very line we have used in our headline to argue that Labour did not have the best interests of the lowest earning workers at heart because they voted against a bill to hand them a pay rise.

However, the 20 rebel Labour MPs seem to have ignored this blatantly obvious repercussion, and many Labour supporters now believe they have done it, not out of principle, but in a desperate and shameful attempt to try and damage the reputation of both their own party, as well as Jeremy Corbyn’s leadership.

And when you see some of the names of the 20 rebel MPs, it becomes clear exactly why supporters of Jeremy Corbyn have been led to believe that it was simply a ploy to damage their own party.

Furthermore, a poll conducted on Twitter, surveying over 1,300 people, found that 89% of respondents believed the rebel MPs chose to oppose the bill to try and hurt Corbyn’s leadership.

The likes of Phillips, Gapes, Hodge, and Kendall – whose pro-neoliberal political views put them firmly on the hard right of the Labour Party – have made their opposition to Corbyn extremely clear over recent months, and the fact they are now trying to attack the Labour leadership for not being left-wing enough is an utterly ridiculous development.

In 2015, just before Jeremy Corbyn was elected as Labour leader, the then acting Labour leader Harriet Harman ordered the party to abstain on a disgraceful Tory welfare bill – a decision which caused uproar amongst the vast majority of Labour members.

The 2015 Tory bill proposed imposing £4.5Bn of cuts to tax credits for some of the lowest earning workers in the country, and the then Labour leader Harman believed that voting against such a bill would somehow be a betrayal of public opinion.

Needless to say, both Jeremy Corbyn and John McDonnell were two of just 47 Labour MPs who decided to vote against the shameful Tory bill.

However, 184 Labour MPs decided to toe the line and abstain – including, you’ve guessed it, all of the right-wing anti-Corbyn MPs who are now attempting to attack Corbyn from the left.

So much for those “principles”, eh.